The word on the island of Krakoa is "messy," as the children of the atom struggle with the cost of making choices in Immortal X-Men #2. An unexpected one of their number makes an all-star turn, and the result is well worth seeing.

The mutant nation of Krakoa is ruled by a group called the Quiet Council, twelve members divided into seasonal groups of three, with futuristic mutant power duplicator Hope Summers replacing the recently stepped down Magneto. The problem is that the immortal mutant Selene wanted the spot and does not take losing with any sense of sportsmanship, mutating the plant-based teleportation gate to Mars into a gigantic monster before disappearing to London. Mutants join together to try and take down the monster, showing many character moments and giving Hope the chance to do something spectacular and unexpected.

This Kieron Gillen script would wear out the casts of several Fast and Furious movies, and it's a wonderful thrill ride. The artwork presented by Lucas Werneck, David Curiel, and Clayton Cowles likewise gives this framing that would make the Russo Brothers cheer. The London sequences, in particular, are gorgeous, but even the facial expression with Exodus when he works with Hope carries a lot of narrative weight.

If you'd like one pulse-pounding installment of Marvel's merry mutants, this issue is ready to scratch the itch. The stakes are very immediate and palpable, and everything you really need to know is on the page. That's hard for an X-Men book, but it's great to see. RATING: BUY.

Immortal X-Men #2
By Kieron Gillen, Lucas Werneck
EMERGENCY COUNCIL MEETING! Magneto leaving the council means big shoes need to be filled. Selene demonstrating her foot size by crushing the whole island beneath it is unorthodox, yet compelling. Can the Quiet Council resist? 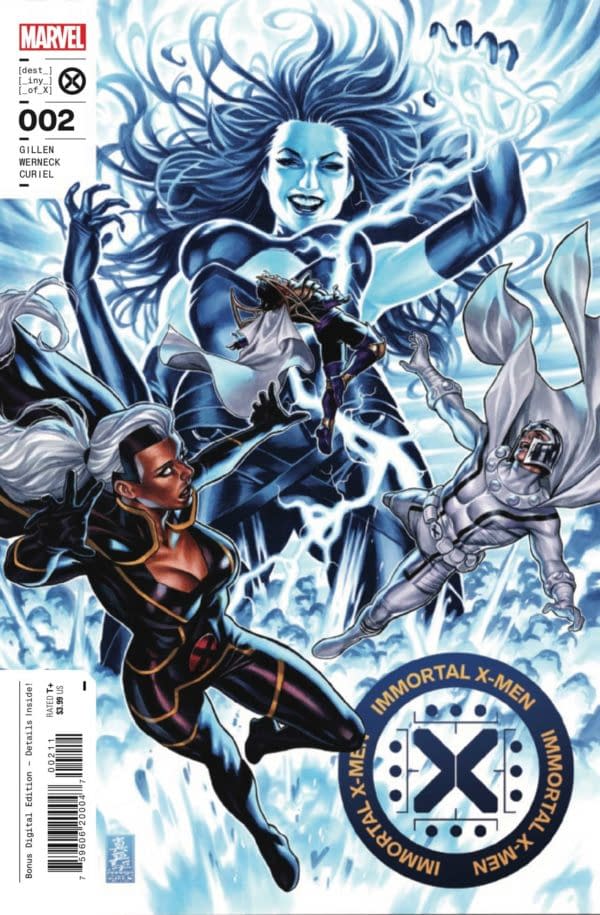