As with the previous mini-series, The Kill Lock: The Artisan Wraith #3 escalates another truly mean, delicious storyline into something really fun.

The summary: a society of robots sentences their worst criminals to something called a Kill Lock. They are bound at a quantum level to three other condemned beings, and if one dies, all of them do. It's a means by which the merciless must learn mercy or die trying. The problem is when an Artisan, one of the keenest minds this society can craft, gamed the system and found a way to jam his ruthless brain into the body of a Wraith, a relentless engine of destruction feared by literally everyone in this culture. This creates an opportunity to build an entire world of malcontents and miscreants, and the larger interstellar robot community does not want that. Of course, that means violence is on the way, with mixed results that can only escalate.

The genius of Livio Ramondelli is on display here as he fleshes out this cosmic culture of repression and order. With a singular voice presenting this entire work, it's a science fiction miracle of such depth and scope that it should be lauded. From the frustration of the Resolve Class to the clever retorts of "the most consequential beings in existence," everything that happens here is interesting and relevant.

There's not much track left for this train, but the trip has been fantastic thus far, and — if we are going by the previous mini-series — this one will be just as good. RATING: BUY.

The Kill Lock: The Artisan Wraith #3
By Livio Ramondelli
The Wraith is one of the most mysterious bots in the universe. Its mechanisms are known almost exclusively to its own kind, the fanatical Wraith Legion. So how does one bring down an unbreakable Wraith body with an Artisan's unbeatable mind in it? When the Kill Lock and the Resolve Class isn't enough, call for reinforcements-though who knows if the Wraith Legion will come to collect their own. 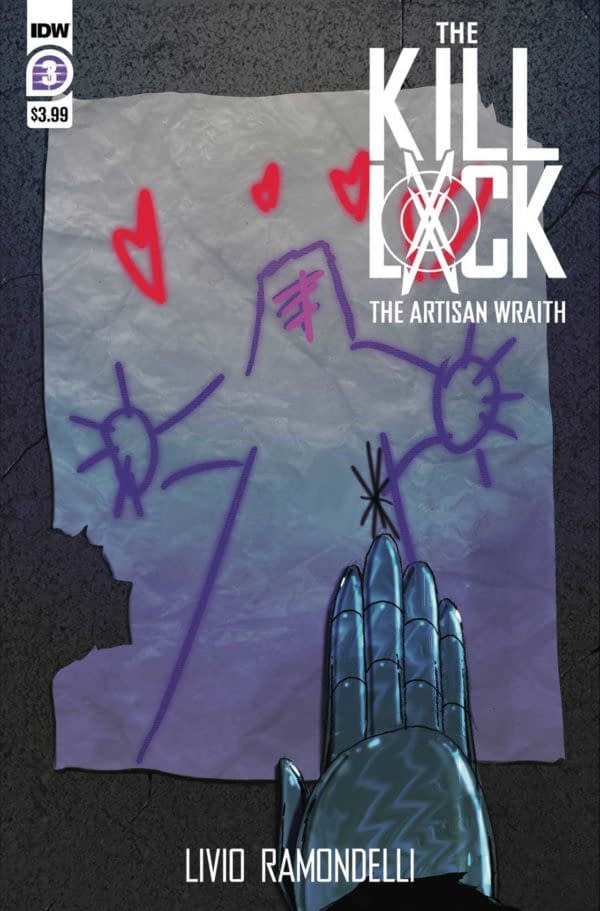 Review by Hannibal Tabu
8/10
In space, everyone fears the Wraiths. Will they act when they discover the body of one of their own has been co-opted by a murderer with the mind of a genius?
Credits
Editor
David Mariotte

The titular Monkey Prince explores his family history in this preview of Monkey Prince #6... can he overcome his Monkey Daddy Issues?

After helping to pioneer the horror comic book in 1947, Avon returned to the genre during the Pre-Code Horror boom with an Eerie series.

X-Cellent #5 Preview: The Fate of Fluff

Fluff has been splattered like a ripe tomato in this preview of The X-Cellent #5, in stores Wednesday from Marvel.

The solicit promises the fall of Batman Beyond in Batman Beyond: Neo-Year #4, but it doesn't happen in this preview. At least, not yet.

After a very synergistic stint at Marvel, Conan is moving on to greener pastures: Titan Comics. Can he survive this preview of King Conan #6?