PrintWatch: The first issue of Witchblood from Vault Comics has sold out at Diamond Comic Distributors one week ahead of release. Its second printing with a Vault Vintage cover by Nathan Gooden and Tim Daniel is a homage to José Luis García-López and his cover to Jonah Hex #1.

The second printing of Witchblood #1 will hit store shelves on April 28th, the same day as Witchblood #2. Witchblood is co-created by writer Matthew Erman and artist Lisa Sterle, with colours by Gab Contreras, letters by Jim Campbell, and design by Tim Daniel.

A modern, Wild West road trip about a witch named Yonna cruising the Southwest as a band of bloodthirsty biker vampires, The Hounds of Love, hunt her scattered coven for the source of all magic: witch blood. From the critically acclaimed creators of The Modern Witch Tarot Deck and Long Lost comes WITCHBLOOD, a blend of action, lore, and Americana-perfect for fans of Buffy and American Gods.

PrintWatch: Radiant Black #2 by Kyle Higgins and Marcelo Costa from Image Comics, has also sold out at Diamond and has gone back to print with a new cover by artist Tom Reilly.

Yesterday: Nathan found an alien artifact that turned him into a superhero. Today? His dad says he has to get a job, so driving for rideshare company Drivr it is. Oh, and in Radiant Black #2 he discovers that there's also someone else out there robbing banks—with powers just like his.

PrintWatch: Nottingham #2 by David Hazan and Shane Connery Volk from Mad Cave Studios, has joined the first issue in going to a second printing, on the 13th of May, alongside the first printing of Nottingham #3.

Second Printing !  A murder at the heart of the castle shakes Nottingham to its core. As the Sheriff and Captain of the Guard scramble to root out a traitor in their midst, more of Ev's dark and tragic past is revealed.

PrintWatch: Caliber Comics has sent its zombie anthology Mississippi Zombie #1 back to print. The anthology is a collaborative effort from Second Sight Publishing and Caliber Comics. The anthology stories are based solely in Mississippi. Each tale will represent a standalone story that coincide with the overall single story of an outbreak happening in the South.

(W) Bradley Golden, Alex Barranco, Joe Wight, Marcus Roberts, Peter Breau, John Breau (A) Phil Williams, Antonio Acevedo, Rod Espinoza, Dan Gorman, Shaun Barbour (CA) Spike Jarrell
It was the year 2000. Reports of rabid animal attacks began to occur in the northern parts of U.S. Many blamed these assaults on the environment. Once bitten, humans found themselves transformed into beings akin to zombies. The last place uninfected was the great Mississippi region. Well that was then… this is now. The walking dead have begun to make their presence and creatures are crossing the Mississippi River. Life has become an ongoing struggle for survival. Collected here are five of humanity's apocalyptic nightmares! SRP: $16.99

PrintWatch: And Electric Black #1 by Joseph Schmalke and Rich Woodall from Scout Comics is going back to a second printing for June. 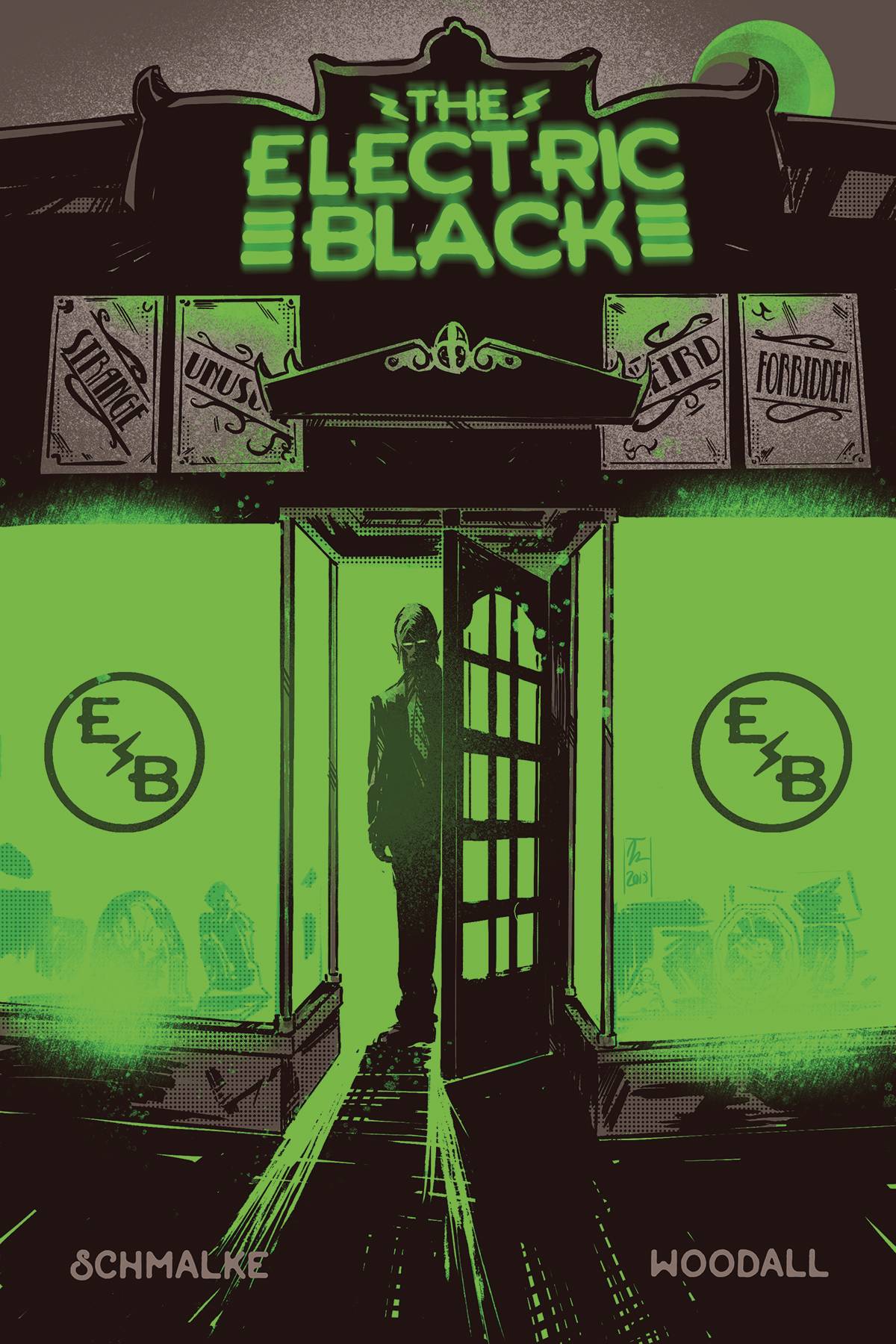 The Electric Black is a cursed antique shop, appearing in any time or space, soliciting customers it hungers to corrupt or devour. The mysterious Julius Black is the store's demonic proprietor and narrator. He, along with his psychopathic employees, regularly manipulates patrons for their own devious purposes. The poor souls that enter never leave without something. It's dark light will shine on macabre mysteries, grisly murders, and other frightful occurrences. Dare you step within its sinister halls?In Shops: Jun 23, 2021 SRP: $3.99

It's Barry Windsor-Smith time at the 2021 June 17 - 19 Comics & Comic Art Signature Auction #7244 auction from Heritage, which may be their most

Today sees the publication of Heroes Reborn #7 and spinoff Heroes Reborn: Weapon X And Final Flight one-shot. The latter of which gives us a Wolverine who

Comic book creator John Paul Leon died on the 2nd of May 2021, after being diagnosed with cancer, at the age of 49. One of his final projects was the

Kids Love Chains - that's the name of Donny Cates' first arc on Crossover at Image Comics. It is the phrase that Donny seized upon from Todd

It's Barry Windsor-Smith time at the 2021 June 17 - 19 Comics & Comic Art Signature Auction #7244 auction from Heritage, which may be their most

Today sees the publication of Heroes Reborn #7 and spinoff Heroes Reborn: Weapon X And Final Flight one-shot. The latter of which gives us a Wolverine who

Comic book creator John Paul Leon died on the 2nd of May 2021, after being diagnosed with cancer, at the age of 49. One of his final projects was the

Much has been said about what Planet-Sized X-Men means for the future of mutants, but what does it say about a very popular Wolverine theory?