Hong Kong's English language newspaper The South China Morning Post reported this morning that people in China are already up in arms about the announcement of the Shang Chi movie.

I totally saw this coming. In fact, I was surprised it took this long for the internet in China to react. The remarks on Chinese social media confirmed what I expected:

"You used Fu Manchu to insult China back in the day, now you are using Fu's son to earn Chinese people's money, how smart."

"It's common in American comics that a superhero is the son or daughter of an evil villain, but the problem is Fu Manchu has already become a symbol of discrimination against the Chinese."

"There are many other Asian characters they could choose from but they had to choose this, it's no wonder they are being criticised."

Asian-Americans already hate Fu Manchu as a symbol of racism. They have for decades.

In Marvel comics, Shang Chi is the son of Fu Manchu, a yellow peril villain created by pulp novelist Sax Rohmer back in the early 1900s. Rohmer knew nothing about Chinese culture when he created the character for a bunch of pulp novels, an evil doctor and mad scientist hatching evil conspiracies while the noble and stoical British heroes Sir Dennis Neyland Smith and Dr. Petrie ran around trying to thwart his schemes.

Fu  Manchu is the ultimate Yellow Peril archetype. He dressed like a Mandarin even though only officials in the Chinese imperial court dressed like he did. He had slitty eyes and long fingernails and spoke in cod-aphorisms. He was inscrutable and cunning, always plotting. He poisoned and plotted murders, played chess with people's lives. The Mandarin in the Iron Man comics is a rip-off of Fu Manchu.

A whole bunch of movies were made since the 1930s all the way to a spoof in the late 1970s called The Fiendish Plot of Fu Manchu where Peter Sellers played both the evil doctor and Neyland Smith. The late exploitation producer Sir Harry Alan Towers spent the 1990s trying to get financing to relaunch the Fu Manchu 'franchise' but nobody bit. I was actually in the room when some of those meetings took place. "Fu Manchu" isn't even a proper Chinese name.

It's rather telling that Fu Manchu has never, ever been played by a Chinese or Asian actor. It was always a white Anglo actor in slant-eyed make-up, including Christopher Lee and the aforementioned Peter Sellers, who at least played it for ridiculous comedy. That movie was still racist, though. It was the 70s. 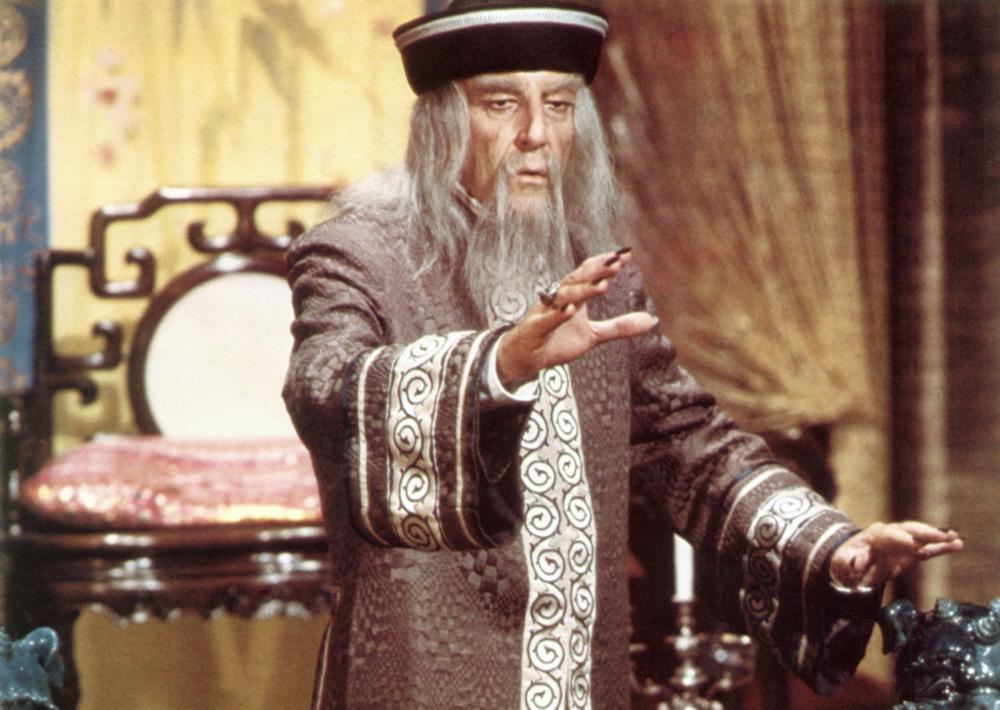 There was no way a Shang Chi movie would escape the stigma of racist because he is the son of Fu Manchu. The irony here is that Marvel Comics were trying to cash in on the Kung Fu craze at the time but couldn't get the rights to the "Kung Fu" TV series starring David Carradine, so they went off and licensed Fu Manchu instead from the Sax Rohmer Estate. Marvel just thought, "I know, let's do series where Not-Bruce Lee is Fu Manchu's son and he's a good guy fighting his dad!" Because the 70s.

There was no way a Shang Chi movie was going to escape the charge of racism because he's the son of Fu Manchu, the ultimate symbol of anti-Chinese racism. Sure, Marvel no longer has the rights to use Fu Manchu, and they announced the basic premise of the movie would still be the same: Shang Chi would discover that his father, a "Chinese globalist", was in fact evil and decides to fight against his evil schemes. That's still Fu Manchu with the serial numbers filed off and no less racist. It plays into the stereotype of a scheming Chinese supervillain. Shang Chi would just come off as "one of the good Asians". Again, no less racist.

When I heard the announcement for the movie early this week, I felt that Marvel Studios hiring an Asian-American screenwriter to adapt the story was just putting lipstick on a turd. It gives the studio cover to say, "But we hired an Asian to write it, so it can't be racist!" And Marvel's recent record for Asian representation has been horrible. The Netflix shows have been full of awful racist Asian stereotypes. The Hand in Daredevil and Iron Fist has been a dreadful Mystic Asian stereotype where the writers totally made them up and mixed and matched the hoariest tropes from Chinese and Japanese martial arts to create a mishmash of cod-ninja idiocy. And don't get me started on the awful Chinese stereotypes in Iron Fist where they couldn't even get it right. Did those writer's rooms even have anyone who was Asian or Chinese in them?

The only reason Chinese social media hasn't slammed the Iron Fist show nonstop is because they don't get Netflix in China. People in China probably haven't heard about it and didn't bother even pirating it to watch it. Why would they? They already have authentic martial arts shows and movies made by and for actual Chinese people to watch. 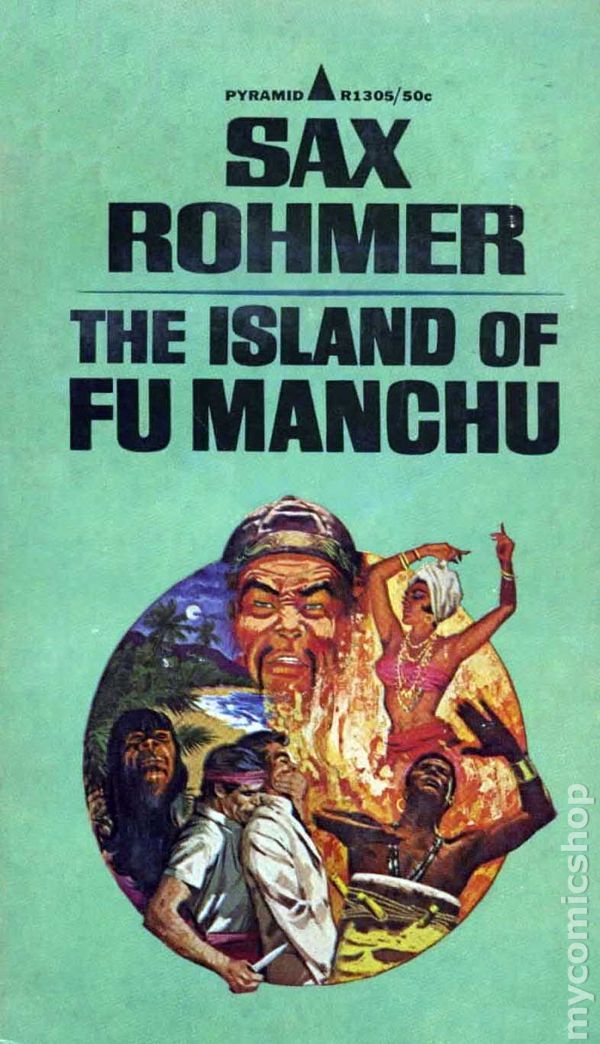 Of course, some people will say, "Come on, let's give this movie a chance. It hasn't even been written yet" and "Why can't we have a Chinese villain?" The answer to the latter is that in the Chinese villain becomes a representation of his culture because of the sheer lack of representation of rounded Chinese characters in American movies. A "globalist mastermind" isn't just a character but a symbol and a metaphor, and there is no way even the smartest screenwriter can get rid of the xenophobic taint it carries at a time when America is entering a trade war with China and accusing China of underhanded policies. It ends up sending an anti-Chinese message whether Marvel Studios intends to or not.

And given that China is one of the biggest markets for Marvel movies, it looks like Marvel Studios might have a PR nightmare on its hands. I'd love to be a fly on the wall for how they're going to spin this.

The Hollywood Reporter quoted Marvel Studios expects the Shang Chi movie to "break out in a way similar to Black Panther earlier this year."

Good luck with that, guys.

The Falcon and the Winter Soldier: MCU Loves Evil Versions of Heroes

The Falcon and The Winter Soldier is another example of the MCU's love of having its heroes fight evil versions of themselves.

CBC's Kim’s Convenience aired its final episode this week, and cast members gathered for an aftershow to discuss what might have been.

The Way of the Househusband: Great Manga, Worst Anime of the Century

The Way of the Househusband is one of the funniest manga comedies out there- and it's now one of the worst anime series of this century.

Call of the Night: An Odd, Funny Vampire Teenage Romance

Call of the Night is a pleasant surprise, a new take on vampire stories and romances that we didn’t see coming. It also finds a new metaphor with vampires

AWA Studios will launch The Boys and Preacher creator Garth Ennis' Marjorie Finnegan: Temporal Criminal #1 on May 5th, and it has made many fans and

Sony Pictures Animations has announced the directors for Spider-Man: Into the Spider-Verse 2. It will be released on October 7, 2022.

Vin Diesel has been tapped to star in and produce a Rock Em Sock Em Robots film for Universal Pictures and Mattel.

The Flash began filming today, and director Andy Muschietti revealed the logo for the film on his Instagram.

What do you all think of the new teaser trailer for Shang-Chi everyone? The Marvel Studios hero hits theaters September 3rd.