In the recent Marvel solicitation copy, the full title of their HOH mini-series has been classified. "What does H.O.H stand for?" I asked… I was given the nod that it was Hulk-related… but what? House Of Hulk? Hall Of Hulks? Haberdashery Of Hulk? They said they wouldn't reveal the title until the final panel of the last issue of Fall Of The Hulks.

Then in an interview with Comic Book Resources, Marvel Editor Nate Crosby let it go.

"Hulk" #21 and "Incredible Hulk" #608 are gonna blow your socks off (I suggest just taking the socks off now, to avoid said blowing). And you might have noticed recently that there are a couple issues in April called "Hulked-Out Heroes" that you really, seriously, totally don't want to miss. Jeff Parker. Humberto Ramos. Trust me.

Hulked Out Heroes. Well you know what that means don't you? Captain America, Iron Man, Wolverine, Spider-Man, all that – all hulked up. Smashing things. Going "Thor Smash!" or whatever.

Didn't we have this a while ago?

Still, Nate has a point. Jeff Parker. Humberto Ramos. Who's for Spider-Hulk Round Two?

UPDATE: The cover is a bit of a giveaway too, of course… 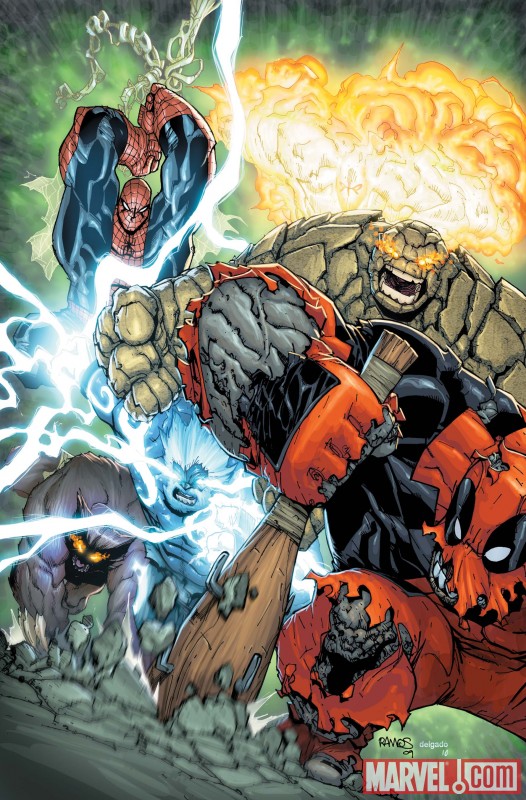