Jolt is yet another pulp female action thriller that has its tongue in its cheek and its boot in someone's face. Its high concept is a heroine with impulse control issues to the point where she needs to shock herself with an electrical jolt, so she doesn't violently beat someone up. When the nice guy she's dating is murdered, she sets out to kill the people who killed him.

There's a comedy of incongruousness that runs through Jolt: Kate Beckinsale plays the heroine with an English dorkiness that undercuts the more cliched parts of her character. Stanley Tucci feels odd and displaced as her mad scientist psychiatrist who developed the vest that electrocutes her. Jai Courtney is a big red flag as the "nice guy" she takes a shine to whose murder sets her on her warpath. Bobby Carnavale and Laverne Cox are oddly quaint as a pair of clichéd wisecracking cops whose behaviour can only be found in movies and not real life. The movie is shot in Bulgaria using anonymous streets and a backlot built to vaguely feel like New York City but is still off because it's largely a backlot. It feels almost experimental for a B pulp movie.

Jolt is the latest entry in the female action genre that's been chugging along for years since Salt, then further kickstarted by the success of John Wick, resulting in Atomic Blonde, and most recently, The Old Guard and Gunpowder Milkshake. It seems to be Christmas for screenwriters who like to write comic book stories featuring violent women in a world that doesn't look like the real world at all. There is nothing remotely realistic about the fantasy world or the way the characters act in it. That means not a lot of research needs to be done because nothing in these comic book crime fantasy worlds is authentic. Jolt could have used perhaps one or two more rewrites before the cameras rolled. As such, the movie feels like a showreel for director Tanya Wexler. The whole movie is held together by Beckinsale's slyly goofy performance. 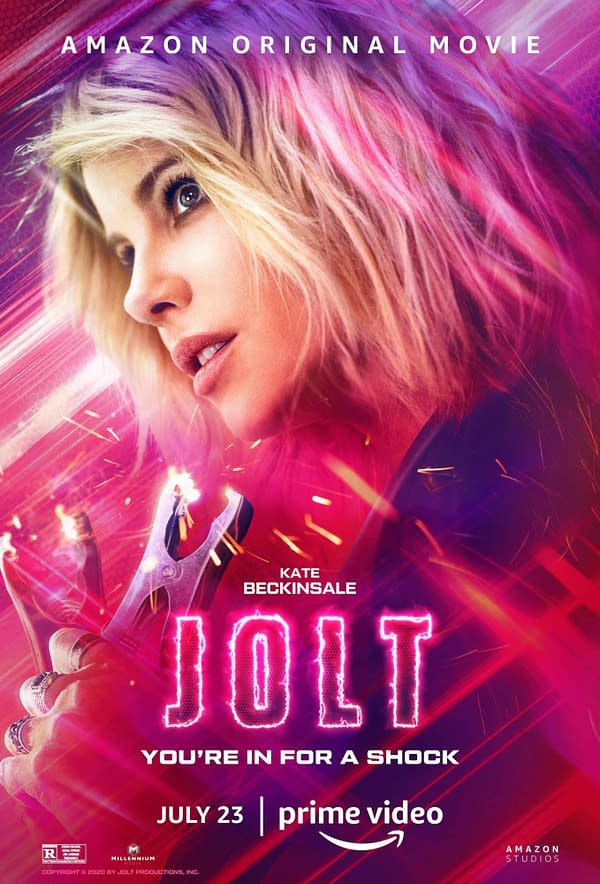 Shudder has released the trailer for sleek vampire thriller Dead & Beautiful. It hits the horror streamer on November 4th.

Everything Coming To HBO Max In October: Dune, Newark, More

Here is everything coming to HBO Max in October, including Dune and The Many Saints Of Newark same day they open in theaters.