It's not entirely unknown for a Pixar movie to have an end of credits sting of some sort. They've been known to have mid-credit scenes, fictitious bloopers, or the characters just messing around the credits, but the new Onward movie going on general release has none of these things. There is no fathomable reason to sit through the credits until the bitter end… unless you are the geekiest f geeks (like me).

Because if you do sit through all the names of all the many animators from all over the world, get past the song credits and all those company logos (so many logos), there is one thing.

A tiny recognition of the ownership of a couple of things that are mentioned in Onward, that are part of the world of Wizard Of The Coast's Magic: The Gathering – including the famed Gelatinous Cube. Which, given how much of the in-movie role-playing games resemble Magic: The Gathering, is a fair enough nod. Maybe the movie might be enough to see a surge of new Magic and D&AD gamers enter the field? Though maybe a more prominent credit might have been needed…

Here's what I thought of the movie as a whole. Onward is on general release in the US and the UK on March 6th. I know. 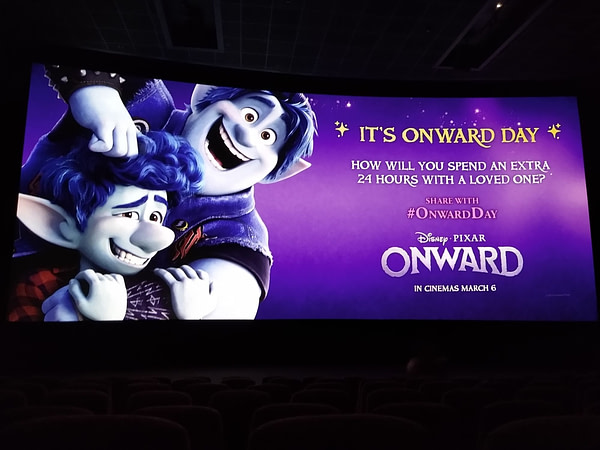 Teenage Mutant Ninja Turtles was created by Kevin Eastman and Peter Laird as a parody of Daredevil, incorporating the work of Frank Miller and company on

What's Next for James Bond 007 after No Time to Die?

No Time to Die is coming to the end of its theatrical life and marking the end of Daniel Craig's run as James Bond. Change is coming. It's going to be

Birds of Prey has gotten a baffling "made for TV" type of edit on HBO Max despite still being listed as an R-rated movie.

The Last Duel bombed at the box office. Ridley Scott’s Medieval legal thriller based on a well-documented true story was lavish, expensive, and had

Encanto Review: It's Magic, We Don't Have To Explain It

Let's talk about Encanto and the idea that you should forgive family members that are toxic to you simply because they are family.

Halloween Kills will arrive on 4K Blu-ray on January 11th, and a Steelbook is also up for preorder at Best Buy.