The Munsters is far and away an utter disappointment. Though keeping some of the charms of the original series, this is to the detriment of the film. Rob Zombie has somehow made the most expensive-looking episode of the series while also making one of the cheapest-looking films of the year. Adding to that is a cast that is doing half-baked impressions of the original cast, no narrative to speak of, and an insufferably long run time, and you get one of the worst films in a long time.

The stated run time for The Munsters is 110 minutes, and you feel every single one of them, though you swear that it is double that. This is the story of how Herman Munster (Jeff Daniel Phillips) was created and met Lily Munster (Sheri Moon Zombie) and her father, The Count (Daniel Roebuck). Other than that, there is not a single narrative throughline. The characters deliver their lines like there will be a laugh track over them, and it is painful to watch them all struggle. This also includes the many different musical scenes, where everyone is off key and you wonder to yourself what you did to deserve this.

The Munsters was campy fun when it was originally on the air, and Zombie deserves some credit for keeping that spirit in some instances. It actually might work less because this film is in color. Because of that, and what was surely a minuscule budget, it looks incredibly cheap. Expensive when compared to the original series, but all awash in green and dark. It zaps all the campiness right out of the film and leaves it lifeless. As far as the cast is concerned, Phillips is going for zany and cannot pull it off; ditto for Sheri Moon Zombie as well. The only good performance here, and the only thing that works at all, is Roebuck as Grandpa, who comes closest to the original series character he is portraying. He is genuinely funny.

Other than that, this is completely forgettable. We as a society would do well to forget it as well. It is a shame, Zombie himself is such a fan, and most were genuinely curious and excited about seeing him make a film that wasn't a gore fest. Even Universal, which could have just thrown this on Peacock, sold it to Netflix. What does that tell you? Universal sent us a copy of the Blu-ray for this review, and not even the physical release is good. The transfer used on the disc is grainy and lacking, and the prospect of watching it again with Zombie's commentary filled me with dread. There is also a one-hour making of on the disc that is probably better than the film itself cause Zombie always does a great job with those.

The Munsters is terrible. It is out on Blu-ray, digital, and Netflix today. 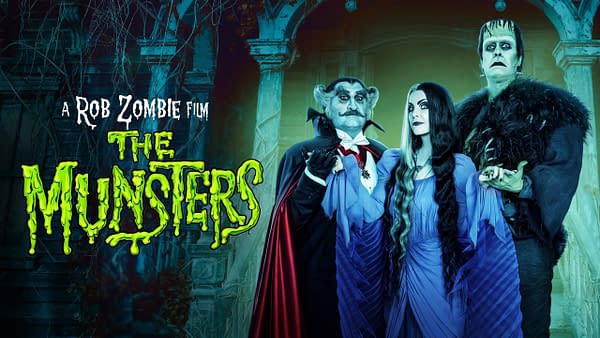 Review by Jeremy Konrad
0.5/10
The Munsters is terrible. It is one of the worst films of the year.