The Power of the Dog features some of the best performances you'll see all year with gorgeous cinematography, a fantastic ending, and an almost horror movie-like atmosphere proceeding over the entire enterprise.

Director: Jane Campion
Summary: Charismatic rancher Phil Burbank inspires fear and awe in those around him. When his brother brings home a new wife and her son, Phil torments them until he finds himself exposed to the possibility of love.

It might seem like the western is making a return in recent years, and in some ways, it is. However, it's not returning in the traditional sense, but it is returning so people can subvert the genre. In some films, this is much more apparent. At Netflix, The Harder They Fall is giving a voice to the black cowboys that were often ignored or forgotten by pop culture. The Power of the Dog doesn't look like it's going to subvert anything until the end of the movie, which won't be spoiled here because it is awesome. However, it explores the nature of the cowboy and the toxic masculinity that sometimes comes from that lifestyle.

We see this playing out through the point-of-views of two brothers, and both actors are putting in some fantastic performances. Almost everyone in this movie is going to get buried by Benedict Cumberbatch when it comes to talking about performances. He's playing probably one of the biggest assholes we'll see on screen this year, and he is doing it so well. He is an asshole in extremely obvious ways, but he also plays low-key psychological warfare with everyone in his life. It's the kind of performance that sets your teeth on edge and also makes you wish someone would kick his teeth in as well.

However, while Cumberbatch is very good, he's not the best in the cast, and it's a shame that all of these other more subtle and understated performances are going to be pushed to the side because Cumberbatch is just so overwhelming. The real standout and the one that is probably going to be talked about the least is Kodi Smit-McPhee. His performance as Peter and the way he moves around the film really makes it feel like a horror movie at times. He does things that are just a little off, he speaks in a way that is just not right, and he looks at people like he sees too much. As the movie goes on, you think you know where his character arc is going, but rest assured that you do not. He's going to take you by surprise by the end of this movie, and it's really a stunning performance that hopefully, people will be talking about once The Power of the Dog gets a wide release.

Jesse Plemons and Kirsten Dunst are also bringing some absolutely stunning performances that, once again, lean on the more subtle side. Plemons is playing a character that is supposed to be falling into the background, and he truly does an excellent job of showing the conflict in a man that's trying to blend his brother with a new wife. Dunst is likely going to get some serious awards nominations for this performance, and she deserves it. Rose is a woman that is trying her best in a world that is doing its best to beat her down, and watching not only slowly lose her grip on her life but her own sanity as Phil psychologically breaks her down is both compelling and almost nauseating to watch. However, the two of them are keeping everything much closer to their chests with their performances until everything just starts to spiral. It's not just that Cumberbatch and his performance overwhelms the movie, but that Phil and his presence in this story are overwhelming to everyone around him and not in a good way.

Director Jane Campion crafts a truly beautiful-looking movie. It's supposed to take place in Montana, which is beautiful don't get me wrong, but they made the decision to shoot in New Zealand. There are moments when you're sitting there, and the scenery of everything is just so stunningly beautiful. Campion and cinematographer Ari Wegner do an excellent job of drawing attention to the beauty of the world around these people. It makes all of the ugliness of not only the cattle business but of Phil and what he does to the people around him all the more apparent. The striking contrast of the rolling hills and the bright skies compared to Phil's cruel words and sometimes seeing brutal things like a bull castration or the slaughtering of cattle just make the entire film slightly uncomfortable to watch while also keeping you entirely entranced.

The tension and atmosphere that is present throughout this entire movie feels very much like a horror movie or something that A24 or NEON might make. The Green Knight earlier this year was an Arthurian legend by way of a ghost story, and this feels like a western with a looming feeling of dread. Things are going to go very badly for the people in this movie, there is violence hanging on the edges of everything that people do, and it always seems like Phil is one bad word away from completely losing his mind and killing someone. George is far too timid to really stand up to his brother in a way that counts, broken down by years of being verbally demeaned, and Rose has been broken down as well. The tension builds so masterfully that by the time the final reveals happen and the tension breaks, it's one of the most satisfying moments this year in ways that are incredibly hard to explain.

The Power of the Dog is one of the best films this year, and while it will stream on Netflix, it is absolutely worth looking into if it's playing in a theater near you. The stunning scenery is best seen on the big screen, and the performances are beautiful to watch. If you're unable to see it on a big screen, this is still one of the best movies of the year and something you should seek out on Netflix. These performances will be ones people will be talking about going into the last few weeks of 2021 and into the 2022 awards season. If the statement "if A24 made a western" sells this movie for you, then absolutely check it out. If you're just someone who appreciates excellent performances with a great atmosphere and a fantastic ending, then this is also the movie for you.

The Power of the Dog 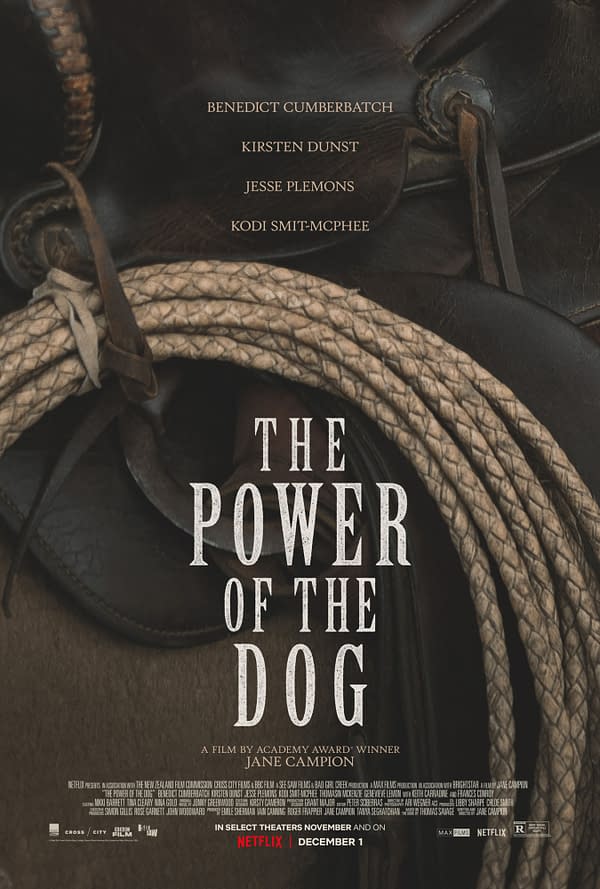 Review by Kaitlyn Booth
10/10
The Power of the Dog features some of the best performances you'll see all year with gorgeous cinematography, a fantastic ending, and an almost horror movie-like atmosphere proceeding over the entire enterprise.

Scream Fans: Catch Up With The Franchise In New Recap Video

Before you go see the new Scream recap the entire series thanks to a new 17 minute video from Alamo Drafthouse.

Alison Brie will join John Cena in a new action comedy called Freelance which will begin filming next month.