Hey gang!  So while NXT had advertised Ember Moon vs Sarray earlier today, this evening things changed and WWE reported that Moon was not medically cleared and so with that, her replacement for tonight's match would be Dakota Kai.  Is Moon really injured or are we about to learn she has joined the ever-growing list of unemployed former NXT stars?

Dakota Kai starts the show off by hitting the ring and cutting a promo on her former partner, NXT Women's Champion Raquel Gonzalez.  Kai slams Gonzalez and says she's only found success because of her help and at NXT TakeOver 36, she's going to take her title.

A very technical, fast-paced match with lots of reversals and transitions.  These two are very evenly matched and have very good chemistry in the ring.

After a while, the match transforms into a slugfest, with each woman bringing out their best striking offense.

We see a picture in picture of Raquel Gonzalez arriving at the arena and looking pissed.

Things wrap up with Kai hitting the Kota Kick for the pinfall.

After the match, Kai goes for another kick on Sarray, but Gonzalez dives into the ring and runs her off through the crowd.  Gonzalez then grabs the mic and cuts a promo on Kai saying she will never get her belt.  The crowd is booing her the entire time and just shitting on her.  If they thought they were turning someone who the fans don't respect and who conducts themself like a shithead online into a sympathetic babyface, they're in for a rude awakening.

Next, we go to a video of Indi Hartwell preparing for her first date with Dexter Lumis.  Meanwhile, in the house, Johnny Gargano and Candice LeRae are complaining about the situation, but Gargano says they have to make it work to hold onto her.

Lumis arrives with flowers, Gargano interrogates him, and haha's ensue.  This plays out throughout the night in different segments, which get painfully unfunny.

We now go to Hit Row inside a trailer with a flaming trash can, where they cut a promo on Legado del Fantasma for what they did to them last week.

Ilja Dragunov makes his way to the ring in his debut on NXT (though he's not dressed to wrestle).  He cuts a promo to hype his NXT UK Championship match against Walter at NXT TakeOver 36.  He promises that he will beat Walter at the event and end his reign when he is interrupted by Pete Dunne.

Dunne says he owes him a thank you for putting the NXT UK on the map.  Dunne says that if he were still in NXT UK, he would have put Dragunov in his place himself.  Dragunov then challenges Dunne to a match tonight, which Dunne accepts.

We now go to a backstage interview with LA Knight and Cameron Grimes, where he's questioned about abandoning Grimes in their tag match last week.  Knight defends himself and says he was letting Grimes handle things himself.

An under a minute squash here.

After the match, Knight orders Grimes into the ring to shine his boots, when Ted DiBiase makes his way to the ring.  DiBiase tells Grimes that he knows he's a man of his word, but he wants more for him.  He then says Grimes should challenge Knight for the Million Dollar title one more time at NXT TakeOver 36 and Knight says he'll do it, but if he wins, DiBiase becomes his butler.  DiBiase says he likes gambling and accepts.

Pretty much just a squash here and a showcase for Dolin, who wins by pinfall.  Side note, her theme music sounds almost identical to her ex-husband's, AEW star Darby Allin.

Back in the ring, NXT GM William Regal is surrounded by security guards, where he announces that at NXT TakeOver 36, Adam Cole will face Kyle O'Reilly, which will be their final match to settle everything.  He then demands they both come to the ring, which they do.

Regal says the match will be a two out of three falls match, where each of them will pick a stipulation and if it goes to the third fall, Regal will pick it himself.  O'Reilly says the first fall will be a straight pinfall or submission, as he thinks beating Cole clean will destroy his ego.  Cole then says he wants to beat O'Reilly to a pulp, so the second fall will be a Street Fight.

O'Reilly says he smashed Cole into the steel steps because Cole taught him to and he says he's willing to do anything to put him down for good.  Cole says for 13 years he's been riding his coattails, but will never be Adam Cole and will just be a footnote in his career.

He continues that O'Reilly has no killer instinct and is soft.  They come to blows and security separates them.  Regal then tells them that if it comes to the third fall, it will be inside of a steel cage.

Next, we have a backstage promo from Tomasso Ciampa and Timmothy Thatcher where they call out Ridge Holland.

HUGE size difference here and they play with that the whole match.  Baxter tries to use his speed to avoid Jones, but Jones is all over him and tossing him like a rag doll and the crowd loves him for it, chanting his name the whole time.

Baxter is able to chop him down a bit, but Jones is way too much and makes short work of him, hitting a big turnaround slam to advance to the tournament finals.

He does a ringside post-match interview, where his personality is infectious and it seems like everyone just loves this guy.

We now go outside Regal's office, where we see Kushida and Malcom Bivens exit, followed by Regal, who says that next week we will see MSK vs Imperium for the NXT tag titles and Kushida vs Roderick Strong for the NXT Cruiserweight title.

A decent short big man vs small man match where each gets their showcase moments.

As Maverick takes over, Mei Ying spits something in his eyes and Boa catches him with a big roundhouse kick to the head for the pinfall.

We now go to a video package hyping Karrion Kross vs Samoa Joe.

A vicious, hard-hitting strong style match here with both men putting on a show!  This is many fans' first time seeing Dragunov and he's not holding back for them.

This one feels like a legit fight and you can hear the impact of everything they're doing.  This is wrestling that would sell out Madison Square Garden in the 1940s and sell out the Tokyo Dome today.

After beating the absolute hell out of each other for 20 minutes, Dragunov hits a top rope senton splash and it's then that Walter's music hits, and the NXT UK champ makes his way to the ramp, distracting Dragunov and allowing Dunne to hit the Bitter End for the pinfall.

After the match, Walter hits the ring and goes after Dragunov with hard slaps, but Dragunov fights back and knocks Walter out of the ring.  He poses with the NXT UK title belt as NXT goes off the air.

Interesting show here tonight.  Not great, but interesting.  It was a bit slow and very unfocused, but I did appreciate seeing them give attention to new faces like Gigi Dolin, Boa, and the UK superstars.  It's clear that NXT is in a state of flux right now and they're trying to throw things at the wall and see what sticks.  We'll see how that turns out. 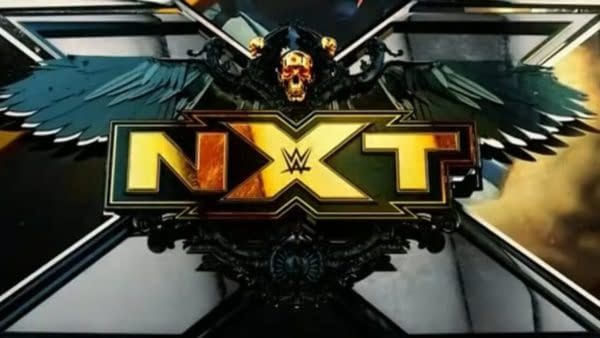 Review by Ryan Fassett
5.5/10
Not much happened tonight and it felt like they didn't know how to fill two hours. It was nice to see some new faces featured and given matches and the main event match was killer, but it didn't feel like a complete product tonight and the comedy stuff with The Way was brutally unfunny.

WWE Overhaul: Retire Vince, Cut the Comedy & More Ways to Save It

Many fans think the quality of the WWE has never been as bad as it is right now so here's how we would save pro-wrestling's slow-sinking ship.

Would Triple H Ever Leave WWE To Start His Own Wrestling Company?

Would WWE legend Triple H ever leave to form his own wrestling promotion? Fans have been wondering that and now we have an answer.

Our preview for tonight's WWE SmackDown, which will see Brock Lesnar return from suspension as he looks for revenge against Roman Reigns.

WWE returns to MSG for their annual Holiday show this month and it will be headlined by two big title matches inside a steel cage.