As viewers continued coming to terms with Jesse's series-long sermon from "The Book of Genesis" coming to an apocalyptic end with the upcoming fourth season, AMC offered up three first-look images from and a synopsis for the final season of adaptation of Garth Ennis and Steve Dillon's comic book series Preacher. That was on May 15, 2019 – a month at the time of this writing. Have you noticed something missing?

A trailer? A teaser? Some preliminary interviews? Throw us an extra image or two?

For a show that's helped AMC earn the "cutting edge" programming reputation that it currently holds (and one that's premiering August 4), I was expecting a ton of early promotion – but to say we've been lacking would be a 10-ton understatement. Some perspective? Amazon Prime has promoted Seth Rogen and Evan Goldberg's The Boys since before last year's New York Comic Con (NYCC), in October 2018 – and that doesn't premiere until late July. AMC's own (amazing looking) The Terror: Infamy premieres eight days after Preacher, and so far there's been at least 2-3 teasers for its debut.

In the meantime, thankfully we have the cast and social media to thank for some new information, including Julie Ann Emery (Featherstone) and her Instagram post from Friday that let fans know that filming in Melbourne, Australia, ends next week:

While Graham McTavish introduces fans to the Saint of Killers' "friend," a glaring selfie, and two looks at his filming location (with an emphasis on the last one, which raises some questions…):

Look like until then, we're going to take a page out of doG's playbook and wait… patiently…

Did someone say my name? pic.twitter.com/CRLkxScaN5

A Look Ahead to AMC's 'Preacher' Season 4

Here's what we do know about the end-of-the-world madness that awaits us when Preacher returns to AMC on Sunday, August 4, 2019, at 9 p.m. ET.; followed by the initial announcement video of the show's return as well as a teaser overview of the upcoming season:

As the series inches closer to the finale, God's endgame for the universe begins to click into place. Trapped between heavenly prophecies, hellish prisons, and all-out nuclear war, Jesse, Tulip, and Cassidy make their bloody way to the Most High. Whether they can reach God in time — or whether all this carnage is part of His divine plan — will soon be revealed as "Preacher" barrels towards the end of the world.

When we last left The Saint of Killers (Graham McTavish), he was marching out of Hell and heading straight for a showdown with Jesse (Dominic Cooper), Tulip (Ruth Negga), and Cassidy (Joseph Gilgun). Doing his best Lone Wolf and Cub homage with a still-brooding-over-being-in-Hell-for-no-reason Arseface (Ian Colletti) in tow, The Saint is looking to engage in a high-body-count airing of grievances – and if even Satan himself couldn't stop the cursed gunslinger, what chance does even a Genesis-fueled Jesse have?

Except that Jesse and Tulip are on their way to save a captured Cassidy from the clutches of a now feeling very scorned Herr Starr (Pip Torrens) and the unholy might of The Grail. 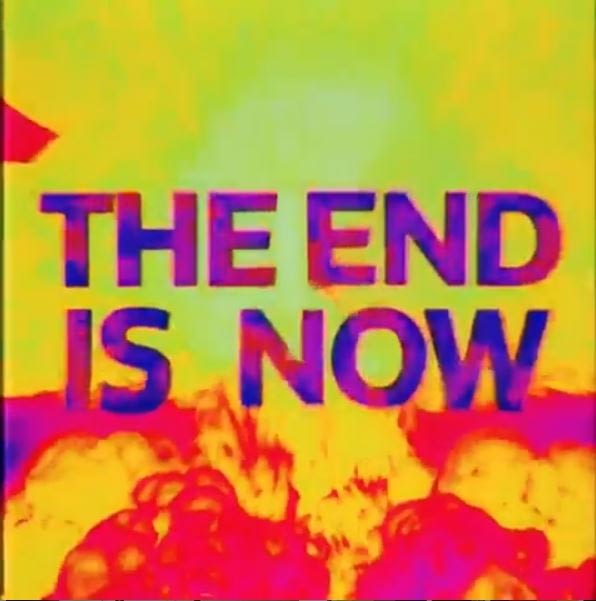 Joining the cast during the final season as a series regular is actor/musician Tyson Ritter, frontman for The All American Rejects – but in this universe, we know him better for his will dual role of Jesus Christ and modern messiah-wannabe Humperdoo, previously appearing in five episodes in a recurring role.

Based on the DC Comics/Vertigo comic book series from Ennis and Dillon, Preacher follows West Texas preacher Jesse Custer, his badass ex-girlfriend Tulip, and an Irish vampire named Cassidy as they embark on a road trip to find God and are thrust into a twisted battle spanning Heaven, Hell and everywhere in between.