Alfred Pennyworth is dead, in the Batman comic books, killed by Tom King (#29 on the power list). Not in The Batman's Grave though – unless he is an illusion of Bruce. And not in Doomsday Clock either, and the rest of DC Comics are going to have to use a sledgehammer to get that near-future story back into DC continuity proper. And a number of comics, such as Detective Comics, had managed to keep themselves set before City Of Bane, somehow. But now the effect is starting to ripple out. Detective Comics #1018 is the latest to realise… as Bruce Wayne plays with his Bat hounds in the snow. How very Christmassy…

And throughout today's DC Comics titles are ads for Batman #86, by James Tynion IV, Tony S Daniel and Danny Miki, revealing the Batman rogue gallery that we have heard of, Joker, The Riddler (ignoring his recent status twist?), Harley Quinn, The Penguin and Catwoman… and rubbing everyone's faces in the dead Pennyworth situation.

How mean. And you can catch up with the new Batman villains right here… 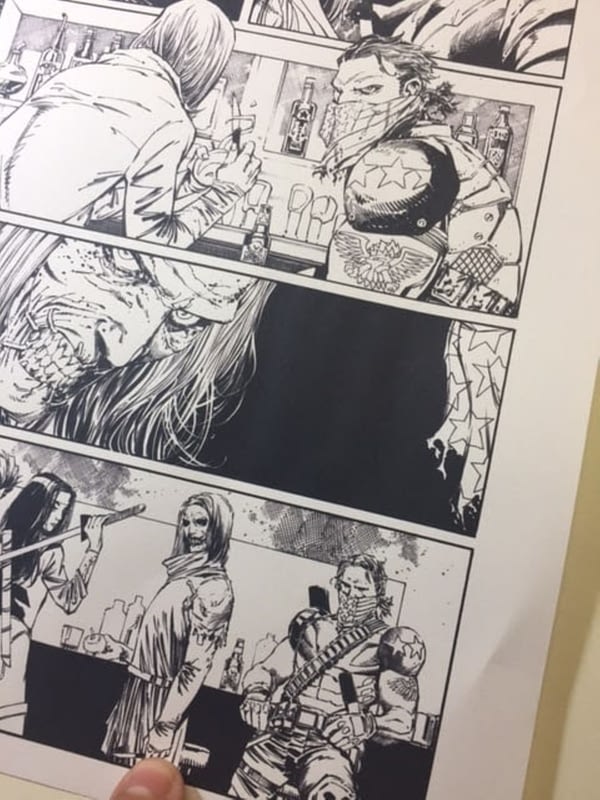 DETECTIVE COMICS #1018
(W) Peter J. Tomasi (A) Scott Godlewski (CA) Rafael Sandoval, Jordi Tarragona
In the aftermath of "City of Bane," the Dark Knight has found himself cold, alone, and missing one of the very foundations of his life as both Bruce Wayne and the Batman. But personal problems will have to wait-a mysterious series of deaths have been peppered throughout Gotham and it seems an element of the supernatural is at play in the form of a monstrous pagan spirit. Can Batman silence the demons within to stop the killing? Or will this silent night be for keeps?In Shops: Jan 01, 2020 SRP: $3.99

Detective Comics #1018 is published today by DC Comics in all good comic shops. I bought mine from Piranha Comics in Kingston-Upon-Thames. Piranha Comics is a small south London comic store chain with a small south-east store in Kingston-Upon Thames's market centre, which runs Magic The Gathering nights on Fridays, and a larger south-west store in Bromley, which also runs Magic nights and has an extensive back issue collection and online store. If you are in the neighbourhood, check them out.

Not everything has to be about launches, not even in the first month of the year. Mad Cave Studios will have the latest issues of Battlecats, Bountiful

Not everything has to be about launches, not even in the first month of the year. Mad Cave Studios will have the latest issues of Battlecats, Bountiful