Bleeding Cool gave you your first look at the big bad of JJ Abrams, Henry Abrams and Sara Pichelli's Spider-Man, one Cadaverous. At the Diamond Retail Lunch earlier today, comic shop owners got to see Sara Pichelli's concept art for the character. Both dressed and undressed – if you can call it that.

Here's what we saw previously… 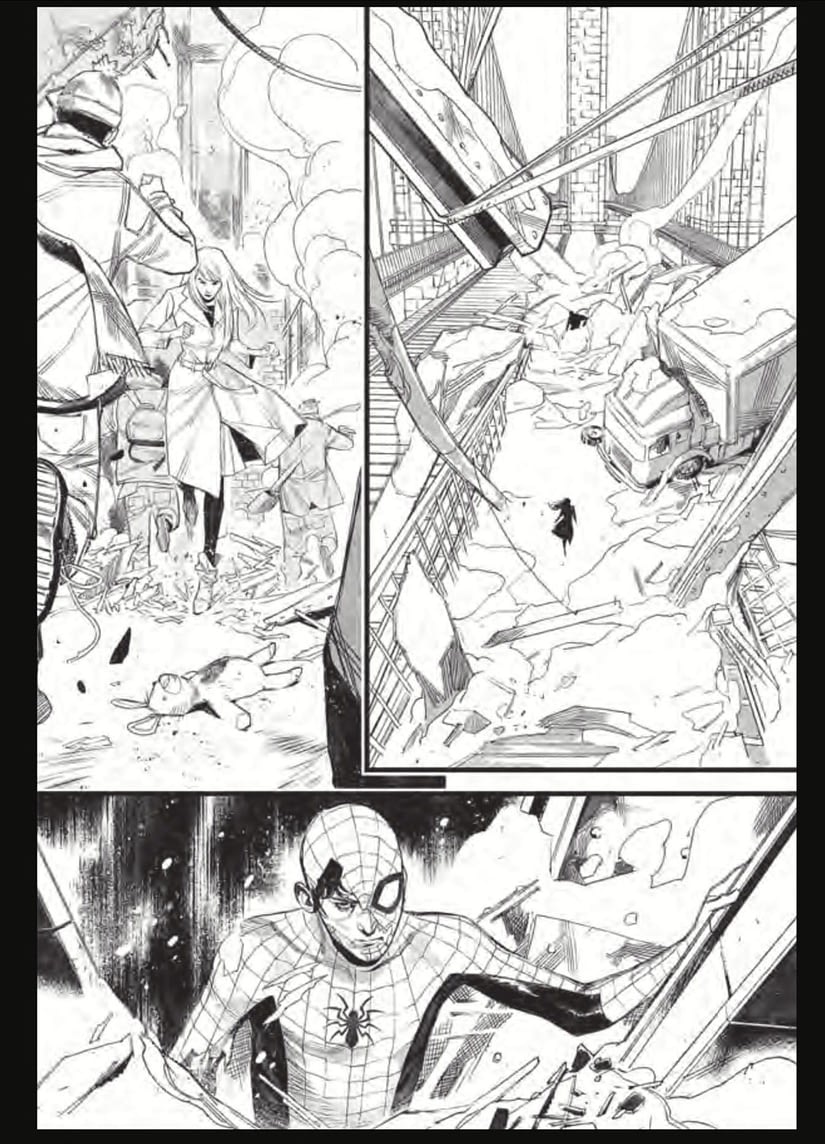 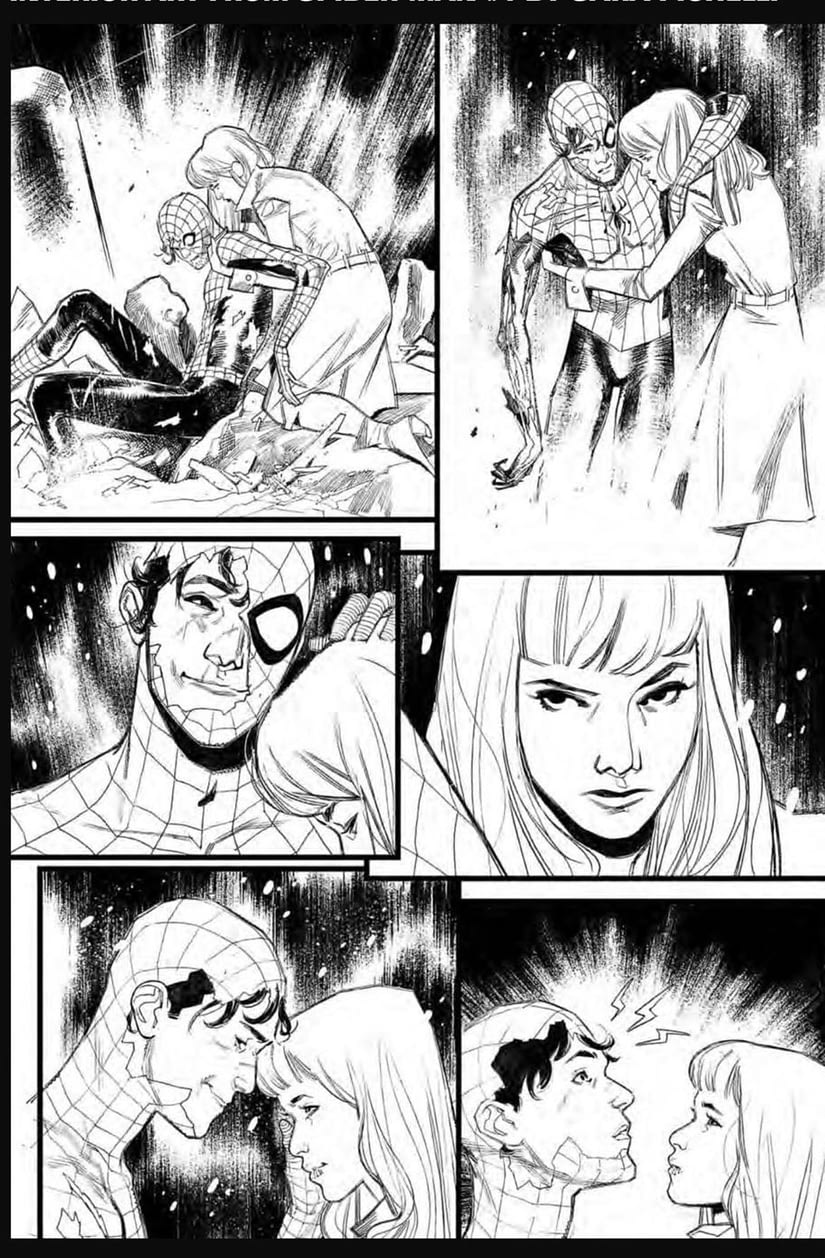 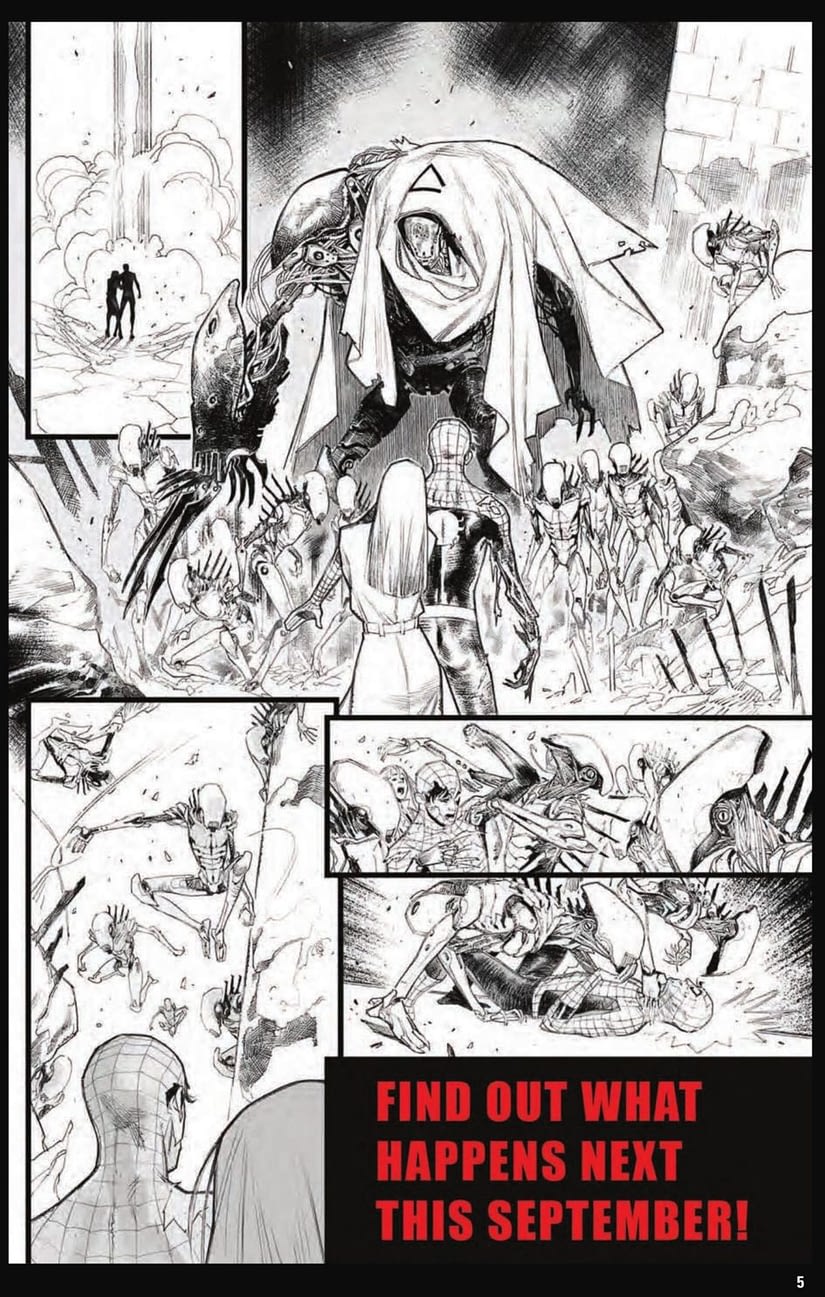 SPIDER-MAN #1 (OF 5)
(W) J. J. Abrams, Henry Abrams (A) Sara Pichelli (CA) Olivier Coipel
WHO IS CADAVEROUS?!
The most shocking and incredible comic of 2019 is here as J.J. ABRAMS (STAR WARS, STAR TREK, SUPER 8) and his son HENRY ABRAMS are joined by superstar artist SARA PICHELLI (MILES MORALES, GUARDIANS OF THE GALAXY) team up for SPIDER-MAN! What do they have planned for Peter Parker and Mary Jane Watson?! Who is Cadaverous?! The Modern Master of Mystery Makes His Marvel this September!
Rated T
In Shops: Sep 18, 2019

Keep an eye on more from the Diamond Retailer Lunch at San Diego Comic-Con with this handy Bleeding Cool tag.