Despite the protests of Image Comics founder and CFO Erik Larsen as James Vascardi is predicting Boom Studios and/or IDW will take their crown, I'm hearing that Boom has scored another victory in the increasingly acrimonious creator-owned comic wars.

After full series reprints of Doctor Kieron Gillen & Dan Mora's Once & Future, JT4 & Werther Dell'Edera's Something is Killing The Children and Matts Kindt & Smith's Folklords, it seemed like Boom may have reprinted enough series to keep up with the demand brought on by new readers flocking to the company's new launches and driving the company's market share over 4% for the second time in a row in December. Being within 2% of Image's market share is something Boom could only have dreamed possible…and the stuff of nightmares for Image.

I'm hearing Image Comics founders have privately expressed their frustration at Boom's ascent in 2019 – powered both by creators who usually brought their work to Image first along with Boom's homegrown talent too – and that all eyes are on Si Spurrier & Christian Wildgoose's upcoming Alienated #1 releasing on Feb 12 from Boom.

Both of Spurrier's recent non-Boom creator-owned releases in Angelic #1 from Image and Motherlands #1 from DC/Vertigo each sold around 12,000 units. Earlier books of his for Boom, Six Gun Gorilla only scraped around 8,000 sales, Spire and Coda around 10,000 while Cry Havoc #1 from Image Comics was closer to 25,000.

Could this demonstrate the reversal of fortunes? After a quiet January that's left many retailers frustrated at the lack of big new series launches – sorry Catesbronies, the $20 Thor #1 trading card doesn't count – it may well be that readers looking for a new favourite series target Alienated #1 en masse. But will there be enough copies for everyone?

I mean, eventually, yes. They just might have to go through a few printings first. 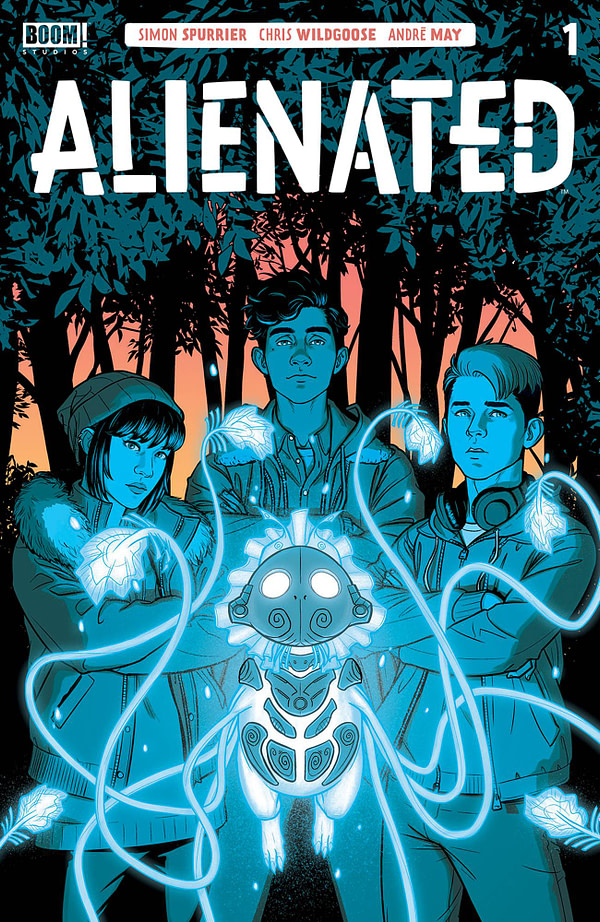 Ten Thoughts About Doctor Who: The Vanquishers – The Three Doctors?

Another week and back on the right timezone, welcome to Ten Thoughts about the Doctor Who Flux Finale, The Vanquishers, just aired on BBC COne and BBC

The Eternals returned for a 12-issue miniseries in 1985 under writer Peter B. Gillis and penciler Sal Buscema. According to comic-book historian Peter

At the end of Fortnite Chapter 2, in a battle with the Cube Queen, the Island of Fortnite completely flipped over, sending its players scattered across

Hulk #1 Review: This One is Intriguing

With an intriguing new science-fiction take on the storied monstrous concept, Hulk #1 brings forth an unexpected antagonist and twists the property in

Star Wars: Heir To The Empire #1 Up For Auction, Thrawn Fans

Star Wars fans will want to check out this CGC copy of Heir To The Empire #1, the first Thrawn in comics, taking bids at Heritage Auctions.