Mashle: Magic and Muscles Vol. 1 is the latest entry in the Harry Potter-derived YA subgenre. Virtually everyone knows Harry Potter by now, so it's become common to have manga and comics with a Hogwarts-like setting now. Yes, it's derivative, but at least this one is hilarious.

Set in a magical kingdom where everyone goes to the magical school, young Mashle was raised in secrecy because he is one of the few children born without any magical powers. He has a unique power, though: superstrength, the likes of which no one in the kingdom has ever seen before. When he reveals himself to the world, it makes him an outlaw, but an enterprising law officer arranges to have him enter the wizarding academy. Mashle has a directness that makes him invulnerable to the snobs and bullies around him. Anyone who tries to pull anything with him gets punched in the face. Anyone who tries to cast a spell on him gets punched in the face. Mash's plan is to punch his way to the top in this world of wizards. Literally. Who would have thought that the bad guys from a Harry Potter story getting punched in the face could be this funny?

Mashle: Magic and Muscles is really a kind of spoof of Harry Potter by asking, , "What if Superman went to Hogwarts instead of Harry?" And the results are hilarious. Mashle is singlemindedly deadpan about his mission: to get through wizarding school, and anyone who tries to do bad things to him or anyone else gets punched in the face. He doesn't care how powerful the bully is, how rich or connected their parents are. He will punch them in the face. Even if the bully is a teacher or vice-principal, he will punch them in the face. That is actually how the original version of Superman was back in 1938 – he punched bullies, big or small. It makes perfect sense that the character type would be the perfect Shonen Jump hero, an earnest lunkhead who stands up for his friends and solves problems with his fist. Who would have thought these two great tastes would taste great together?

What makes this series work is how gleefully funny it is at pushing its punchlines through Mashle solves problems by punching them. He can literally punch magic away as well as faces. Creator Hajime Komoto expertly paces out his set-ups and comedic payoffs for maximum hilarity. The manga even manages to get in themes of class warfare alongside the anti-bullying superheroics. That's pretty much the staple of Viz shonen manga these days, but not all of them make the fantasy of super-strength this funny. Mash's real superpower isn't his strength but his deadpan stubbornness. 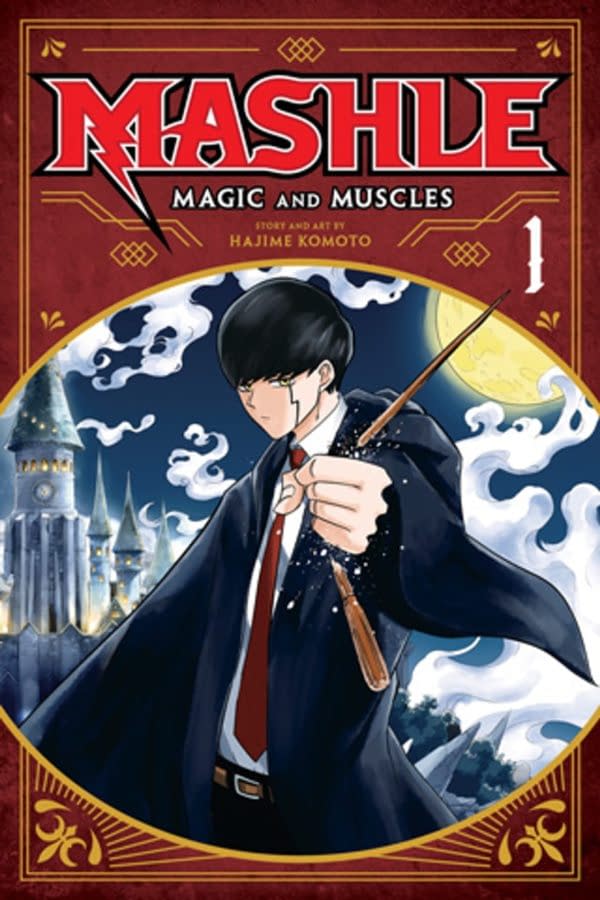 Review by Adi Tantimedh
7/10
Who would have thought, "What if Superman went to Hogwarts instead of Harry Potter?" would be this funny?
Credits
Author: Hajime Komoto
Publisher: Viz Media

Magdalene Visaggio has been tweeting about a new comic book work of hers to be announced next week - though consider this a pre-announcement. With Michael

Selfies By Sumie, an Influencer Graphic Novel by A.Y. Hashitate

Selfies by Sumie by A.Y. Hashitate is a coming-of-age middle-grade graphic novel dealing with immigration, social pressures, and family expectations

Caitlin Like's new middle-grade graphic novel, The Hundredth Voice, has been picked up by Brett Israel at Dark Horse Comics. Inspired by The Phantom of

Cancelling Guardians Of The Galaxy in Daily LITG 24th September 2021

Marvel Could Lose Copyright Over Spider-Man And Doctor Strange

The estate of the legendary Steve Ditko has served notices of termination for Marvel's Spider-Man and Doctor Strange copyrights.