Home » Comics » Recent Updates » Preview: The Goddamned Return in May with Virgin Brides

In May, Jason Aaron and R. M. Guera are bringing back their biblical noir comic book series for its second chapter. And it's set in the run up to the tale of Noah and the Great Flood from Genesis. With a holy matriarchical society under threat from man. Here's a preview of the first issue. 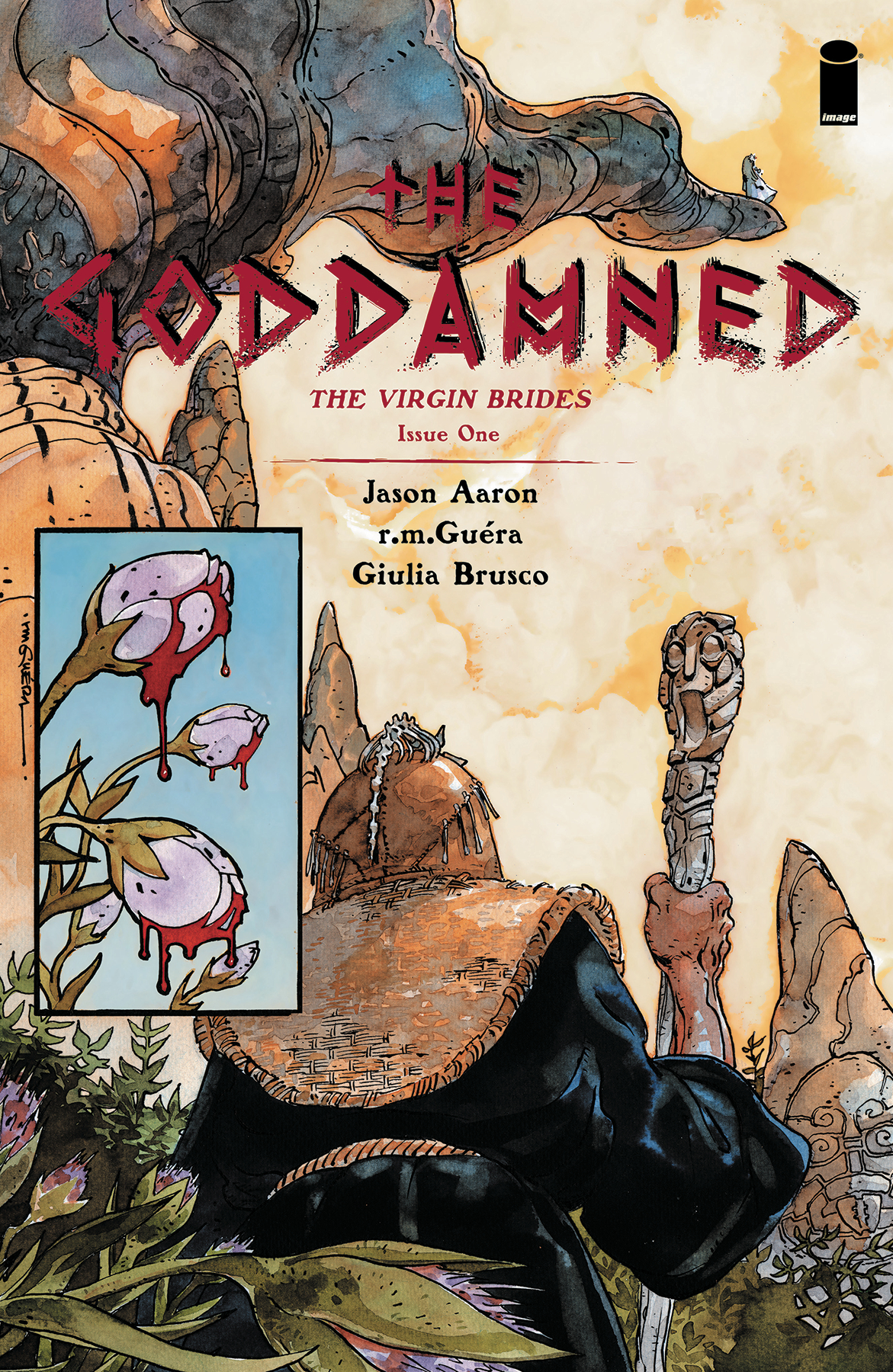 Writer JASON AARON and artist R.M. GUÃERA return to the stark and brutal world of THE GODDAMNED for the long-awaited second chapter of their biblical-noir epic.

Genesis 6:4. "…the sons of God came in unto the daughters of men. And they bore children to them…"

In the time before the Great Flood, the world of man is a place of wanton violence and unbridled depravity. But hidden high atop a mountain, there is a very different sort of world. One without men. Here, the holy sisters at a secret nunnery live in paradise, a new Eden, rearing their flock of orphaned girls to embrace their future as blessed Brides of the Sons of God. But when Sharri and Jael, two girls on the cusp of flowering, uncover what it truly means to become a Bride, they realize there's only one way to escape the bonds of matrimony: run like hell.
In Shops: May 06, 2020