Telepaths, out this week, is the latest comic series by Joe Michael Straczynski. It's reminiscent of TV series like Lost or Heroes, setting up a long-running arc with a large ensemble cast in a sprawling saga. This time, it's about what happens when everyone in the world can start reading minds.

"An electromagnetic disturbance results in the sudden awakening of telepathic powers in a tenth of the Earth's population. In the moments after the world comes to grip with this development, newly telepathic Boston police find themselves sent against a wrongly convicted prisoner who becomes a hero and leader of other telepaths trying to escape a world in which their powers will make them targets. Both are heroes of their own story, and the future may depend on whether or not trust can be found between them."

There's a similarity with Straczynski's other AWA series, The Resistance, which is ending with its second series. Like The Resistance, Telepaths begins with a cosmic event that overtakes the Earth, and everyone will emerge forever changed. The structure of AWA Studios' comics follows a common pattern: the 1st issue is always the first half of the series' set-up, with the 2nd issue completing that set up to establish the story's premise and where it'll be going. You get the cop hero and his personal problems with his marriage, then the charismatic convict who becomes a leader of a movement. The serialized format means the first issue is the equivalent of the first act or first 15 minutes of a pilot episode. You can see how Straczynski brings his experience as a TV writer and showrunner to this series. Steve Epting's art is naturalistic and realistic so that reading the series feels as much like watching a TV show as possible. It also creates setpieces no TV show could possibly afford with a global apocalyptic event at the climax of the first act where the world is shown changing overnight with multiple catastrophes. Telepaths treads a well-worn path of apocalyptic Science Fiction sagas familiar to audiences who might have grown up on John Wyndham's Day of the Triffids or The Midwich Cuckoos. This genre is usually rife with social and political commentary. Straczynski had done that with The Resistance, and Telepaths looks like it's going to be a thematic complement.

Telepaths #1 is out this week from AWA Studios. 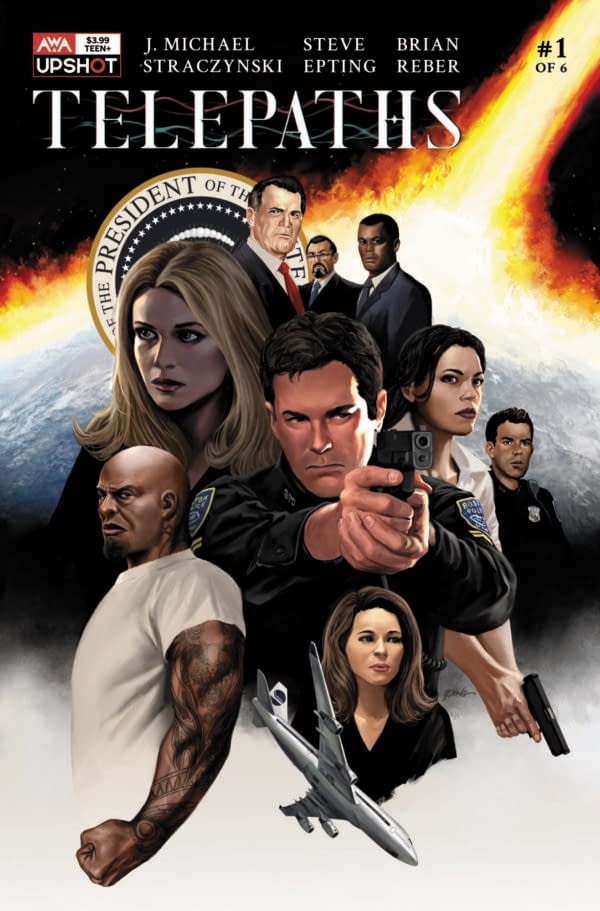 Review by Adi Tantimedh
7/10
A vast apocalyptic Science Fiction saga that feels familiar like many TV shows of its type, but that can be a comfort in itself.
Credits
Writer
Joe Michael Straczynski
Artist
Steve Epting
Publisher
AWA Studios

The Makanai: Cooking for the Maiko House Set for 2023 Netflix Release

Netflix's The Makanai: Cooking for the Maiko House is a live-action adaptation of the bestselling manga with Nana Mori & Natsuki Deguchi.

Alice in Borderland is returning for a second season on Netflix this December, picking up where the season one cliffhanger left off.

Hellbound Season 2, the hit K-drama horror series adapted from the webtoon, was confirmed via announcement video during Netflix Tudum.