[NOTE: BC EiC Kaitlyn Booth started her review of The Many Saints of Newark by noting that she has never seen The Sopranos.  After I discussed my impressions of the movie with her as someone who was a fan of the series, she convinced me to write a review from that perspective and counterpoint.  That said, my starting caveat is another matter entirely: this is the first review I've ever written. I suppose I should also say that this review will contain spoilers.]

One of the early scenes of The Many Saints of Newark gives The Sopranos fans a pretty good idea of where this is going.  The setting is the celebration of Tony's sister Janice Soprano's confirmation.  While their father Johnny is giving a speech, initially praising Janice's achievement, their mother Livia grimaces derisively at the notion that Janice had accomplished something. Her mind is not in the moment as her eyes wander around the gathering, and she could clearly care less about being there, to the point where she absent-mindedly nearly drops cigarette ash on her other daughter, baby Barbara. It's only when Johnny offers some criticism — he didn't think Janice would be able to "do her religious duties" — that Livia begins to pay attention.  It is also established both in the opening scene of the movie and in this scene that Tony's uncle Dickie Moltisanti is the person who cares about him the most — and much more so than Tony's own parents.

The story of The Sopranos series mainstay Christopher Moltisanti's father Dickie Moltisanti and grandfather "Hollywood Dick" Moltisanti dominates the first half of the film, set against the backdrop of the 1967 Newark riots.  Of course, this focus gives us our title, as Moltisanti means, "Many Saints."   But it's a scene amidst Newark chaos of another kind that provides us with some essential connective tissue between The Many Saints of Newark and The Sopranos.  While Johnny Soprano is arrested on a warrant and hauled off by police during a card game, young Tony is shown panicking on the street at the fate of his father and the scene of violence unfolding before him.  Sister Janice is also there but resolute and calm.  When she notices Tony, she asks him what he's doing there.  Tony wasn't supposed to be there, but Janice's implication is that she knows he's not built to handle what he's seeing.

Nevertheless, when the police haul the pair of siblings home to their mother, rather than going inside of his house, he chooses to run down the street towards danger again as police cars zoom by to deal with the rioting. It's clear that he'd rather face that sort of danger than his mother's withering condemnation of her children for having been brought home by police. Seeing the pair brought home in a police car (not for having done anything wrong, but simply because their father was in custody) Livia was adamant that it was their fault, while simultaneously insisting to the officer that their father had done nothing wrong.

Such moments throughout The Many Saints of Newark are far more effective than the violence that precedes them — particularly in comparison to The Sopranos.  Characters in this world kill the people they love the most.  This may seem shocking as a stand-alone story, but Sopranos fans have been through it many times and had several seasons to get acquainted with the lives of the victims in most of those cases.  From a The Sopranos fan perspective, you simply see all that coming in The Many Saints of Newark. And while The Sopranos fans may be expecting more of young Tony Soprano's early mobster days, this is not the story at all, and the alternative is not uniniteresting.

In contrast to the familiar violence and mob machinations, the idea that young Tony Soprano was not necessarily built for this world captured my attention. This notion, plus Livia's attitude towards her young children combined with that moment of Tony's panic and its implications, rises to become one of the important elements of the second half of the film.  When the Soprano family moves to the suburbs — presumably becoming more distant from Dickie's positive influence — Tony starts to get into trouble in school. Tony's school guidance counselor tells Livia that Tony is very smart, a natural leader, and insightful — which Livia scoffs at in a nearly hostile way.  The only thing that gets through to Livia in this scene is that Tony had told the counselor that a moment when his mom was kind and loving towards him was one of the best memories of his life.

But the change of attitude on Livia's part that this revelation brought on is short-lived.  In what is probably the most critical moment of the film from The Sopranos series perspective, Livia tells Tony that her doctor wants her to take a drug called Elavil for "sleeping… and other things".  WebMD tells us that Elavil is "used to treat mental/mood problems such as depression. It may help improve mood and feelings of well-being, relieve anxiety and tension, help you sleep better, and increase your energy level. This medication belongs to a class of medications called tricyclic antidepressants. It works by affecting the balance of certain natural chemicals (neurotransmitters such as serotonin) in the brain."

Vera Farmiga disappearing into the role that Nancy Marchand made famous is the stand-out performance of the film.   Livia is outraged at the notion that she needs to take such medication, saying, "I'm not some lunatic." But this revelation and the Elavil pamphlet that Livia tosses at Tony catches his attention.  Looking through the pamphlet on Elavil, Tony tries to convince his mother to give it a try — he clearly knows she is dealing with issues and that this drug might help.  His mother flies into a rage at this notion and instead accuses Tony and Janice of being drug users.  But Tony is undeterred and begs his Uncle Dickie to get some Elavil and convince Livia to take it.

This is a clear prelude to one of the main threads of The Sopranos series — where Tony Soprano begins having severe panic attacks to the point of passing out and turns to therapy and medication to help him deal with this issue.  Such issues and the steps needed to deal with them are unfortunately considered taboo by many in the world even today, and even more so in the world that Tony Soprano lives in.  These moments in The Many Saints of Newark help explain why Tony was eventually able to get help for his panic attacks even in the face of deadly consequences for doing so.  Michael Gandolfini's effort at following in his father's footsteps shines in such moments, and he adroitly channels young Robert Iler's Anthony Soprano Jr. for the role as much as he does his own father.  The result is an unexpectedly subtle and solid performance.

Of course, these subtle moments also go a long way towards answering the question of Who Made Tony Soprano.  When uncle Dickie is killed with bottles of Elavil in his pocket, the most positive influence in Tony's life and any hope for his mother Livia's improved mental health die with him. There's a final moment at Dickie's funeral scene, which makes it evident that this event was the turning point for Tony.  The Sopranos fans know who made Tony Soprano into the mob boss he became since early in the series, but The Many Saints of Newark confirms it and casts it in a more tragic light.

The Many Saints of Newark 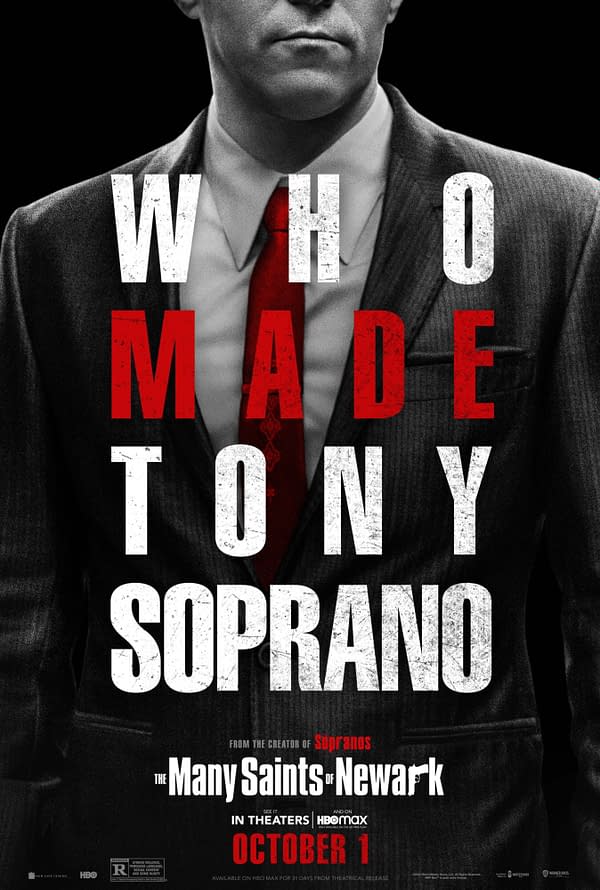 Review by Mark Seifert
6.5/10
The Many Saints of Newark will be a disappointment to Sopranos fans while still providing some important connections to the series.

The Long-Running Tiger Girl Saga from Fiction House, Up for Auction

Tiger Girl was created by artist Robert Webb and her stories ran continuously from 1944 to the end of Fiction House in 1954.

Strange Adventures lived up to its name during its run 1950-1973, and "The Space-Roots of Evil" is an excellent example of the series.

The Strange Saga of Spark Man in Sparkler Comics, Up for Auction

With the power of Static Electricity at his fingertips, Spark Man served as an equalizer against evil in his Sparkler Comics adventures.

In the Silver Age, Bill Finger and Sheldon Moldoff turned Clayface from a throwaway character into a Batman rogue's gallery staple.

Classic Mysta of the Moon Covers on Planet Comics, Up for Auction

When the God of War got humanity to turn its back on the institutions of knowledge on Earth, he forgot about Mysta of the Moon.

Five Nights At Freddy's Film Finally A Go At Blumhouse

Get ready Five Nights At Freddy's fans: Blumhouse finally has the film based on the game heading onto production this coming February.

Christian Bale talks about his experience with green screen acting on Thor: Love and Thunder and why he decided not to do any method acting.