Freeform's Cruel Summer episodes one and two are a solid start to a mystery story that doesn't seem as black and white as it seems. Freeform shows tend to swing from incredibly well-done shows and shows that miss so hard they are at risk of hitting themselves in the face. Two episodes into Cruel Summer, and it looks like they have a really good one in the works. This show focuses on two different points of view, Jeanette Turner and Kate Walis, and it alternates over each episode. The first episode is Jeanette and the second is Kate. The episodes also focus on the events of one day over the course of three different years [1993, 1994, 1995]. It makes for non-linear storytelling, but the show does a very good job of making sure that you always know which era you are in. The girls look and act differently depending on the year, and as time goes on, the show gets gloomier and gloomier. The scenes from 1993 look like they are shot in a bright and beautiful world where nothing terrible can happen, while 1995 is dark, gloomy, desaturated as the reality of what happened to these girls settles in.

The reality of what happened to these girls is one of the things that the show isn't giving away in the first few episodes. We know that Kate is kidnapped and held for almost a year, but eventually, she is freed. We know that Jeanette is the most hated person in the country by the time 1995 rolls around. By the time the first episode ends, it seems pretty clear that Jeanette might be one of our main characters, but she has to be a villain or a bad person, right? Kate's episode turns around and shows that things are not nearly as black and white as it is being presented. We see her dealing with the long-term effects of being kidnapped for her and how that is not only impacting her mental health but her relationships with her family and friends.

Usually, when stories focus on kidnapping victims, the story ends with the person getting rescued. The recovery process is so rarely shown, and Cruel Summer is not not only showing how the kidnapping impacts Kate, but it's also showing how it changed everyone in their small Texas town. Again, this isn't just something that impacts Kate though she is very much the focal point of her episodes. We see how her friends changed, her parents, what continued while she was missing and what didn't, and Kate spiraling in ways that feel extremely real. This show doesn't shy away from how this event impacted her, but it also doesn't shy away from how the accusations against Jeanette have changed her life too. No one is okay by the time 1995 rolls around, and both of these girls are suffering in extremely different ways that aren't easy to pull off.

Both of our leading ladies do a great job of showing a massive range. Everyone in this cast is essentially playing three very different people, but Chiara Aurelia as Jeanette and Olivia Holt as Kate absolutely do the heavy lifting. The show absolutely would not work without these two putting forth some really impressive work, and they are to be commended for it. We've known Holt is a hell of a find for a little while now; it's lovely to see her in another Freeform show after Cloak & Dagger, but Aurelia is putting out one hell of a performance. She has been in a couple of shows and movies, but this is only her second major reoccurring role, and she is killing it. She's a star, and both of their 1995 performances are just aces. The supporting cast is doing some great work as well, but this is a two-women show as it very much should be.

The editing between the three different years can be a bit jarring when it first starts out and Kate's transformation over the years is a little more subtle than Jeanette's, so it's a little harder sometimes to track what era you're in during Kate's episode rather than Jeanette's. However, once you know what to look for, the non-linear storytelling and alternating points of view make what could be a rather generic mystery much more interesting.

Cruel Summer isn't going to change anyone's life. Still, in terms of summer-themed teen dramas that come from Freeform, this is absolutely one of the better ones. The first two episodes set up an intriguing mystery. It's going to be a lot of fun to see this show continue to evolve over the course of the next five episodes. It's going to be really interesting to see where these two characters end up. 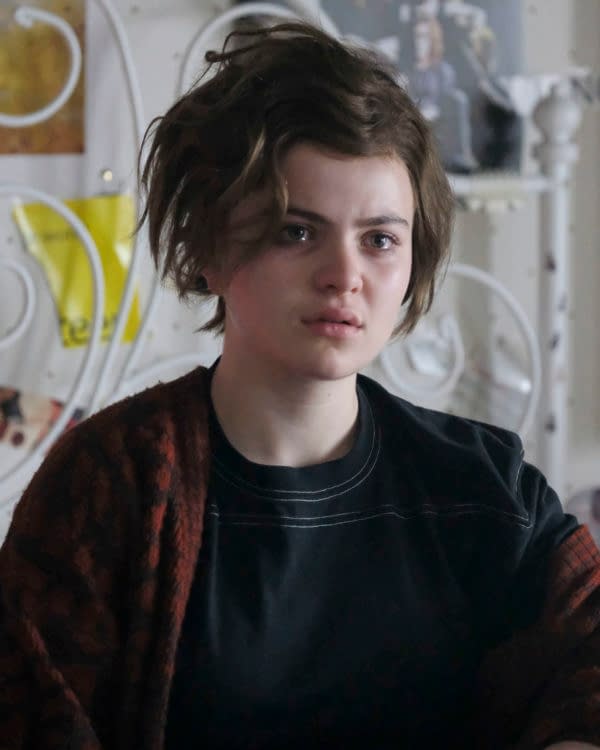 Review by Kaitlyn Booth
8/10
Cruel Summer episodes one and two sets up an interesting mystery told through alternating points-of-view and different years. The non-linear storytelling combined with great leading performances elevates what could be a generic mystery.

Based on a recent production list, it looks like filming is taking place in April on HBO Max's It/Pennywise prequel series, Welcome to Derry.

Doctor Who 60th Anniversary Trailer: RTD Believes We Missed Something

Russell T. Davies shared some interesting insights into the Doctor Who 60th-anniversary trailer, teasing who it is we should be asking about.

In what feels like a very surprising move, Hulu confirmed that the adult-animated series Hit-Monkey will be returning for a second season.

Tony Khan is depicted as a virile warrior charging to the ring to take on WWE on the international cover to Business Week's latest issue.