Shudder's Queer for Fear: The History of Queer Horror started off with a beautiful and important dive into gothic literature's part in the foundation of the genre and what constitutes "other" in our society. This first episode spent time examining the works and adaptations of Mary Shelley, Oscar Wilde, and Bram Stoker.

Spending time working through the deeper historical contexts regarding iconic releases of Dracula, Frankenstein, The Picture of Dorian Gray, and others was at the center of this first episode of Queer for Fear. Seeing such a strong queer female presence like Mary Shelley be discussed and adored in such a way was so impactful. Before I knew it, tears started rolling down my face because this was someone I had studied back in college and whose voice became a powerful tool for horror and queer writing so early on. To listen to those being interviewed discuss her and other prominent figures during her time was incredible. Also, the discussion of those after her was a perfect setup for introducing the absolute queerness inherently in horror to those familiar with the genre and those who aren't.

The use of illustration alongside stories, reading such iconic and often missed love letters, and simple settings for interview time made Queer for Fear set itself apart from other docuseries that would attempt to touch on this big of a topic. The absolute passion flowing from the words spoken by interviewees about early gothic horror and the queer community was fantastic. This became a thorough introduction that should be a prime example of how to inform others in horror, film, and television studies. It wasn't only educational and inspiring to watch, but this episode included plenty of entertaining elements to mix in, in order to cope with the reality of the genre being a necessary creative outlet in times of ever-changing persecution of queer people.

Queer for Fear: The History of Queer Horror Episode 1 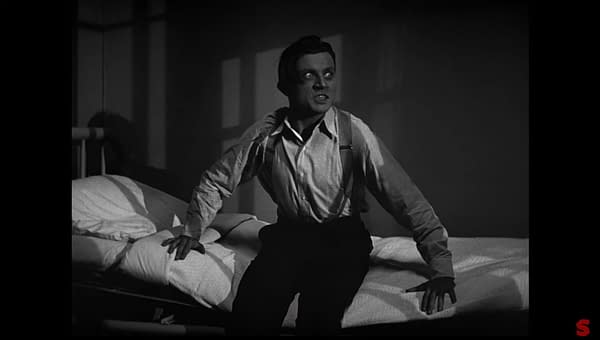 Review by Brittney Bender
10/10
Shudder's Queer for Fear: The History of Queer Horror's opening episode on queer gothic horror influences was an unapologetic and beautiful dive into the foundation of the genre through an examination of literary, cinematic & historical influences.
Credits
Network
Shudder