Aquaman the movie made over a billion dollars worldwide. Aquaman the comic, issue #44 sold just over 26 thousand copies.

Deathstroke #39, without a movie being released based on him, sold over 21,000 copies. Managing to outsell Black Panther vs Deadpool #4. Both characters that are much more famous than Deathstroke thanks to their movies. 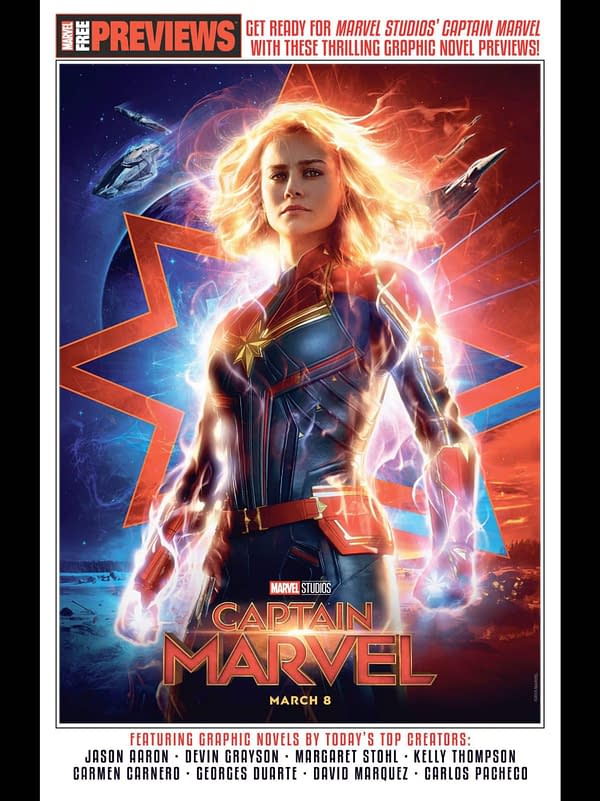 Captain Marvel, the movie is doing little to boost interest in her comic. Marvel of course even had another first issue of Captain Marvel. Over 111,000 copies were ordered. It placed second on Diamond's sales chart. It lost out to Batman Who Laughs #2.

When Bleeding Cool ran their list of comic stores that send in their top ten to them each week, Captain Marvel #1 did not even place in the top ten titles sold. After years of getting burned by first issues of Captain Marvel, I ordered low and it was the right thing for the store. Currently I am not even selling in the double digits with Captain Marvel.

Star Wars #60, only sold over 38 thousand copies. I did not know it had fallen so low on the Diamond sales chart. Here, in store, it is still a solid seller. My focus is mostly on how well titles sell in store, looking over Diamond's January comic sales estimates nationwide has been an eye opener.

In the past I have written about my dismay at how the comic book movies fail to really boost the comics they are based on. The Harry Potter books gained much more popularity thanks to the movies.

I have written about the lack of crossover traffic between comic book movies and the actual comics they are based on.  I remember having a group of girl scouts here for one of their projects and learning they had no idea the two Guardians of the Galaxy movies were based on characters from comic books. There are a lot of people out there that have no idea there are comic books based on a movie they have seen that they really enjoyed.

I read that DC will be sending Shazam movie posters to comic stories. Which DC has sent in the past posters about their upcoming movies. Marvel does not. Basically, go see the movie and do not spend that money in a comic store. How about asking movie theaters to let people know there are comics based on their favorite movies? Captain Marvel is out this weekend. Number of new people buying her comic? Hello? Anyone? We should have a betting pool and how long this current series of Captain Marvel lasts. I will be generous and say 12 issues. Odds are, I am too high with the number. What happened to the Marvel Zombies? They quit buying any comic with Captain Marvel in it due to her comic series getting cancelled so often. Instead of the Marvel vs DC argument being about comics the Marvel "fans" make it about the movies now having given up on Marvel's publishing output. I had a person buy the Life of Captain Marvel limited series and returned the issues he bought. He disliked it so much he wanted to be rid of the comics. Did not even ask for a refund or credit. I was a Carol Danvers fan. Over the years though, from Civil War II to now, her character for me is just unlikeable. The Life of Captain Marvel limited series changed her origin and I was wondered why? Marvel has so many characters that they do not seem to know what to do with. Publishing comics that people will enjoy and want is a forgotten art form seems confusing for Marvel. House of Ideas? Not anymore. They do know how to publish variants. I had people in here Wednesday evening talking about rumors that they read that Marvel is looking to get out of publishing comics. I just rolled my eyes not believing it. That said it is a sad state of affairs when actual comic book buying fans are not debunking such a thing.

Free Comic Book Day is coming up. A "big" day for the comic book world it is made up as. If free comics are such a great ide,a then why aren't there more programs where publishers are having comics given away at movie theaters? Disney and/or Time Warner is unable to get something like that in place? All the movie theater chains out there are unwilling to give out free comic books to customers?

What other ideas could be done to improve sales between comic and comic related movies? Better marketing needed? Better public relations? Raising the standards?