But it seems there was a rogue solicitation for a Wonder Woman #84 out there. Which is odd, considering the name of the upcoming Wonder Woman movie.

Maybe this will now be part of Wonder Woman #750, maybe it will come after it, alongside the Wonder Woman 1984 movie, but this is what, it seems, was originally intended for December. DC Comics has now told retailers that all orders using it will be cancelled. But this is what it would have been…

WONDER WOMAN #84
(W) Steve Orlando (A) Jesus Merino (CA) Viktor Kalvachev
In the final chapter of "The Wild Hunt," Wonder Woman is torn between two righteous warriors in a battle to protect her patron, Hear, with the lives of every Bostonian on the danger of becoming collateral damage! With Cheetah bent on severing Diana's connection to the gods at any cost, and the Viking Judge hungry for Cheetah's blood in the name of all she's hurt, it's up to Wonder Woman once again to fight like hell to bring peace to all sides. But at what cost? What will she do when she realizes Cheetah, her onetime friend turned bloodthirsty enemy, has been right all along?In Shops: Dec 11, 2019 SRP: $3.99

Hey folks! Just wanted to update here – we're perfectly on time, just lining things up for January's 750th Issue (which is Issue 84 of this run). You'll get Issue 82 then Issue 83, then Issue 750/84, as expected and in the right order.

WONDER WOMAN #83
(W) Steve Orlando (A) Jesus Merino (CA) Viktor Kalvachev
On the cusp of a new beginning, Wonder Woman must forge a fast alliance with a wild Amazon warrior from her past to halt The Cheetah's malicious massacre! But long brewing tension turns Diana's sister against her, giving the Cheetah her opening to place yet another God to the blade of her God Killer Sword. The kicker? The Cheetah thinks she's helping Wonder Woman!
In Shops: Dec 18, 2019 Final Orders Due: Nov 25, 2019 SRP: $3.99 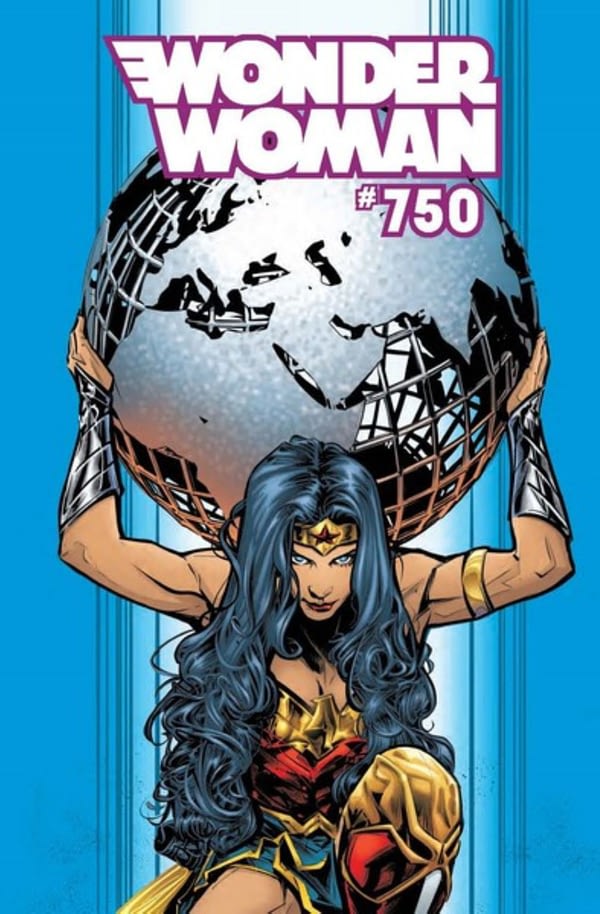