Last week, we learned that Supergirl's ongoing comic book series was cancelled with #42. We pointed out that there were plenty of other DC Comics selling far fewer copies that remaining uncancelled. So… why?

An informed source confirms that the series wasn't cancelled for sales – artist Rachael Stott already said it was actually extended two issues from where/when it was supposed to end. It's cancelled in May because DC doesn't want to reveal what happens to Supergirl after she's Infected ahead of Death Metal. . Even though there's already some slippage in terms of the timelines of things in other books. So expect another Supergirl series to start when that's no longer an issue – or when 5G/Generation Five comes along.

In theory, the DC timeline ends pre-reboot at the conclusion of Justice League #39, but there's a bunch of comics that had Year of the Villain tie-ins and then… continued. Which is very confusing, unless it's one of two things: 1. Those stories take place during the events of the last Snyder Justice League arc – all of them – , where everything's still tending towards doom, those stories take place after the reboot, with everyone un-aged or…

…or Generation Zero: Gods Among Us on Free Comic Book Day is going to repair and explain away every editorial screw-up in this DC Comcis shared continuity, and as a result anyone can do anything with any character, in continuity or not and it won't matter. Because Scott Lobdell and Brett Booth are coming to make it all better.

It is FOC for Generation Zero: Gods Among Us today. Retailers will have ordered hundreds. Some, thousands. It still may not be enough.

As we mentioned earlier, Bleeding Cool has gotten the word that DC's Free Comic Book Day title Generation Zero: Gods Among Us will address this, and other editorial foul-ups directly, and find a way to contain them all. So just hold on until May… and maybe comic stores, add a few more copies to your FOC order today.

SUPERGIRL #42
written by JODY HOUSER
art by RACHAEL STOTT
cover by CARMINE DI GIANDOMENICO
card stock variant cover by DERRICK CHEW
Deemed a threat by the U.S. military, Supergirl is now a wanted villain! General Corvid has come for our hero—and she won't give up until Kara's gone for good. Meanwhile, the superstorm rages stronger than ever, while hundreds remain helpless against it. Can Supergirl prove that she's the hero the people once believed her to be? Or will she let everyone down—including herself? Find out in the pulse-pounding series conclusion! ON SALE 05.27.20 $3.99, 32 PAGES CARD STOCK VARIANT COVER $4.99, FINAL ISSUE

FCBD 2020 GENERATION ZERO GODS AMONG US
(W) Scott Lobdell (A) Brett Booth (CA) Francis Manapul
UPDATED CONTENT! The march toward DC's future begins with Generation Zero: Gods Among Us! It all starts here, and everything counts. This issue features a version of the story "Flash Forward: Epilogue" that is expanded by 13 pages from its original publication in The Flash #750, with new material by the flash Forward team of writer Scott Lobdell and artist Brett Booth. In order to save his children and the multiverse itself, Wally West makes the ultimate sacrifice, taking his place in the Mobius Chair. Unbeknownst to him, the chair is packing a little extra power, having been imbued with the godlike powers of Dr. Manhattan! Now armed with infinite knowledge-and the powers of a god-Wally West can see the past, present and future of the DC Universe all at once…including what needs to be changed. This issue also includes a behind-the-scenes sneak peak at the upcoming Dark Nights: Death Metal!
Rating: Teen In Shops on Free Comic Book Day 2020! 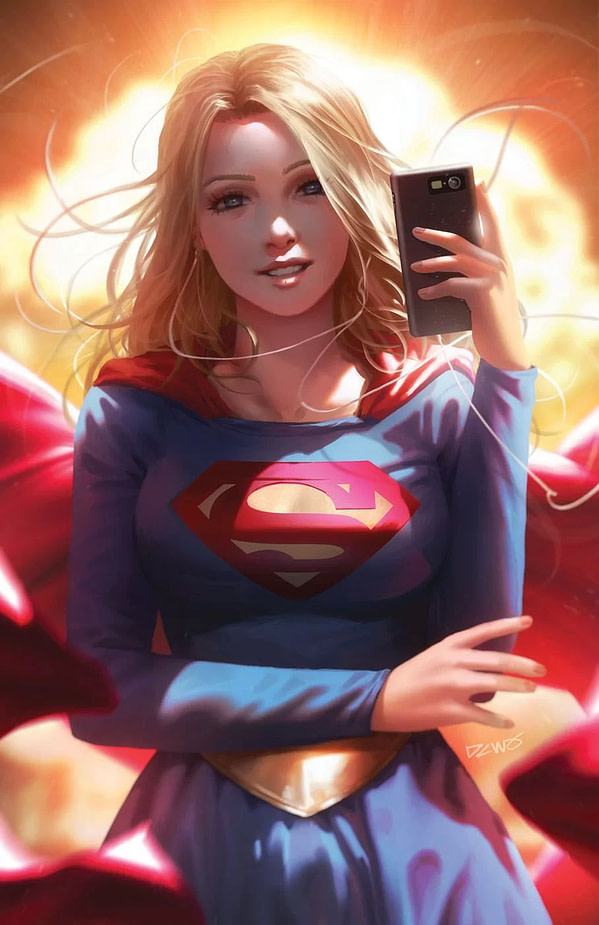