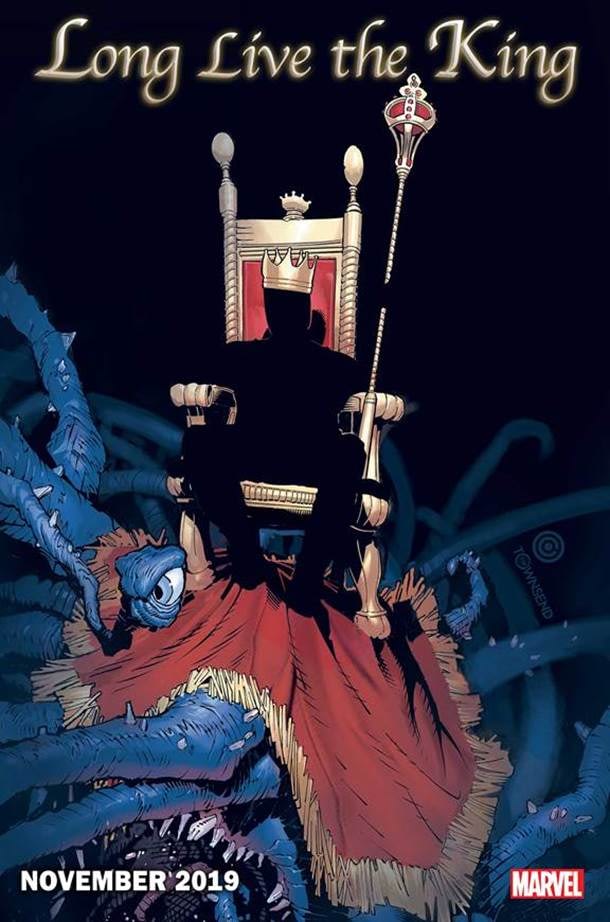 Turns out it's Deadpool.

A brand new series launching in November by Kelly Thompson and Chris Bachalo. And presumably having this Mary Jane cover as a variant… 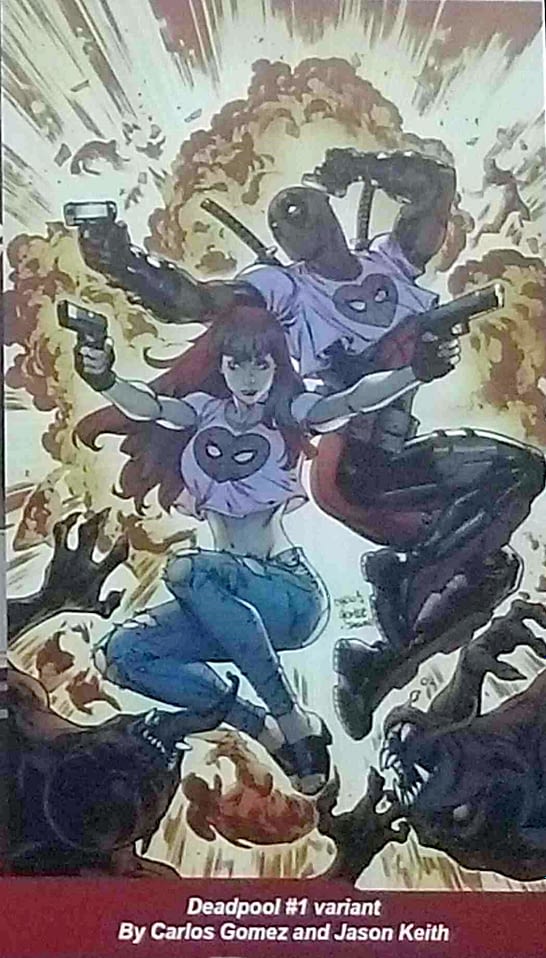 BIG ANNOUNCEMENT! I'm writing the new #Deadpool ongoing. It begins in November. The art is by the absolutely incredible Chris Bachalo @ShadeX6 – which is two dream come trues for me in one shot! https://t.co/TDccDhx5W6 pic.twitter.com/3lVDyDc1UC

Deadpool's newest mercenary job has him going after the King of Monsters, who has claimed a new kingdom for his monstrous subjects…on Staten Island! But you know what they say, when you come at the king, you better not miss! The Merc with a Mouth finds himself neck deep in political intrigue, monster law, and a monster hunter out for blood! It's like The Crown but with even more swords and monsters! Can Deadpool's smooth charisma and deft diplomacy allow him to keep his head, or will he be royally screwed?