In an unexpected drop, Chainsaw Man creator Tatsuki Fujimoto suddenly gave us a one-shot 200-page graphic novel Goodbye, Eri, just a week after its existence was revealed. It's not a sequel or spinoff of Chainsaw Man but a standalone story, and it's one of the best graphic novels of the year.

Goodbye, Eri is mainly seen from the point of view of high schooler Yuta like a found footage movie. His ailing mother asks him to film her every moment up until her death so that he would always have a record of her after she's gone. The first third is his footage of his mother in her good and bad moments, right up to the final day of her life in the hospital, where he snaps and runs away from the hospital and away from her deathbed…

…then the hospital explodes behind him as he runs away. This turns out to be a movie he edited together from the real footage he took of his mother, and the explosion was added post-production using digital effects. Did he do it as a joke, a troll, a coping mechanism, a way to end the movie, or all of the above? And we've just watched the film as Yuta screened it at his high school as part of the annual student festival. The entire school condemns his ending and trolls him endlessly, leading him to film a video where he declares he's going to commit suicide. Before he can jump off the rooftop of the hospital where his mother died, he's interrupted by Eri, a girl who tells him she loved his movie and understood it. She asks him to start filming her as well, and he agrees. She makes him watch more movies so that he would know how to make a movie that would be appealing and move people to tears. But is the movie they make together a documentary or a different kind of fiction. The title of the manga is the title of the movie they make together, "Goodbye, Eri."

Goodbye, Eri stands out as a playful, meta examination of memory, loss, grief, and the line between truth and fiction. Its reason for telling the story like a movie seen from Yuta's point of view becomes clearer as it goes along – it's about perception and illusion and how it fools the reader into expecting one thing, only for several twists to turn the whole story on its head several times. It turns into a love story and a meditation on how you remember the people you love, how you edit out their flaws to retain the good memories without completely ignoring the parts where they hurt you. There's a deceptiveness in its seemingly simple way of telling the story from its hero's point of view that becomes subtle and elegant in its nuances. It runs the gamut from sad, funny, absurd, ridiculous, surreal, and back again. By the time you reach the surreal, meta punchline ending where you're not sure what's real and what's not anymore, you've been on an exhilarating rollercoaster ride of images and emotions that only comics can deliver and it justifies the power of comics. Fujimoto might have been yanking your leg all along, but he made sure you got all the feels along the way.

You can read Goodbye, Eri at Viz' website before the print edition is published at a later date. 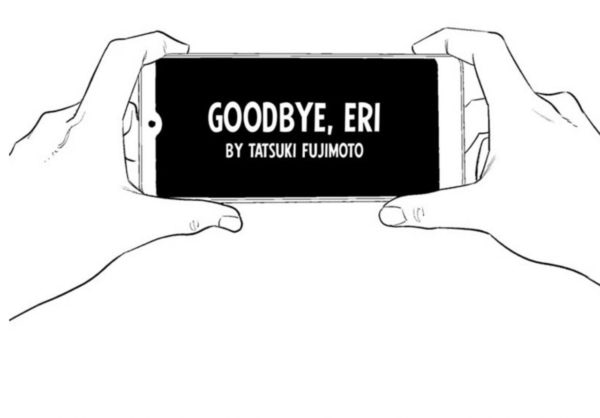 Review by Adi Tantimedh
10/10
This darkly comic, surreal, sad, oddball manga is one of the best comics of 2022, a meditation on movies, love, loss, grief, comedy and pranks that's an exhilarating expression of what comics can do even better than movies.

The Crunchyroll store's Cyber Monday sales are live and also include the launch of an exclusive Darling in the Franxx clothing line.

Doctor Who: When Doctors Collide! Let's Look Back on Those Crossovers

With the BBC's Doctor Who 60th anniversary on the way, let's take a look back on those moments when one Doctor just wasn't enough.

In Part One of our Chainsaw Man English voice cast interviews, we had a chance to speak with Ryan Colt Levy (Denji) & Reagan Murdock (Aki).

Doctor Who – Once and Future Audio Drama Celebrates 60th Anniversary

In previous Wildstorm gossip, Bleeding Cool told you how Angel Breaker – also known as The Demon's Shadow –  created by Joshua Williamson and Howard

Spider Queen Does Whatever A Spider Can in The Eagle #2, at Auction

Chemist Shannon Kane aka the Spider Queen developed and used wrist-mounted web shooters to swing from buildings and entangle the bad guys.

Welcome To The Justice Society, You Won't Survive The Experience

Patsy Walker, Hellcat, Returns to Marvel in 2023 with Sleepwalker

Christopher Cantwell’s recent run of Iron Man set the character of Hellcat on a new path, as a supernatural-ficused superhero in San Francisco. Now he is

There is no Dark Crisis comic book published this week by DC Comics. There is not even a Dark Crisis tie-in book. And Lazarus Planet is a long way off.