The first time it did it, people said it was a fluke, specific to a rather fun variant cover. Then it happened again. And now for a third month, Immortal Hulk by Al Ewing, Joe Bennett and Paul Mounts beating out the industry's favourite, Batman, in the charts. Immortal Hulk #19 at no #7, Batman #72 and 73 by Tom King, Mikel Janin and Jorge Fornes at numbers #9 and #10. Looks like Jude's prediction came true.

Now, July sees the publication of Batman #75 which will likely restore normality. But maybe that will be the fluke issue, and Immortal Hulk will return to top it in August?

Eisner nominated for this year, Immortal Hulk by Al Ewing, Joe Bennett and Paul Mounts has received praise across the industry since its launch, reinventing the comic as a horror title, while incorporating the inconsistent and widely varied history of the character over the decades, by rewriting the mythology for itself as well as the current state of the Marvel universe, while moving it on, into a gripping, surprising and drop dead gorgeous comic book. Bleeding Cool has been repeatedly praising the series for all of these achievements. The series has been putting on sales, as past issues continue to sell out and go to further printings. The first and second issues are currently on their fifth printings, as speculators chase after new issues. 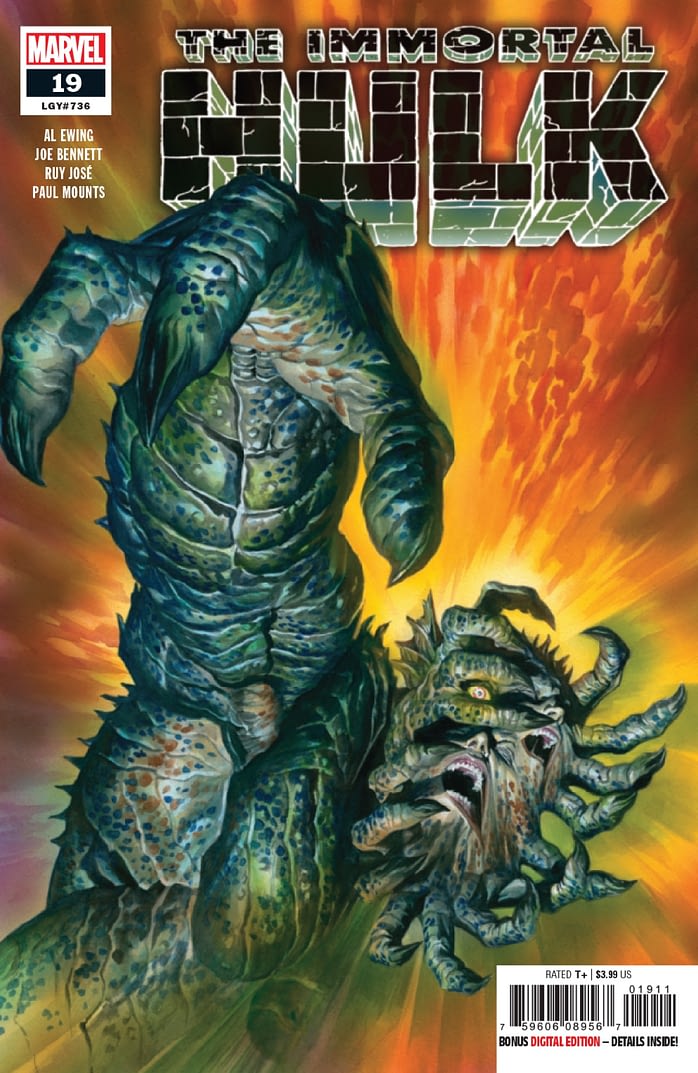