We're still piecing together a report from CB Cebuslki and Tom Brevoort's big D23 run through of Marvel history. But they ended with a big tease for a new Marvel comic for December, to be called Incoming. 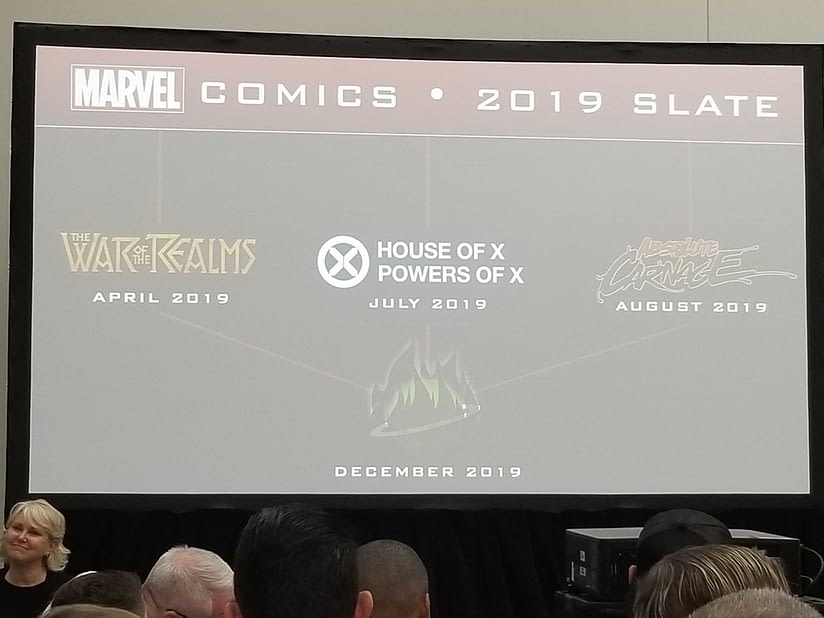 We have seen this logo before at San Diego Comic-Con for December. And now we know the big Marvel Comics event for December. Incoming And this mystery teaser.

Incoming. A barbarian figure? With a sword? Could it be a symbiote? A necrosword? An Asgardian sword? it does seem to be crackling somewhat?

Any theories? Could it be Hulking uniting the Skrull and the Kree? Has Marvel got the rights to He-Man And The Masters Of The Universe comic books now? Sound out…