FashionWatch: theFashionSpot and Andrea Grant are launching a new twice-weekly autobiographicalish webcomic, Ready To Where?, about the life of a fashion editor. It's all a bit Sex And The City. Not that there's anything wrong with that…FilmWatch: The Losers moves to the summer.

KidWatch: Hackney kids can learn how to create comics and graphic novels in a new London-based workshop. Graphic Truths will be running on 'Graphic Truths' will run this Tuesday and Wednesday at the Eastside Educational Trust in Shoreditch.

CompetitionWatch: Can you tell a film in six panels? Can you do it in the next eight hours? Then why not eneter the Little White Lies competition and see your work displayed in an upcoming Kick-Ass focused issue.

And if that's just too much work, why not get your face on the cover of Wire Hangers #1 from IDW?

MusicWatch: New York band-now-based-in-London, The Fun Lovin' Criminals have created an online graphic novel to tie in with their upcoming video release. No link as yet…

FreebieWatch: Also in the UK press, starting tomorrow, The Mirror will be giving away Marvel supervillain playing cards, four every day, for ten days.

CardWatch: Panini's trading card business seems to be booming in the US, with Toy Story 3 stickers and Michael Jackson cards on the way. And they're hiring… fancy an Arlington commute?

The thing you look for is someone who will get that extra visual pop. For example, you have a hero shot, someone crouching. Normal TV directors are going to shoot that person from eye level, and it will show someone crouching. A comic artist is more likely to go, 'Let's put the camera on the floor so our guy stands out from the background.' And you get that iconic comic image,

And of course, Frank Miller is mentioned… 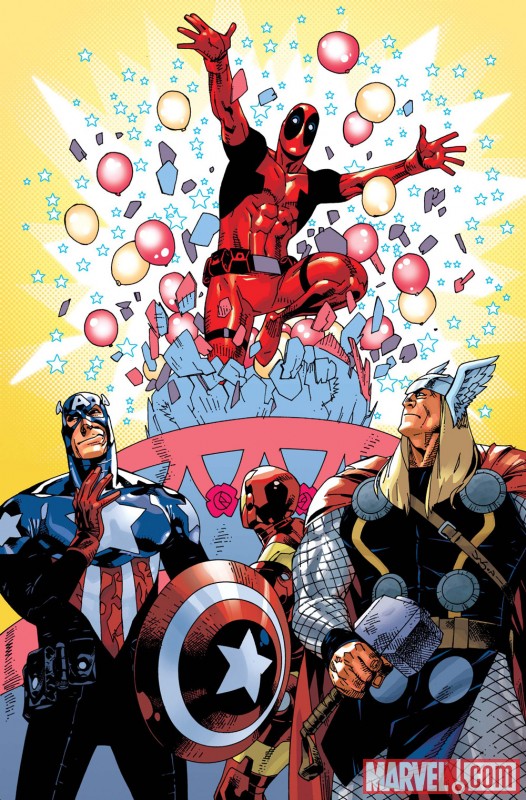