Oni Press starts a brand new Rick & Morty comic book in October, from Sam Maggs and Sarah Stern, transforming their reality into a Grimm Fairy Tales version of reality. Welcome to Rick And Morty Ever After. And while we're at it, Eliot Rahal and Emily Pearson are launching Vain #1 in Oni Press' October 2020 solicitations. Dive in…
RICK & MORTY EVER AFTER #1 CVR A
ONI PRESS INC.
AUG201481
(W) Sam Maggs (A) Sarah Stern

When one of RICK'S experiments on knowledge-absorption-via-osmosis goes horribly awry (and when don't they), Rick and MORTY find themselves sucked into AVALONIA: SAD STORIES FOR BAD CHILDREN, an ancient, dusty tome full of fairy tales. And not the sanitized, Disney version – we're talking old-school, Grimm-dark fairy tales. On their arrival in this strange new universe, the two are separated: Morty, trapped in an old tower, the princess in need of saving; Rick, the scholarly old wizard in the castle's basement. With the help of SILKE, the cunning sorceress holding Morty prisoner, and MARIUS, the himbo knight tasked with his rescue, Rick and Morty must find their way back to each other – and to their own reality. But what they don't know is that their arrival in Avalonia releases the EVIL STEP-WITCH, setting off a chain of events that will destroy the world – and the tome itself – while Rick and Morty are still in it! If they don't take everything they know about fairy tales and subvert those very same expectations, they're going to breathe their very last, weird breaths. 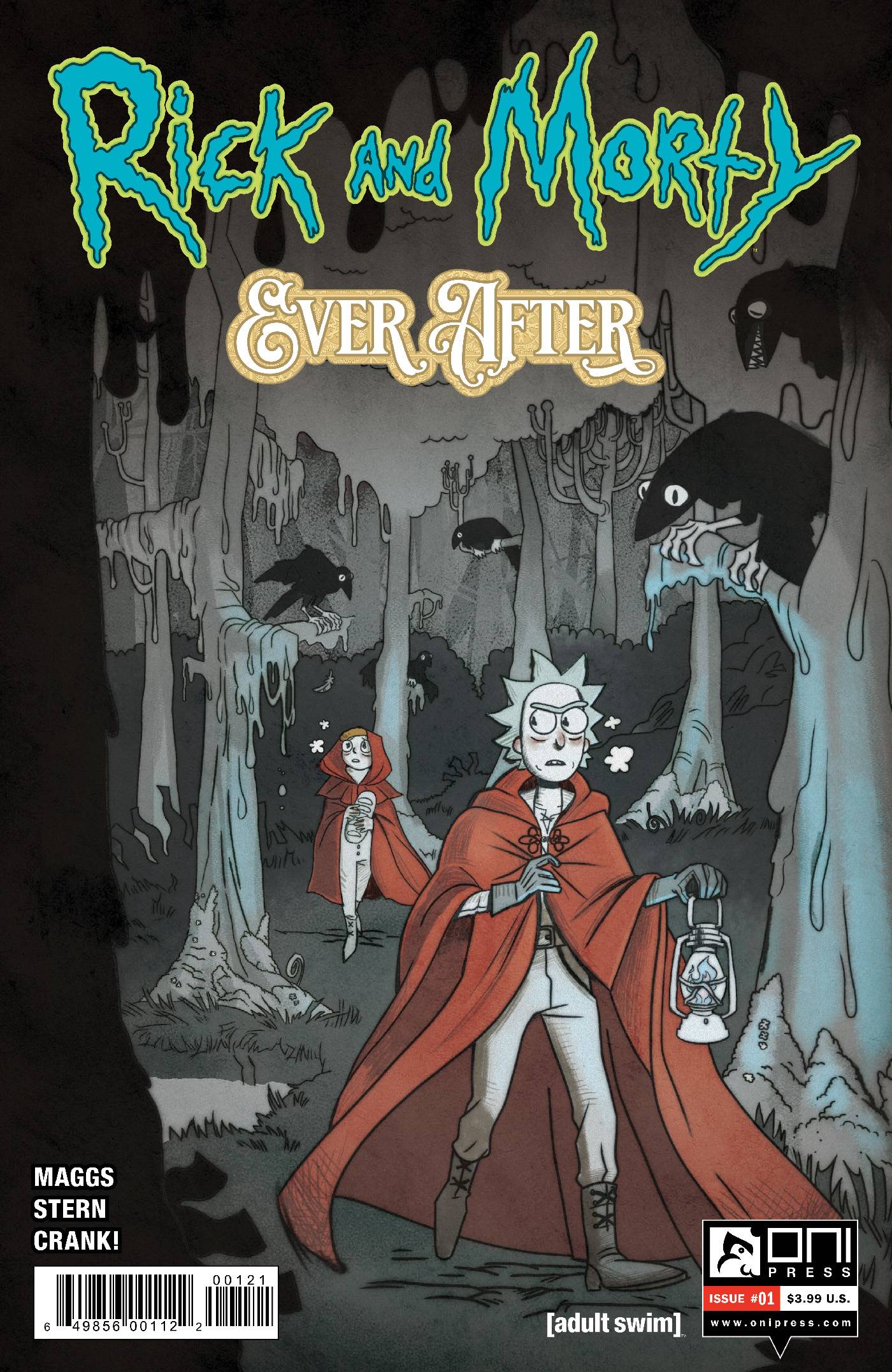 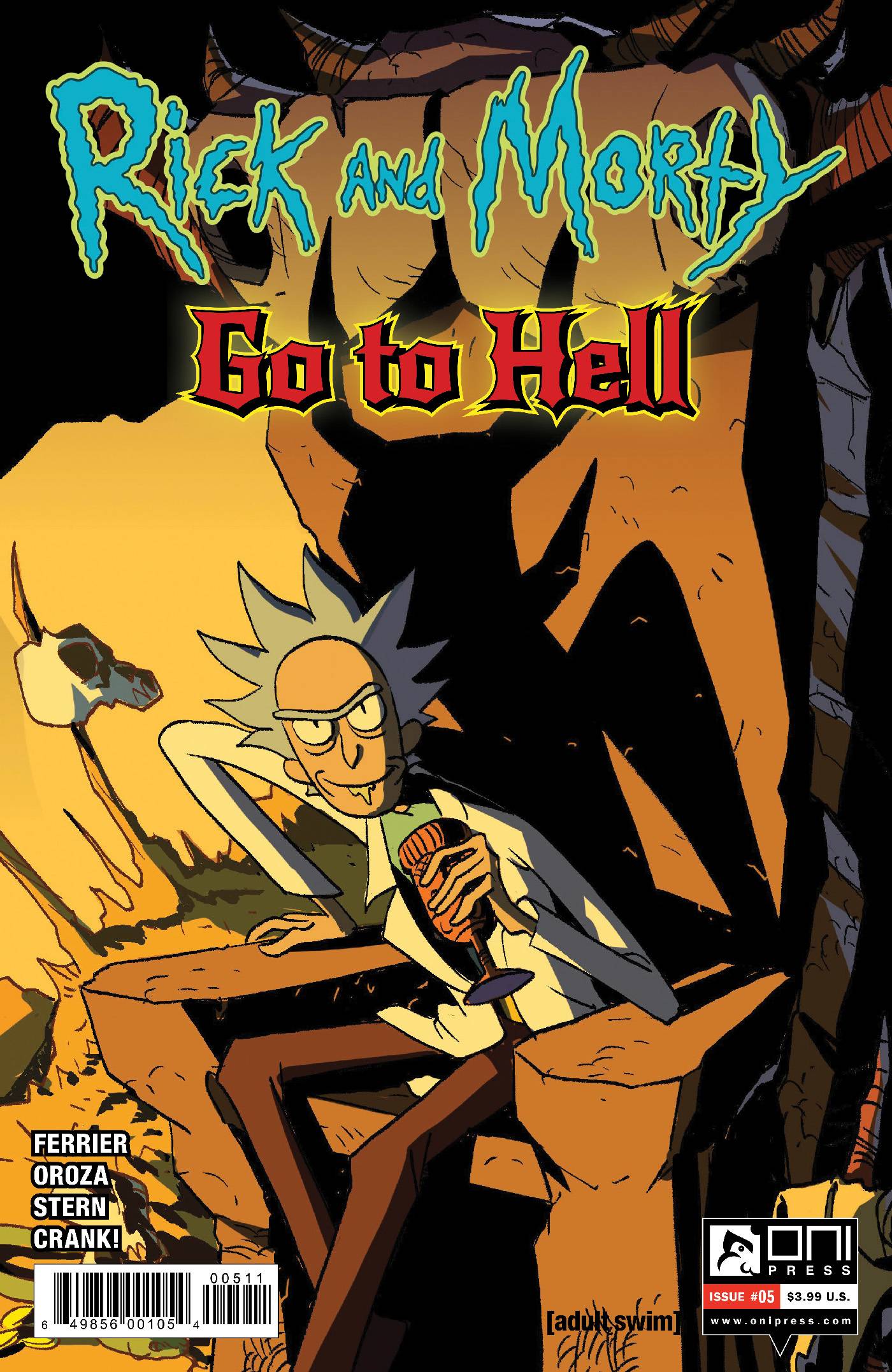 Rick and Morty are finally face to face with ol' Lucifer himself, but the hordes of Hell want to cut in line. Can Rick and Morty successfully appeal their case, or are they doomed to suffer for all eternity? The shocking conclusion to Rick and Morty Go To Hell! 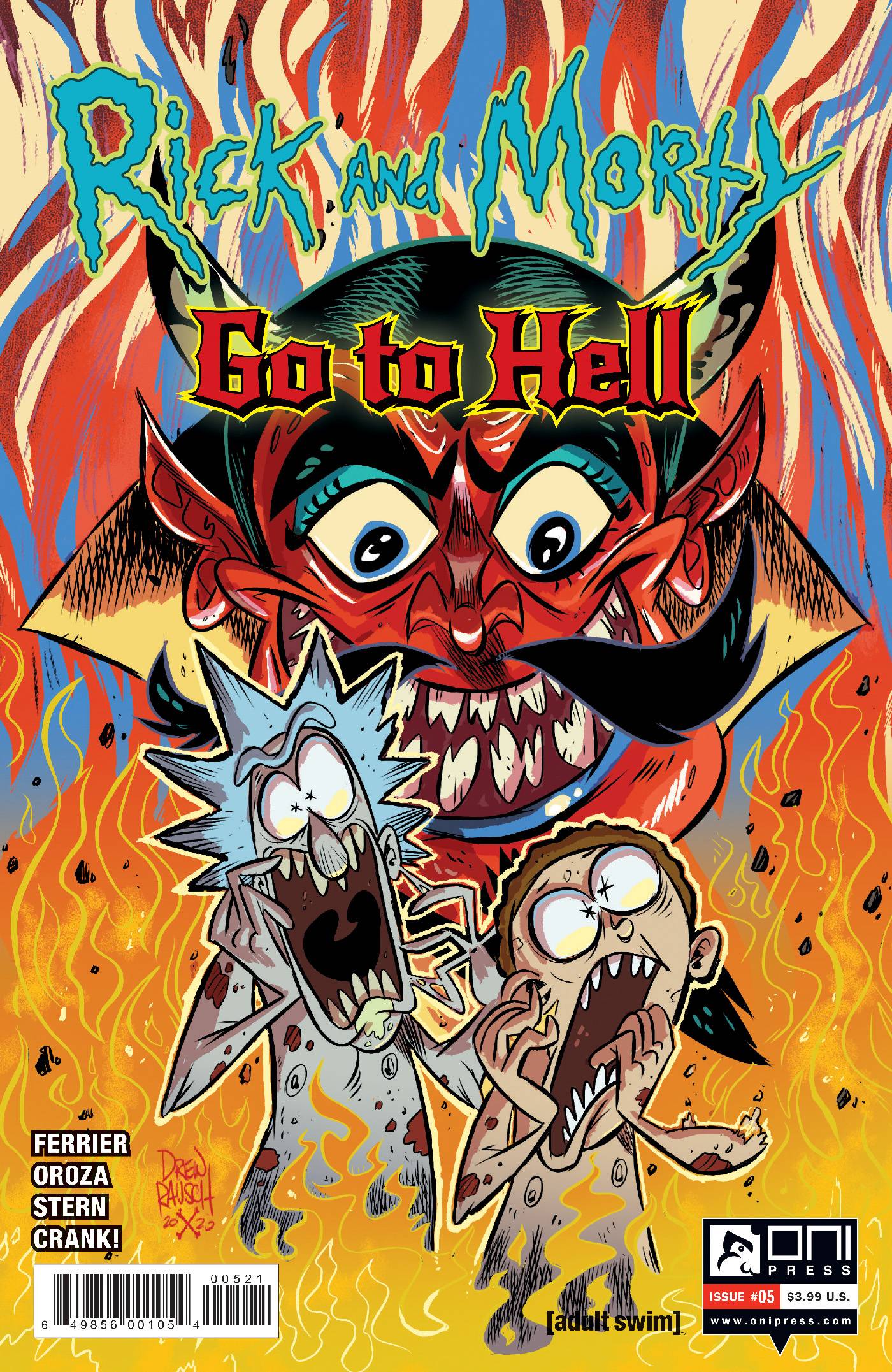 Chicago, 1941. A blood bank is held up in a robbery, but no cash is taken-only blood. It's the latest in a string of similar crimes and FBI Agent Felix Franklin is certain it's part of a wider plot. But the truth is much more sinister than he could imagine. The four robbers-who call themselves The Vain-are vampires: immortal, physically powerful, and after decades of honing their skills, practically untraceable. But in a world that is rapidly changing, stealing blood is harder every day and with each decade that passes, Agent Franklin inches closer to the truth. Eliot Rahal, Emily Pearson, and Fred C. Stressing kick off a series that spans nearly a century of wild eternal youth and reckless abandon across history. 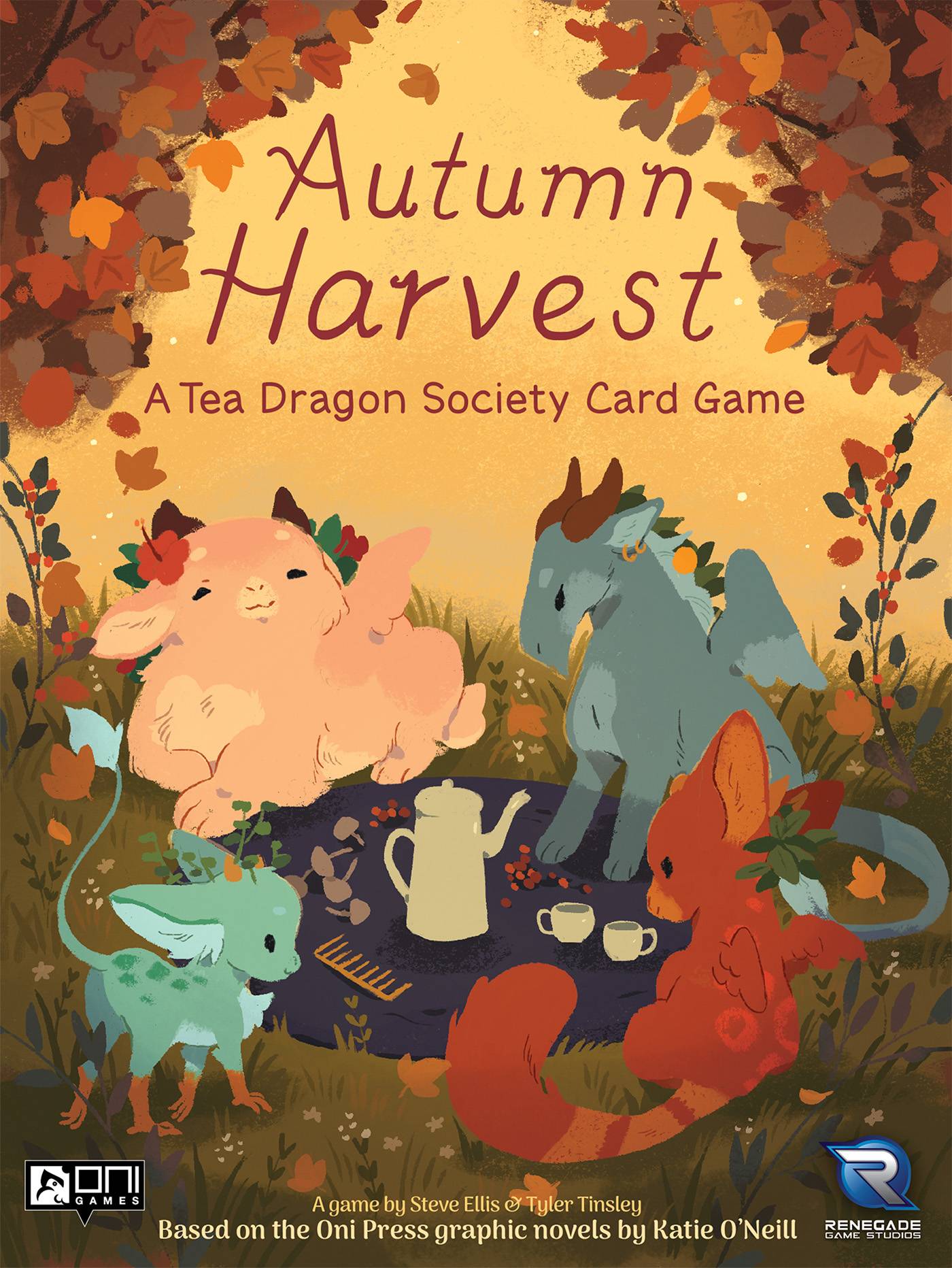 "This all new stand-alone game is a followup to the award winning Tea Dragon Society Card Game. Choose from four new starting Tea Dragons, purchase X all new cards from the market, collect Growth and Victory tokens, and create new memories as you help Earl Grey, Ginger, Peppermint, and Hibiscus grow. Autumn Harvest can be played as a stand-alone game, or combined with the original game for even more fun.

Discover the ancient art form of Tea Dragon care taking within this enchanting world of friendship and fantasy. Create a bond between yourself and your Tea Dragon that grows as you progress through the seasons creating memories to share forever.

Each player's deck represents their own Tea Dragon. From turn to turn, players will choose to draw a card, triggering effects and strengthening their position, or buy a card, improving their deck or scoring points.

The game takes place over four seasons, starting in spring and ending in winter. At the end of winter, the player who has the most points is the winner.

FEATURES
Based on the Oni Press graphic novel The Tea Dragon Society by Katie O'Neill.

Competition for Market and Memory cards but no direct player on player nastiness. 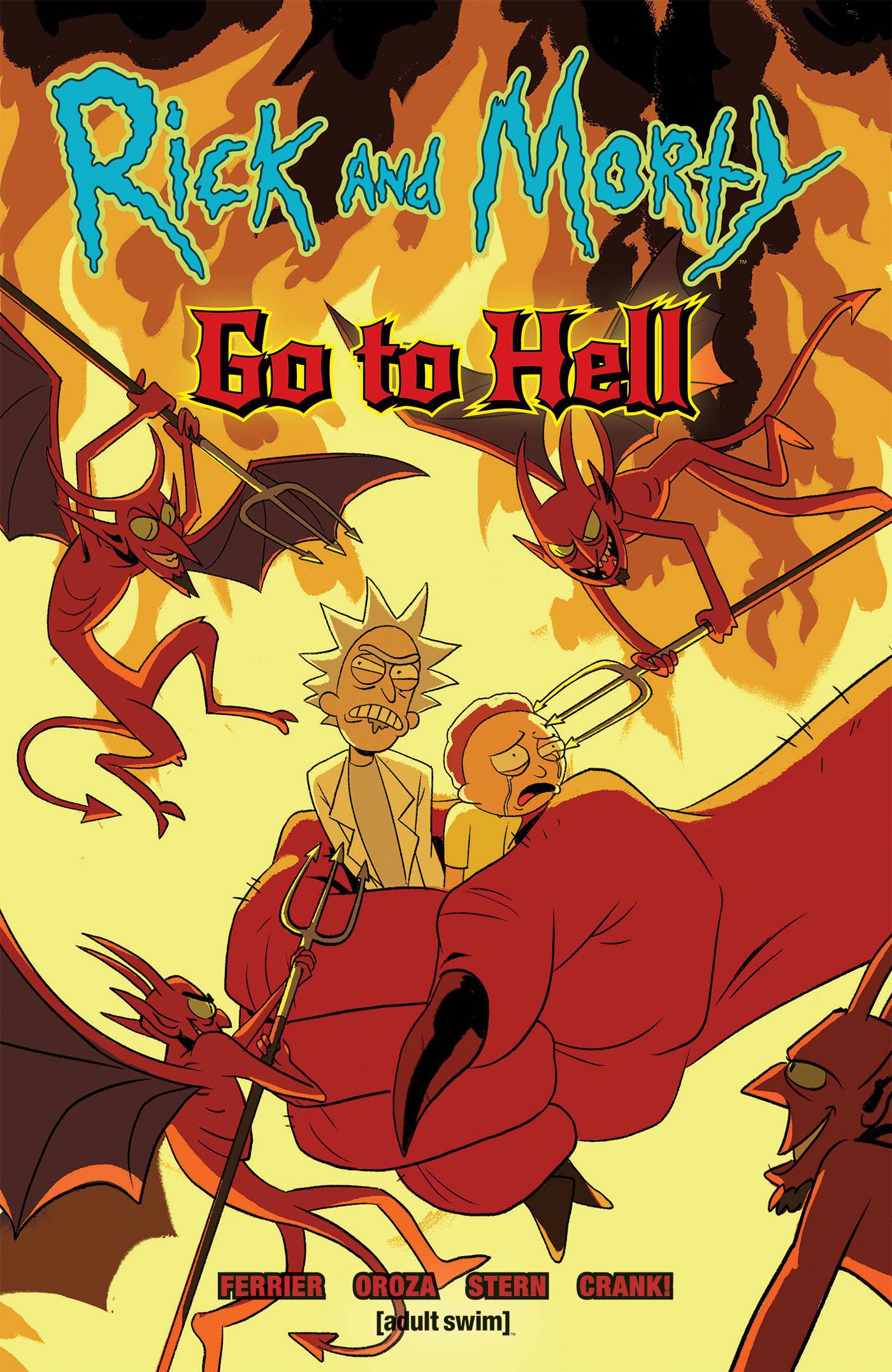 "Well, it finally happened. Rick and Morty are in Hell, and we don't mean the DMV. It's fire, brimstone, and torture for all eternity. Typical Rick, he sees a way out of this mess and drags Morty with him on a horrific adventure to speak to…the manager. It's Dante's Inferno meets Office Space, and all hell's about to break loose! 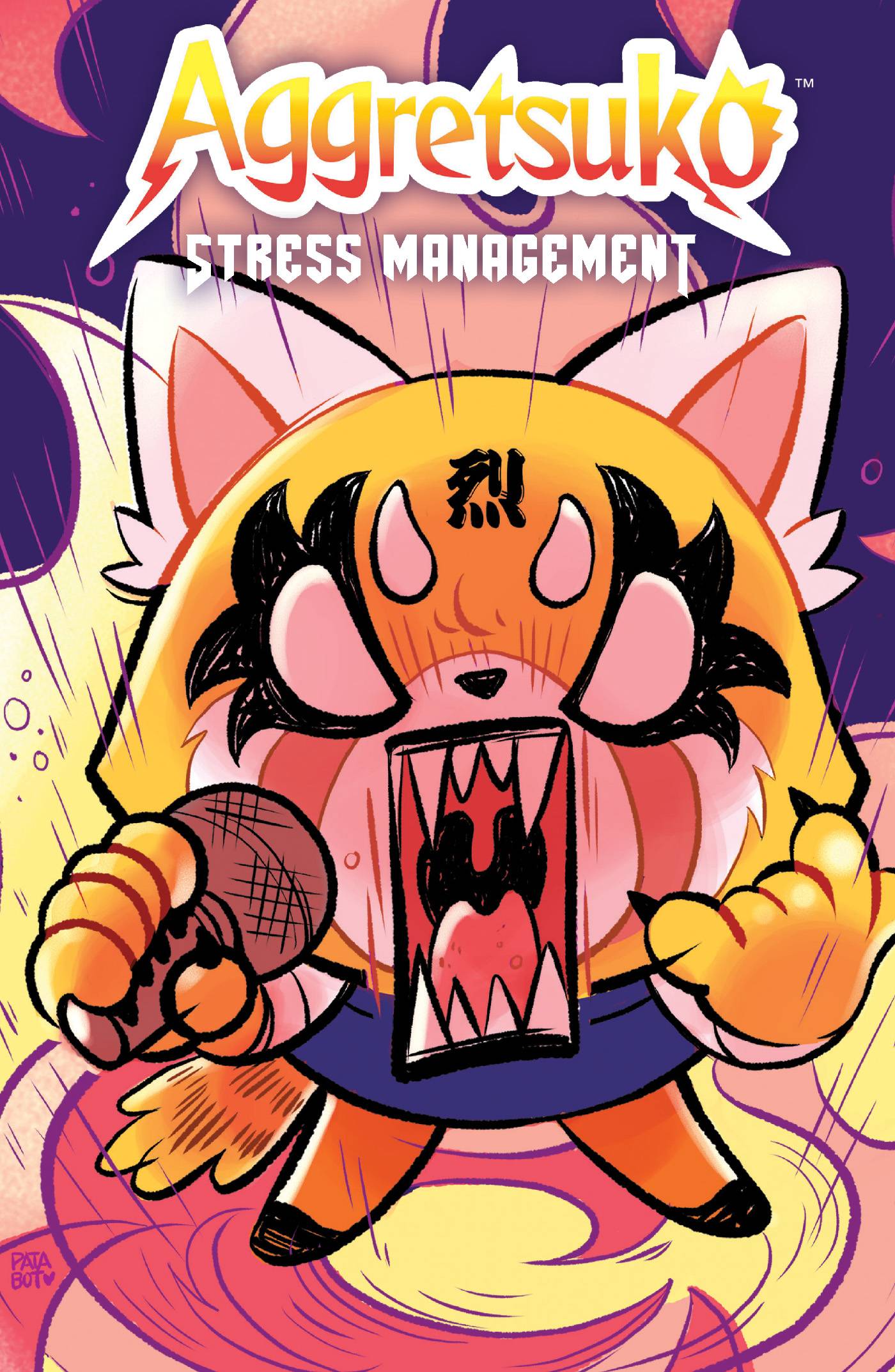 Aggretsuko, the hit Netflix show in production for season three, stars Retsuko the Red Panda, a young office worker stuck in a thankless job, whose only stress release is singing heavy metal at the local karaoke joint. In this volume, collecting issues 4-6 of the hit comic series, find out what happens when a workaholic has to take a break – – literally?! And when the entire office is forced into an inter-office sports competition, who will get the gold?! 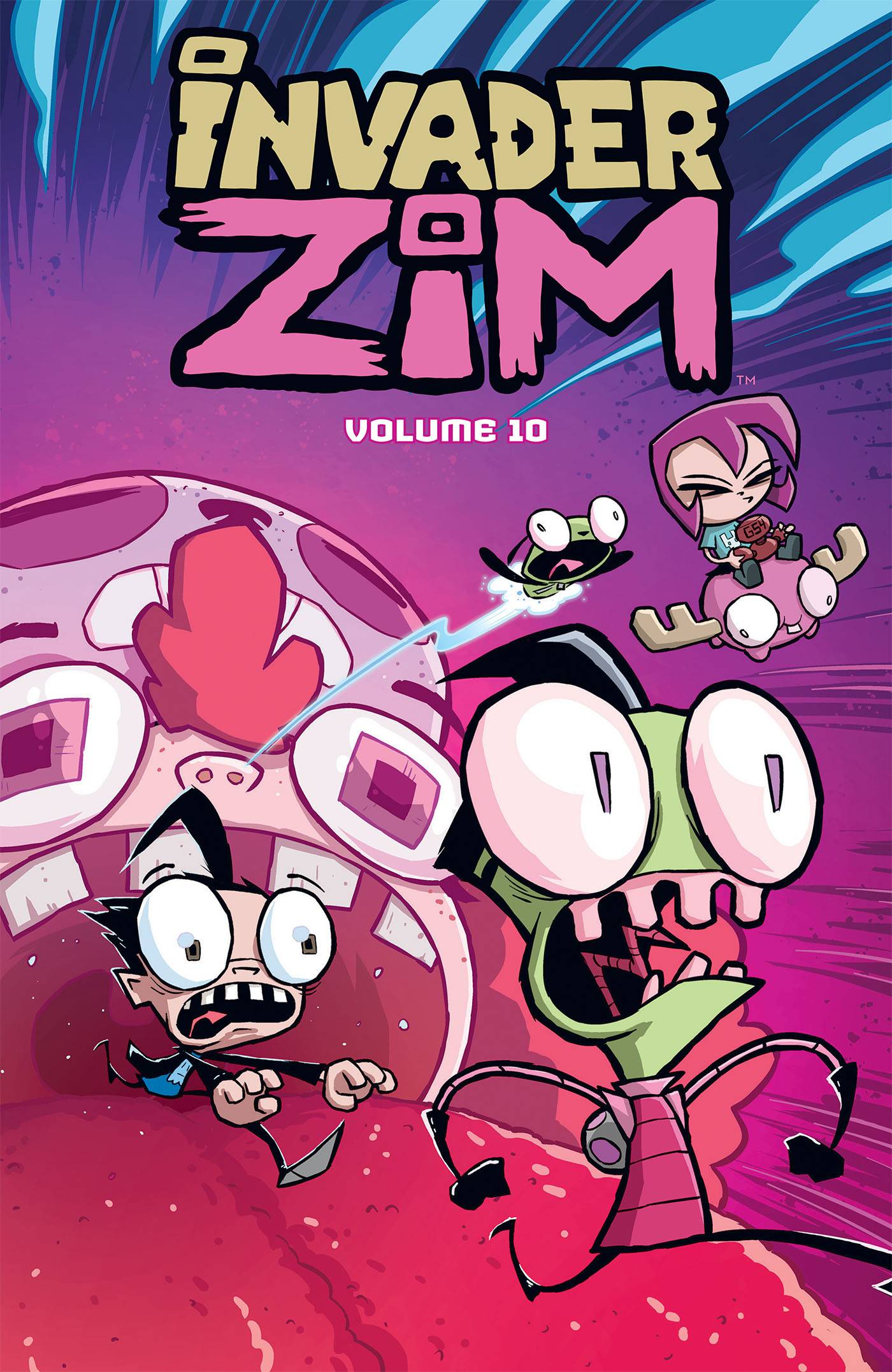 Don't miss this explosive collection of Invader ZIM comics! (Yes, there are actually explosions in this one.) PREPARE YOUR HUMAN EYE SPHERES for a planet unlike anything ZIM and Dib (and GIR, I guess) have ever seen–populated entirely by OTHER ZIMS! As in, ZIMs from alternate timelines! Can Dib join the resistance (of ZIMS) and take down the planet's ruler (a ZIM), thus saving every universe (from ZIMS)? And which is worse: a planet full of ZIMs or one new kid named CHAMMY WAMBOO who desperately wants ZIM and Dib to be BEEEEEEST FRIEEEEEENDS? Don't answer until after you've read the full collection! Collects issues #46-50. The light turns green and they're off! Backtrack-ed to the future. Quellex throws a curveball at the drivers, sending them not to the past, but instead, to his own era – a time of flying cars, kaleidoscopic floating buildings, and unforeseen danger they've never perused in an encyclopedia. For once, it's the drivers who are ancient history.