Sensor is the latest horror manga by Junji Ito and one of his best, a sprawling, meandering serialized story that unites many of his usual themes to create a saga of cosmic horror and existential dread.

It's a very Junji Ito plot: A young woman arrives at a remote mountain village, and the inhabitants tell her they are waiting for her. They are all telepathically linked by strands of golden hair fibres from the local volcano. When she survives a volcanic eruption that destroys the whole village, her hair becomes suffused with the golden thread. That sets off a series of escalating horrors as she wanders the countryside in a daze as her telepathic powers become the focus of a cosmic death cult that worships the dark forces out to destroy the world. A hapless reporter searches for her, hoping to find out exactly what's going on, and even that doesn't help. Akashic records, disfigurement, cosmic horror, and body horror ensue as the woman becomes a symbol of purity and salvation that people want to save or destroy.

Junji Ito is probably the most prolific creator of horror comics in the world. Sure, he took a few years off Horror during the mid-2000s to create some funny autobiographical cat manga, but once his cat passed on, he returned to the genre that made his name and has been even more prolific than ever. Sensor is his longest story for a while, a serialized story that features divergence from the main plot to allow for more weirdness in the tangents—themes of Gnosticism and Lovecraftian cosmic horror loom larger than ever. To Ito, the universe is filled with malevolent forces out to get us, and there are more than enough people who want to help them. Ito's slightly retrograde gender politics are at play here: the woman becomes a kind of cosmic Madonna symbolizing feminine mercy in contrast to another woman who stalks the reporter as a symbol of Ito's – and Japanese men's – fear of aggressive female sexuality.

In his afterword, Ito talked of how the characters frequently refused to behave how he wanted them to and followed their own paths, which resulted in a sprawling, unpredictable story full of turns even he didn't expect. He just had to put them on paper. He credits his editor with helping him wrestle the story into something that held together and reached a logical, satisfying ending. This highlights the importance of manga editors in helping creators shape their stories into something readable. Ito may feel Sensor is his failed attempt to find an answer to why the universe exists, but the journey is as grotesque, insane, and horrific as ever, and that's what we read him for.

Sensor by Junji Ito is now available from Viz Media and bookstores. 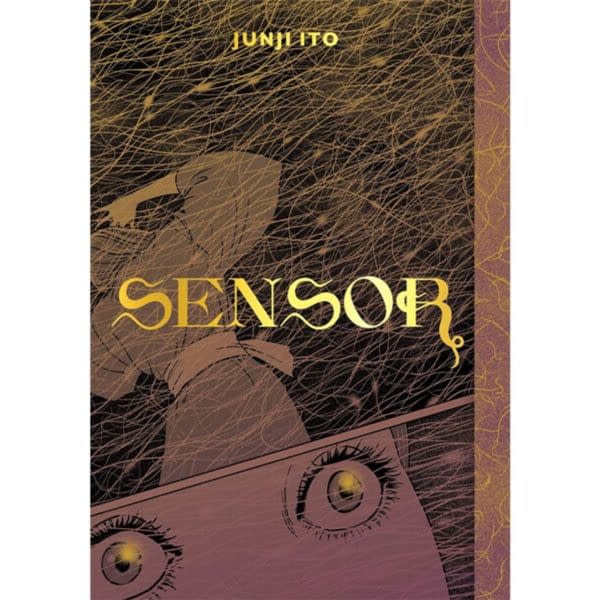 Review by Adi Tantimedh
8/10
This latest horror manga by Junji Ito and one of his best, a sprawling, meandering serialized story that unites many of his usual themes to create a saga of cosmic horror and existential dread.
Credits
Writer-artist
Junji Ito
Publisher
Viz Media

Set to premiere with a "clarifying" new title this October, HBO Max released a teaser for Pennyworth: The Origin of Batman’s Butler (yup).

The Sandman E03 "Dream a Little Dream of Me": From Comics to Screen

The Sandman S01E03 "Dream a Little Dream of Me" features Jenna Coleman as Johanna Constantine and vibes like a backdoor pilot for a spinoff.

The Saint & the End of Lev Gleason's Silver Streak Comics, at Auction

Lev Gleason described Silver Streak Comics' The Saint feature as "the most expensive feature ever to appear in a comic magazine."

Scooby-Doo: Where Are You #117 Preview: Worst Nightmare

Scooby and Shaggy face their worst nightmare in Scooby-Doo: Where Are You #117... a monster who goes after the food.