There are a number of Marvel titles out tomorrow that are already sold out at Diamond Comic Distributors, Age Of X-Man: The Amazing Nightcrawler #2, Avengers: No Road Home #6, Spider-Man: Life Story #1, Star Wars: Solo Adaptation #5. You might expect a number of them to go to second printing.

But for Immortal Hulk #15, also sold out, there seems to be a bit of a swell of demand. Prices are rocketing. And no one is exactly sure why.

It started with the Alex Ross variant cover, which was available in any amounts to any retailer who had matched their orders for Immortal Hulk #15 with those of #12, not hard to do give the increase in demand and sales this comic has garnered, for being, basically, Marvel's equivalent of Moore, Bissette and Veitch's Swamp Thing, thirty-five years later. The cover is the first of the Alex Ross variant covers to note the 25th anniversary of Kurt Busiek and Ross's Marvels.

And, on eBay, advance copies of that version of the comic have been selling for well above cover. One seller, drewbiz, has already pre-sold 58 copies for $13 each.

But the demand seems to be spilling over into the regular cover, also by Alex Ross who is the series regular cover artist too. And NY Collector Cave has pre-sold 7 copies at $6 each.

The contents of the cover also suggest past classic stories written by Peter David, Hulk #377 and X-Factor #87, drawn by Dale Keown and Joe Quesada respectively, in which Doc Samson psychoanalysed the characters.

In Immortal Hulk #15, the Hulk is back in the chair…

Immortal Hulk #15
(W) Al Ewing (A) Joe Bennett (CA) Alex Ross
• Dr. Leonard Samson is a gamma mutate and part-time super hero who recently came back from the dead.
• He's been wanting to discuss that with an old patient of his… But he's not here to see Bruce Banner.
• Take a seat on the couch, IMMORTAL HULK. It's going to be quite a session.
Rated T+
In Shops: Mar 20, 2019
SRP: $3.99 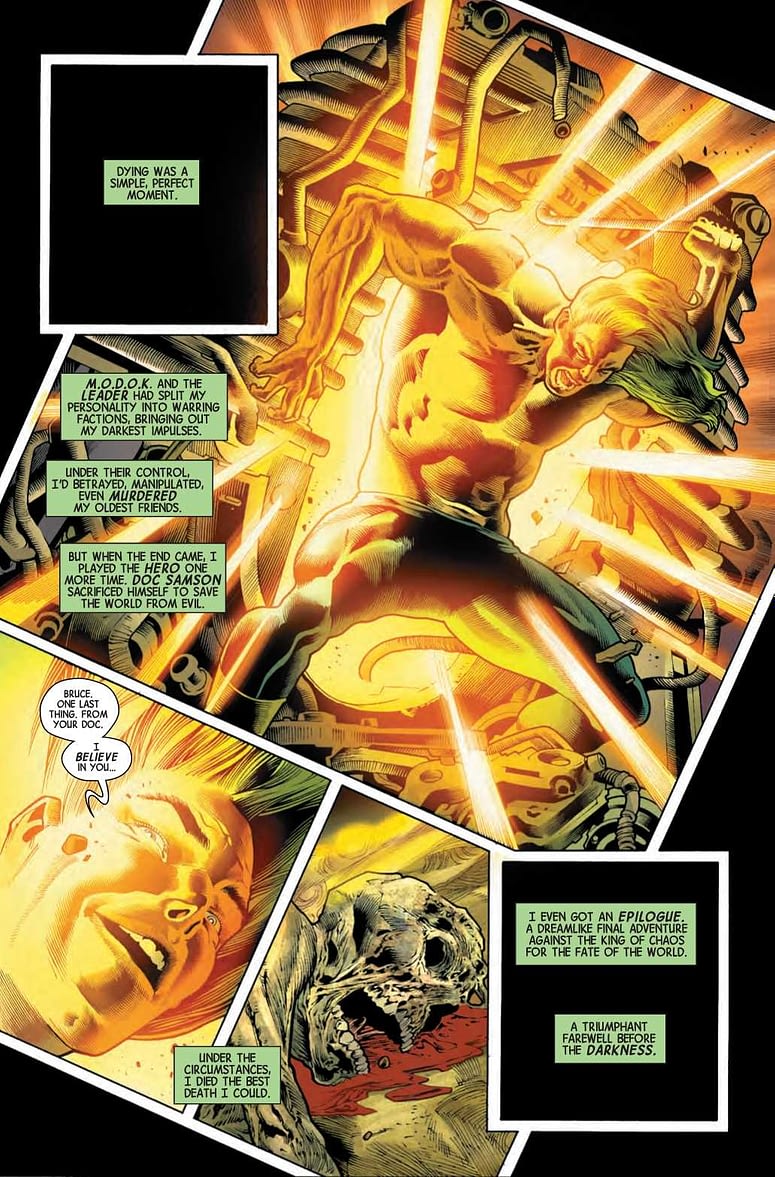 Thanks to Phillip for some typo checks…