In the new series Doctor Strange: Surgeon Supreme by Mark Waid and Kev Walker and, following on from the Doctor Strange series by Waid and Jesus Saiz, Stephen Strange has had the wounds to his hands healed, restoring his dexterity and returning him to the Marvel Universe as one of the world's finest surgeons. And having to deal with the demands of being sorcerer supreme with being surgeon supreme. Taking on fewer superheroic duties in favour of the surgical procedures that only he can carry out. The first issue out for Christmas week saw Doctor Strange face to face with another magical manual worker, in the form of The Wrecker. But it turns out that the second issue sees another magical figure from the Marvel universe return to the day job. That of Doctor Druid, better known as Dr Anthony Ludgate. We saw him in this issue 2 preview… 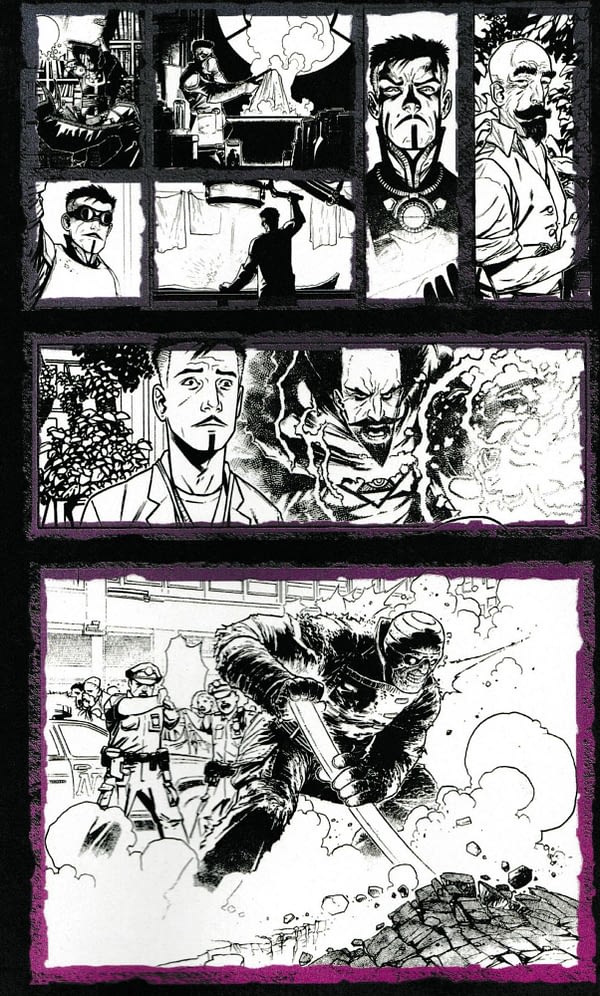 It turns out that (SPOILERS), Dr Druid, is now the new dean and chief of staff of the hospital that Strange is working at. Somehow. Obviously there are mysteries there. But at this rate, will we see Hellstrom pushing a bucket around with a mop by the end? Doctor Strange #2 will be out at the end of the month…

DR STRANGE #2
(W) Mark Waid (A) Kev Walker (CA) Max Fiumara
Enter: The Wrecker…of reality!
•  After being beaten, broken and at the end of his rope, how will Strange keep the Wrecker from tearing apart reality?
•  Plus, a familiar face from Strange's past makes a surprise return!
Rated T+ In Shops: Jan 29, 2020 SRP: $3.99

All hell breaks loose between protestors and cops at a march for Harvey Dent in this preview of Batman '89 #4, in stores Tuesday.

Amazing Spider-Man #80.BEY Preview: Romance in the Air for Aunt May

Read a preview of Amazing Spider-Man #80.BEY, in stores from Marvel on Wednesday, in which Aunt May and Doc Ock may get busy!

Read a preview of Batman #118, in stores from DC Comics on Tuesday, kicking off a new story with a new creative team.

Read a preview of Arkham City: The Order of the World #3, in stores on Tuesday from DC Comics.