There's no competition. Undiscovered Country #1 from Scott Snyder, Charles Soule and Giuseppe Camuncoli dominates the advance reorder chart this week, with two placements for two covers, first and seventh. With the Jonathan Hickman showrun Dawn of X books fitting in around them as well as the launch of the new Legion Of Super-Heroes which, unlike Millennium, will actually have the Legion in it. Probably. Spawn and Amazing Spider-Man also do well, putting on the numbers… 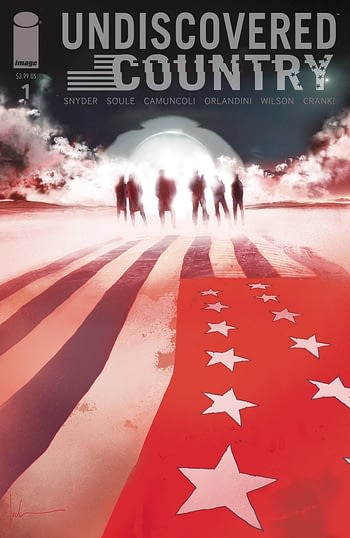 Greetings from the coal face of the direct comics market. Where retailers try to increase their orders of certain comics ahead of sale. Where supply and demand and most accurately reflected, where you can see which books are hot, where new orders are coming in and how retailers are reacting to new, unanticipated desire! And courtesy of stats from Diamond Comic Distributors.