The last time we spent time at Toronto's Kensington Market, it was in Savage Dragon, as Malcolm Dragon and family moved into the area and we got a tourist-eye view of the area from the local estate agent, with subsequent issues of the comic book continuing to highlight the attractions of the area. 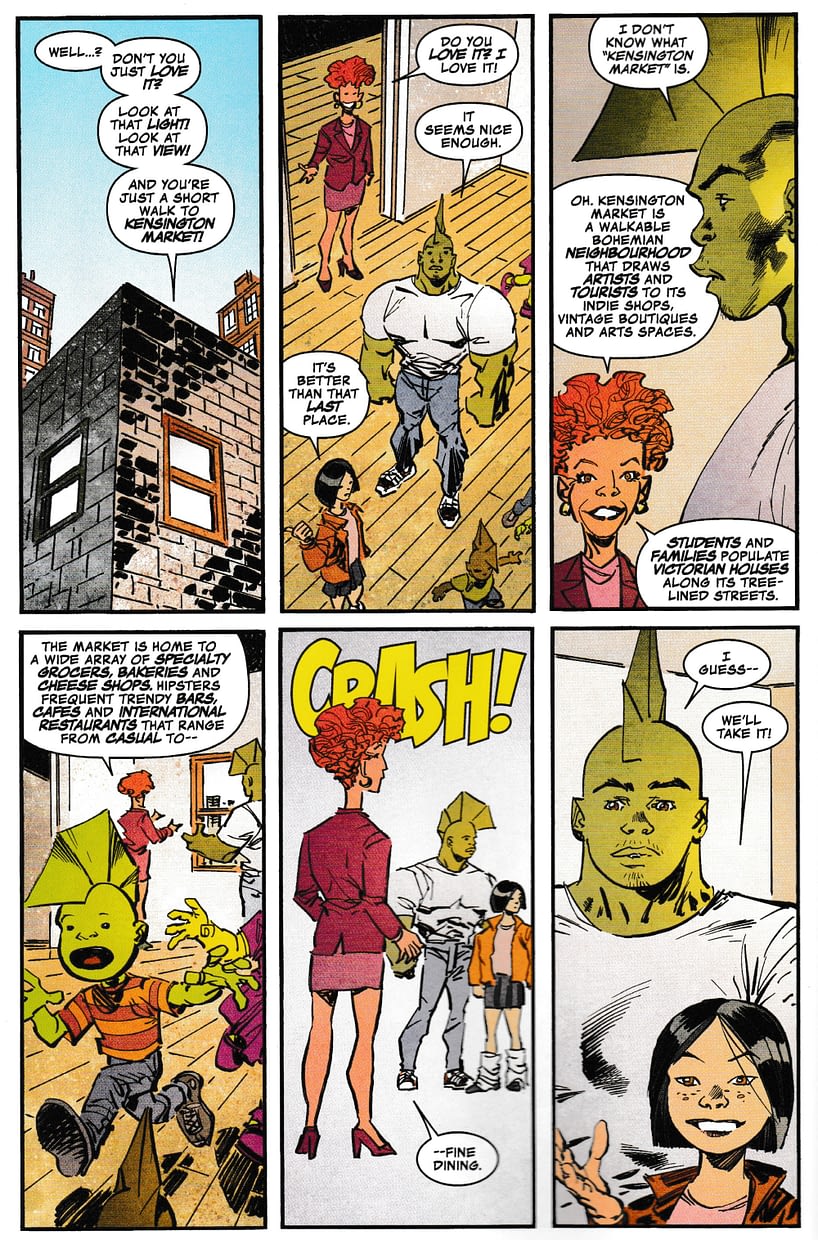 But one store this week could have done with a little Dragon action. Police are reviewing a security video posted by  Christophe Stevens, owner of Wafels & More, Toronto's only 100% waffle store, apparently. The video appears to show a man with the familiar chalk white skin and dyed green hair of The Joker talks with staff at the restaurant before stealing the tip jar from the front of the store and leaving when the employee's back was turned. Here's the video.

Posted to Facebook, other local storeowners shared their own encounters with the Joker. Owner of nearby Famoso Pizzeria, Dean Labreche, added,

This painted face person hits up many places along bloor west. He will attempt to enter "staff only" areas and take whatever possible. He also does drugs in restaurant washrooms. Heads up.

Yes i kicked him out my toilet once before where he left me a nice present to deal with.

How lovely. A brown fish in the bowl perhaps?