Warcradle Studios has been pretty busy lately. Not only has the company behind Wild West Exodus and Dystopian Wars been plugging away on their flagship titles, they've also been developing stand along properties like Lost World Exodus, and the brand new, Lovecraft inspired Mythos, which looks simply wonderful.

Warcradle took to their blog today to tease some information on one of the factions for Mythos, which is called the Custos Crypta. Here's a little more on this enigmatic new set of miniatures:

The story of the Custos Crypta who roam the world of Mythos in the 1920's begins in the year 700 BCE at the height of the Kushite Empire. The authority of the Pharaoh of that era, Neferkare Shabaka, was considered absolute. Shabaka was said to be blessed by an ancient Egyptian God known as Khepera. It was in Khepera's name that Shabaka ruled from Nubia to the Nile Delta. For this service, the Kushite Empire was gifted the service of the Custos Crypta, a sentient insectoid species that acted as both guardian and custodian of Shabaka and his people. But time and the treachery of humankind are the only constants in this world and when Shabaka was murdered by his nephew Taharqa, the Custos Crypta were entombed alongside him in the pyramid at el-Kurru, there to remain for the rest of eternity. At least that was the plan…

The 1920's saw a global uptick in fascination about all things Ancient Egypt, so having a faction that factors that fascination in with some good old fashioned Carnage of the Old Gods is fantastic! And in true Lovecraft style, these creepy-crawlies have their own pets, too:

The Custos Crypta extends its influence through the human cattle by way of mentally compelled servants. Victoria Taylor and Sara Heriot are former research students from the Museum of Fine Arts that were brought under the control of the Crypt Guardian on its reawakening. Though utterly dedicated to the whims of Khepera, regrettably any initiative or higher reasoning is stripped away by the process which limits the Custos Crypta's use of such enslaved pawns.

The folks at Warcradle make some truly amazing miniatures, which you can most likely order at your local game store if they don't already carry them!

The rules for Wild West Exodus are even free to check out online! It's a really fun game, filled with steampunk adventurers, monsters, and even a grey alien or two! 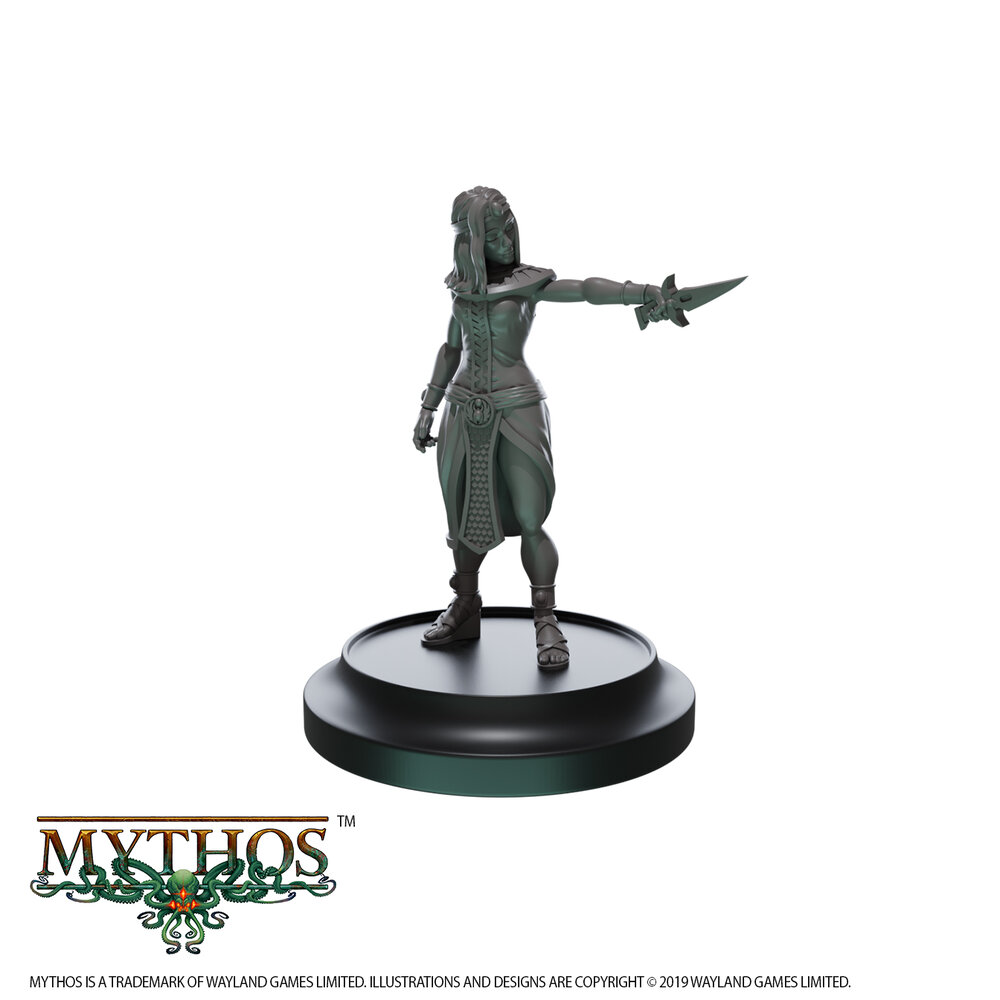 Leigh George Kade is a writer, illustrator, and sculptor who lives in Salt Lake City with his wife and two small Skrulls. Leigh has also been a panelist on the wildly popular Geek Show Podcast since 2008. He has been an Entertainment Writer for Bleeding Cool since 2018.

"Love Boat Angels" was so much more than the fourth season premiere of ABC's flagship jiggle show, "Charlie's Angles". It was also mind-numbingly dull.

"The Hunger": A Feast for the Eyes, Not Much for the Brain (Neon Cinema)

"The Mandalorian": Finally! Something "Star Wars" Fans Can Be Thankful For [OPINION]

"Star Wars" fans seem to overwhelmingly love "The Mandalorian", which is great news for the franchise and people who really miss openly loving "Star Wars."

"The Mandalorian" continues its excellent first season, with "The Sin" filling in a ton of "Star Wars" lore and tons of thrills.

"His Dark Materials" S01, Ep03: "Spies" of Every Shape and Size (Spoiler Review)

"Spies" slows down the action a bit on "His Dark Materials", but definitely ramps up the intrigue on BBC and HBO's adaptation of the Phillip Pullman novel.

"Minecraft: Builders & Biomes" Brings the Action to (Board Game) Life

Ravensburger has a brand new board game that brings the classic action of "Minecraft" home just in time for the game's 10th anniversary!

Some fun news from the Gridiron Gaming Group as Los Angeles Chargers running back Austin Ekeler will be joining them for their draft day event.

Artist Kate Kasenow joins us for the 25th anniversary of Pokémon to speak about her love of the games & what they bring to the world.

Tools Up! Just Got Some DLC As They're Throwing A Garden Party

All In! Games revealed this week they have launched a brand new DLC pack for Tools Up as they're throwing a party.

Strangeland Will Be Released On PC On May 25th

Wadjet Eye Games and developer Wormwood Studios revealed this week that Strangeland will be coming to PC on May 25th.

Who kidnapped Ron Weasley? These are the tasks Harry Potter: Wizards Unite will have to complete to unlock the next part of the story.