Dashcam is the new low-budget pandemic horror movie that's probably the last word in Pandemic Movies. It's also going to get a significant cult reputation amongst horror fans, its merits debated by anyone who stopped to watch it. It's an experiment in moviemaking, an endurance test for the maker and, most of all, the audience. It pushes the found footage horror movie as far as it could go, all the way to the breaking point. It may not completely work, but it's mean, nasty, gross, and absolutely hilarious.

Annie Hardy plays a horrible fictional version of herself, a livestreamer on an online series called "Bandcar" who drives around Los Angeles rapping live to suggestions from her audience. The Annie Hardy of Dashcam is a MAGA-loving anti-vaxxer who tires of the lockdown restrictions in LA, among the strictest in the country during the peak of the Pandemic, so she decamps to London, hoping for more action. She crashes the pad of her buddy and former bandmate Stretch (Amar Chadha-Patel), who works as a food delivery guy, and quickly wears out her welcome when she just has to get in the face of everyone she sees who's wearing a mask. In a fit of brattiness, she "borrows" Stretch's car to make deliveries on her own and livestream her show. When she agrees to transport a sickly old woman, all hell breaks loose, and she and Stretch end up on the worst night an essential worker could possibly get, even if one of them is a fake essential worker. Every possible bodily fluid (except semen, thank God – rest assured that sexual assault is not a part of this story, so no need for a trigger warning there) gets dripped, spilled, and splattered during the course of Annie and Stretch's Night from Hell. Hilarity ensues.

Dashcam is an endurance test on two fronts: it challenges the audience to follow and empathise with a heroine who is a horrible person, and it challenges the messiness of handheld found footage film and how much a viewer can put up with it. With the former, Annie Hardy is a mean, selfish, attention-seeking sociopath who likes to get in people's faces for the lulz. Savage and his writers Jed Shepherd and Gemma Hurley want to show how we are ultimately forced to empathise even with the worst kind of person when they end up in visceral, horrific danger, even if they brought it on themselves. You could say that makes Horror the most human of genres – it reduces everything to our empathy through fear of death. With the second, the deliberate use of iPhones to shoot messy, uncomposed, jerky shots that can lose all coherence to the point of headache and nausea-inducing is a direct challenge to what defines Cinema, and the literal breaking of the image to the point of unwatchable is all on purpose. There are at least three moments that evoke a combination of comedy, dread, and wonder that Savage carefully planned. This is a movie whose seemingly messy; chaotic shots were all planned out to suggest the opposite. It's an experiment that can only be tried once; the sense of spontaneity and chaos can only be done on a low budget and will probably never be done again, its purpose served.

It's rare for horror movies to get truly chaotic and anarchic. Hollywood financing frequently insists they stay within structures of coherence and conventional storytelling and cinematography. Dashcam takes advantage of its low budget and the credibility Rob Savage earned from his breakout lockdown horror movie Host to push the boundaries of chaos in his second horror feature. This willingness to alienate his audience shows his commitment to being a horror filmmaker. Watching all this herky-jerky camerawork on a big screen in a cinema might make you really nauseous.

Whether Dashcam really works is up for debate. It's interesting that you can still understand what's going on even when the image on screen collapses into a bad angle or blurs where you can't see anything, but you still know what's happening. It still sticks to the tenets of escapist horror movies. It has a sense of humour about itself, and if you're not in on the joke, you'll end up offended. Some of us laugh at the horrible heroine's situation when the more awful things happen to her, but that's the complicated part of empathy in horror movies. Rob Savage and his team understand this and the nature of satire and social commentary, about which Dashcam has plenty. That includes the idea that the type of insane supernatural conspiracy that a character like "Robin Hardy" would believe in actually turns out to be true – it's not for nothing that she picks up the infected old woman from a pizza joint. The biggest joke here is that Annie Hardy's antiheroine becomes the Final Girl, too stubborn and pissed off to take crap from a demon-possessed zombie or the mad cult that created it. If what we said here makes you want to see Dashcam, we warned you. Dashcam is a horror movie to be watched, then think about if you care about horror movies. We laughed and laughed.

Dashcam could be considered Rob Savage's "difficult second album." Still, it's a hoot if you can get behind the joke of the worst heroine imaginable and the messiest handheld camerawork possible. No other horror movie this year will be talked about as much.

Dashcam is now in theatres and VOD.Dash 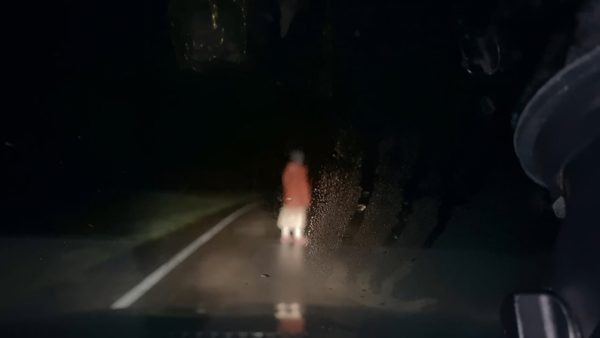 Review by Adi Tantimedh
6.5/10
Dashcam could be considered Rob Savage's "difficult second album", but it's a hoot if you can get behind the joke of the worst heroine imaginable and the messiest handheld camerawork possible. No other horror movie this year will be talked about as much.

Crunchyroll has released the first three episodes of anime RWBY: Ice Queendom on YouTube, showing some improved storytelling and more.

Doctor Who Crossover Thoughts: Steven Moffat & The Doctor As Fairytale

Looking back at the Doctor Who crossovers compiled here, we get a better sense of how Steven Moffat deconstructs the Doctor as a fairytale.