The Bob's Burgers Movie is likely going to be enjoyed by the fans who are getting an above-average episode of the show stretched out to a feature-length film. However, this movie likely isn't going to be the thing to convert new fans to check out old episodes.

Director: Loren Bouchard and Bernard Derriman
Summary: The Belchers try to save the restaurant from closing as a sinkhole forms in front of it, while the kids try to solve a mystery that could save their family's restaurant.

The Bob's Burgers Movie is kind of a miracle of a film in the sheer sense that it really got caught up in the Fox-Disney deal. It was first announced in 2017, and many different reasons have forced this movie to stumble plenty of times. However, Bob's Burgers has never been a show that relies entirely on current pop culture references like Family Guy or South Park. Even if this is the exact same script they wrote back in 2017, it's not an issue because it won't feel dated in any way that matters. The thing that is at the core of Bob's Burgers has always been the family and how they interact with each other. The show could be pitched as a "more wholesome version of The Simpsons," and while most families in adult animation tend to hate each other, everyone in the Belcher family love each other unconditionally and aren't afraid to show it. That love for family and that dynamic is very much present throughout the movie's entire runtime as we watch the restaurant nearly go under for things entirely out of the Belcher family's control. In this case, it's a sinkhole right in front of the entrance.

From there, things proceed in The Bob's Burgers Movie how they would in an episode of the show. The kids go off on their own adventure to figure out a way to try and help save their parents' failing business, while Bob and Linda also go off and try to scrape together enough money to get through another month. The movie spends about an equal time between the two plots, but if there is an "A" and "B" story, the kids would be the "A" story. They get the more interesting angle and all of the fun things to do. While Bob and Linda are a joy, the Belcher kids play off of each other so well that you can't not enjoy any scene where they are simply having a conversation together because it's funny. The movie has a lot of moments where it works really well.

However, other aspects don't work as well. The Bob's Burgers Movie starts off intending to be a musical, and for the first half of the movie, they do seem to be going down that route. The songs are cute; they are pretty catchy, they have clever lyrics, and it all works. However, the movie seems to forget that it wants to be a musical for most of the second act, making the actual number of songs feel extremely awkward. It feels like there are too many for it to be just a joke for fun, but there aren't enough to really justify calling the entire thing a musical. It messes with the flow of the movie, which is already going to feel a little awkward for fans of the show.

You're going to expect things to either wrap up or start to wrap up around the twenty to thirty-minute mark, but then The Bob's Burgers Movie keeps going. It's going to throw people off a little bit and it almost seems like the people making the movie thought they were only making an episode and then realized that they needed to make a movie. Perhaps this is just because we're used to the pacing of the show, but this transition just doesn't feel as smooth as it should have. Once the moment passes and the movie stumbles from this weird pacing issue, everything starts to work again. The movie isn't long, but there are so moments that feel like it could have been shaved down to a tighter 90 minutes.

Then there are the references. A good reference or callback should exist within the flow of a scene without being distracting to someone who might not know anything about the source material. They have said that they are making The Bob's Burgers Movie for everyone. However, the references lingered on just a little too long. If you don't know why Teddy is talking to that giant raccoon or why Tina is dreaming about zombies on horses, it will make the audience very aware that they aren't in on the joke. The audience shouldn't be aware that they aren't in on the joke when it comes to such references. They should be there and pass by with enough time for fans to go, "Hey, that thing," and then it needs to move on.

If The Bob's Burger Movie just wants to be something for fans, that's fine, but that will be limiting in terms of audience. The movie has already been in the works for so long, removed from the schedule twice, and opening against a massive action movie, one has to wonder what kind of foothold this movie will be able to find at the box office. In 2017, this probably seemed like a better idea, but right now, there doesn't seem to be a huge justification for this to be a theatrical release instead of a direct-to-streaming special or something like that. However, the Fox movies have to release in theaters, and maybe this one will hang out in theaters long enough to break even. The Bob's Burgers Movie probably won't attract any new fans from its theatrical release, but if it gets a good streaming release, perhaps it will convert some new fans to one of the best adult cartoons on TV right now. 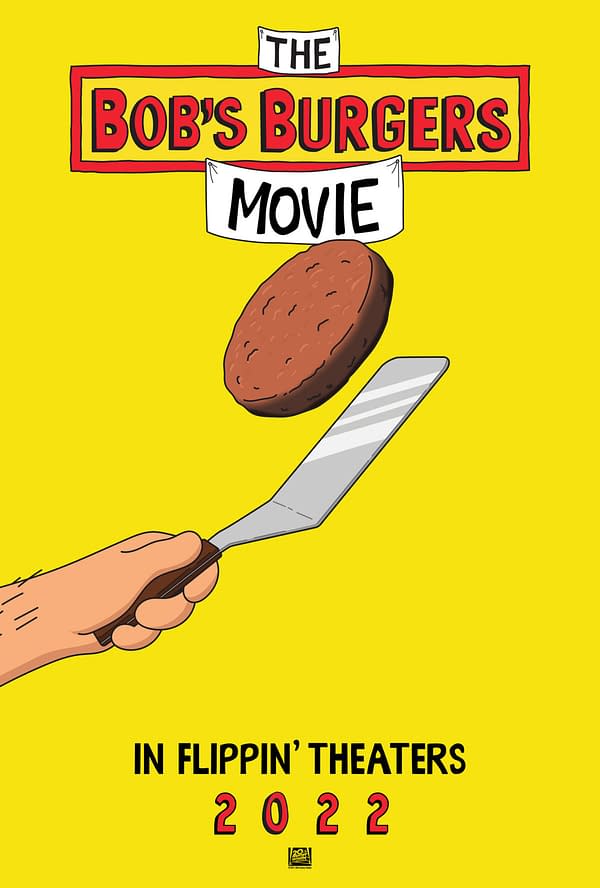 Review by Kaitlyn Booth
8/10
The Bob's Burgers Movie is likely going to be enjoyed by the fans who are getting an above-average episode of the show stretched out to a feature-length film. However, this movie likely isn't going to be the thing to convert new fans to check out old episodes.

Batman: Christian Bale Would Return for Christopher Nolan if Asked