SYFY's Astrid & Lilly Save the World impressed again with this episode both in serious and comedic moments that struck a cord with me. As per usual, here's your warning for spoilers being plentiful ahead for this episode.

As one would expect after the last episode, Astrid and Lilly had a rough beginning the next day at school when seeing each other in the hall. Neither of them pushed yet to talk it out thoroughly with one another. I like how both of them weren't pushed together to makeup right from the start of the episode, even if they're teenagers that dramatic of a turn wouldn't be natural. The same thing could be said about Candace and Lilly. When Candace tried to lean in for a kiss while Lilly backed away, her saying "I thought we could kiss and makeup?" was a truly real interaction for her character. She's used to that being the case in past relationships, like with Tate for example. It sucked seeing them argue but there had to be a small wake-up call to Candace about her decisions and their impacts on Lilly at some point. I'm very happy with the way that situation was dealt with.

On the monster side of things in this episode of Astrid & Lilly Save The World, mannequins are proven again to be one of the most creepy things in existence. The concept of this monster was great, I love the impersonations and shifting into looking like others. It worked very well overall with the themes and barriers in relationships in the episode. The presence of the monster somehow did not obliterate Michelle's absurd Australian version of Romeo And Juliet which was honestly such a funny factor to take into account.

— Astrid and Lilly Save The World Official (@AstridLillyShow) March 23, 2022

We got more moments between Eggs and Valerie, which is proving to be another favorite couple of mine developing in the series. My least favorite of mine would be Candace's relationship with her mother, Christine, who revealed the fun fact that she slept with Tate's dad much to Candace's reaction of pure disgust. Oh, how I feel for Candace having that as a mother, especially not supporting her daughter in the play. For The Guardian to choose Christine as some sort of future ruler of her dimension, this monster may have some unrealistic hopes for that whole situation. It's like suddenly making a "Karen" a regional manager for a set of stores she berates every time she shops there.

Brutus' involvement in this episode of Astrid & Lilly Save The World was so heartwarming and solidified my love for his character. It's great seeing him be involved and develop such a concern for Lilly and Astrid as the season has gone on. I'm simply glad the poor guy didn't have to necessarily witness the school play, particularly the insane-looking koala prop. In a way, another helper to Astrid and Lilly would be Eggs, his observant and caring nature is honestly very handy making me think he'll end up being great help against The Guardian. The Guardian also ended up looking like a youth pastor wanting to run for office and honestly that's scary alone without the "sacrificing teens" bit. His latest recruit being Sparrow absolutely breaks my heart, but I'm hoping for the best.

We need #AstridAndLilly to stop the guardian because monster soup looks good on nobody! Take a peek at an all-new episode landing tomorrow 10/9c on #SYFY. pic.twitter.com/RLS4neZ3zN

Samantha Aucoin was absolutely fantastic in this episode, having to portray both Lilly and a fake version of Lilly developed by the monster during almost the entirety of the episode. Lilly's moms coming to the play and being as supportive as they were was fantastic and I hope to see more of them as I pray for a second season of this fantastic series. My heart was continually breaking and being put back together when witnessing the scenes between Lilly and Candace. The mixture of comedic moments in the episode was perfectly timed. The funniest shit was seeing Lilly being chased across the hall by fake Lilly in front of Astrid, a close second moment being Valerie chasing fake Valerie down the hall in a crocodile costume. The moments of the play being shown were hilarious and worth the wait.

Astrid & Lilly Save The World has continued to be a fantastic representation of plus-sized bodies, but what it does better is the queer presence and intersectionality brought to the screen. Seeing Lilly and Candace together has a way of tugging on my heartstrings and enveloping me in just an embrace of validation. I hear my younger self in the back of my mind going, "I'm just so happy the younger generation has something I could have desperately used years ago." Listen SYFY, I review each episode of this series with some ending up being excellent and some not rising as much to the occasion, but Astrid & Lilly Save The World could legitimately be a profound show for a lot of people. The way this series can genuinely feel like a high school environment I would be familiar with even through the midst of monster chaos is something unique in itself. Excuse me while I'm praying for a season two announcement to come soon. Don't forget to let me know in the comments what you thought about this episode! 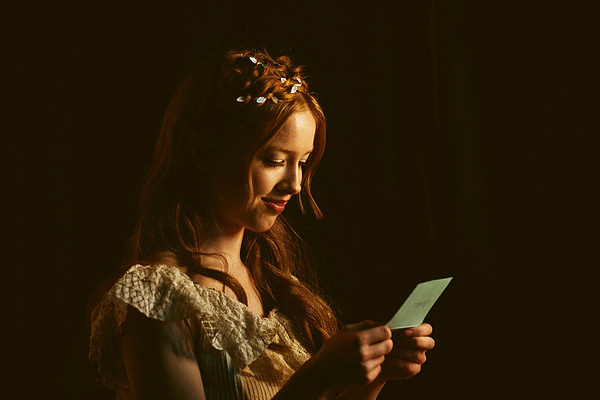 Review by Brittney Bender
10/10
Each episode of SYFY's Astrid & Lilly Save The World ends up with some being excellent and some not rising as much to the occasion, but this series overall could legitimately be a profound & important show for a lot of people. This episode proves that statement to be true, wonderfully combining high school problems, queer representation, pieces unique to the sci-fi genre, and more.
Credits
Network
SYFY

Tom Brady may be retired, but don't plan on seeing him on FOX Sports covering the Super Bowl this weekend like some may have thought.