In "The Right Path", Cobra Kai's fourth episode of season three, Daniel (Ralph Macchio) rekindles some old friendships in Japan and war escalates between the rival dojos of Miyagi-do and Cobra Kai. As always with the reviews, this is your minor spoiler warning as I will reintroduce you to some old friends from previous The Karate Kid canon.

Daniel is currently on a pilgrimage to save his family auto-dealership by going to Tokyo making his pitch to Doyona Motors to try to maintain his relationship with the conglomerate. As one door closes, another opens as he decides to travel to Okinawa at his former sensei's hometown which he discovers to be far more modernized than the quiet humble abode he saw during the events of The Karate Kid Part II (1986). He reconnects with Kumiko, played by Tamlyn Tomita, who reprised her role from the John G. Avildsen film. As with the common theme of the series, not everything always as it seems as she'll reintroduce Daniel to another familiar face.

Not everything has to be chock full of overacted drama. The scenes between Macchio and Tomita provide one of the few warming scenes of the series that's beyond just pure nostalgia and provides far more than a simple revisit to memory lane. It's a trip and interaction that serves a purpose, which again with lesser writing, it can be tricky to fall into lazy tropes of recycling what worked in the original film. Back in the States, Johnny (William Zabka) and Miguel (Xolo Maridueña) reconnect as sensei-student once again. This time, Johnny instead of teaching his prized pupil martial arts is trying to get him to rehab his legs following the surgery. While the situation is certainly different, they pick up where they left off in the kind of father-son type of bonding Robby (Tanner Buchanan) wished he has with his actual father, Johnny. The actual father and son are naturally still going through issues, like that wasn't already a theme throughout the series' run.

Also, Miyagi-do and Cobra Kai students lead by Sam (Mary Mouser) and Hawk (Jacob Bertrand) are taking their war to a greater psychological and physical level despite Valley High's trying to be more assertive to physical contact with futility. In keeping within the spirit of that "universe," it's surprising how this "gang warfare" hasn't involved firearms. There's just a level of suspension of disbelief given how much angst, pain, and hopelessness that goes around in this drama. Credit goes to the creators and showrunners for their consistency. Written by creators Josh Heald, Jon Hurwitz, and Hayden Schlossberg along with Michael Jonathan Smith, Cobra Kai reminds us there's nothing wasted here as the series revisits familiar faces and locale. Macchio, Tomita, Zabka, and Maridueña deliver another strong outing. Season three of Cobra Kai is available to stream on Netflix. 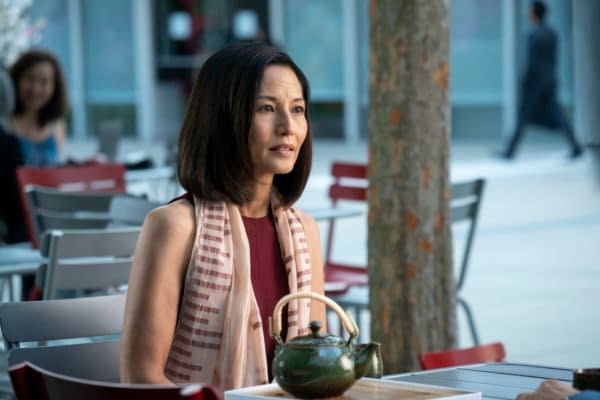