Following the success of Walker and Charmed, The CW continues its trend to resurrect classic tv shows for a modern audience- though fans of the original Kung Fu starring David Carridine will be hard-pressed to find many similarities past the name. Long desert walks, "Grasshopper," and "Snatching the pebble from my hand" will not find any screen time in this version. But veteran actor Tzi Ma (RoboCop, Rush Hour) reassures us that "Our show, Nicky is the pebble. She dropped it into the water and concentric circles go out. So this is our story. See the pebble, this pebble is pretty cool."

That pebble at the center of The CW's Kung Fu is Nicky Shen, played by Olivia Liang (Legacies, Into the Dark). Rebelling against her overbearing mother, Nicky hides away in a Shaolin monastery mastering the titular martial art for three years. She finds peace and purpose until mysterious intruders attack her temple and mentor Pei-Ling (Vanessa Kai), changing her destiny forever. After three years with no contact, she returns to her family in San Francisco to track down the Temple's assailants, finding things have changed quite a bit. Her sister Althea (Shannon Dang) is engaged, her brother Ryan (Jon Prasida) is in med school, and her mother Mei-Li (Kheng Hua Tan) is still resentful for Nicky leaving. After finding her father Jin (Tzi Ma) beaten in the alley, Nicky learns that his business is being shaken down by a gangster. Rounding up her family, her new brother-in-law Dennis (Tony Chung), her ex Evan (Gavin Stenhouse), and new friend Henry (Eddie Liu) Nicky sets out to stop her father's assailant. The premiere episode of Kung Fu sets Nicky up to deal out some street-level justice using her Shaolin training and martial arts expertise, while still searching for her temple's attackers.

With only 42 minutes of story, the premiere is understandably mostly exposition and world-building. The rapid-fire character introductions are peppered with three high-octane fight sequences that really took me by surprise. We are not even seven minutes into the cold open before the first fight sequence quells any doubts you might have about the action we can expect from the series. These fight scenes could be longer but we still have a story to tell. Hopefully, they will get a little longer as the season progresses and the writers settle into a rhythm. The balance of multi-generational characters introduced and beautifully choreographed action has me excited to see these characters develop over the course of the season.

The original Kung Fu was not lost on executive producer/ showrunner Christina M. Kim (Lost, Blindspot) when developing the re-imaging of the iconic television series. She took the core idea of someone helping people with social justice and having someone that would not normally be considered a hero. Someone becoming a hero.

Liang is simply brilliant as that hero seeking to protect her family and community. Olivia is equally adept at exchanging kicks with thugs as she is trading lines with her mother, played by skilled Singapore actress Tan (Crazy Rich Asians, Marco Polo). Emotion-filled mother and daughter fights are never easy but Liang and Tan's argument feels like real family issues. Kheng, along with Ma, lends an air of gravitas and emotion to the cast that holds the on-screen family together. Nicky and love interest Henry, played by Liu (Waiting Room, Never Have I Ever) share onscreen chemistry that is only outshined by the fight sequences. Whether fighting or researching the mysteries surrounding the attack on her monastery, fans will be thirsting for this duo. Pei-Ling Zhang, Nicky's Shifu played by Kai (Gabriel's Inferno: Pt 1, Behind the Mirror), shines as she grounds her with wisdom and purpose leading her towards her destiny.

The original was an iconic television series that was groundbreaking at the time. It introduced an American audience to Kung Fu, Buddhism, and many beautiful elements that I hoped would still be there. The basic idea of someone using Shaolin Kung Fu to help people in need, someone who is bringing about justice is a wonderful concept and that is very much alive in this show. But this take on Kung Fu got it right by presenting viewers with a strong female Asian lead who is kicking butt and will hopefully serve as a role model for a new generation.

Jimmy Leszczynski has been blurring the line between comics and reality at SDCC every year since 1994, and was a nerd long before Lewis, Gilbert, and the Tri Lamdas made it cool. Middle aged father of 2 that REFUSES to grow up, lifelong Bat-Fan, and he thinks he's pretty funny. 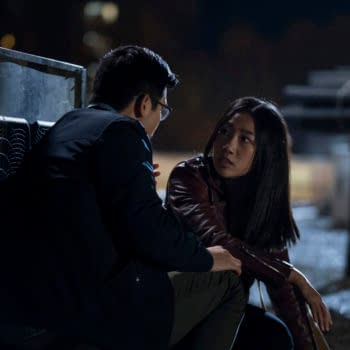 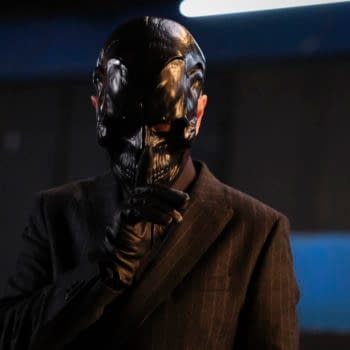 In his interview with Bleeding Cool, Batwoman star Peter Outerbridge discusses who Black Mask is, where he sees the season going, and more. 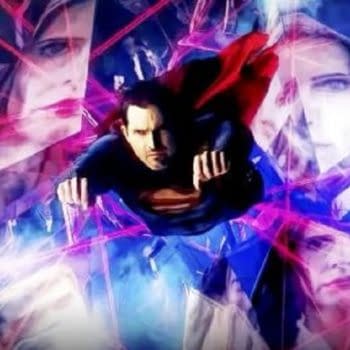 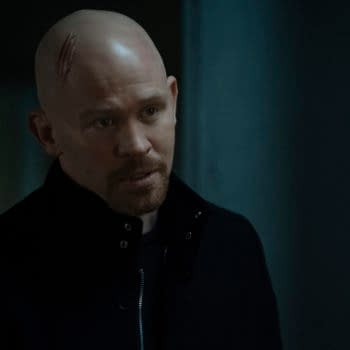 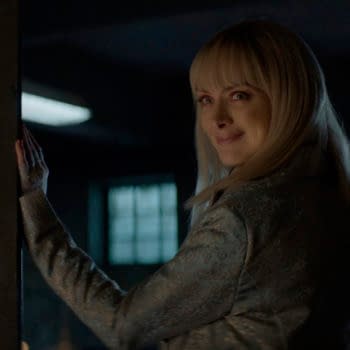 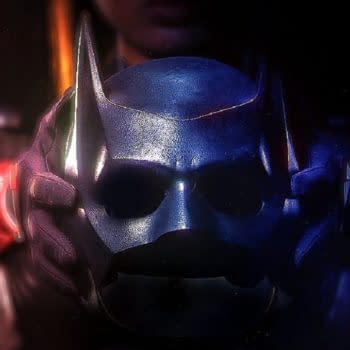 Batwoman star Javicia Leslie discusses what it takes to wear the cowl, making Ryan Wilder her Ryan, representation on screen, and more.

WrestleMania 37 night two has already brought some fan-favorite moments – from Kevin Owens stunning Logan Paul (WHY WAS HE THERE?!) to Rhea Ripley pinning

The RAW Women's Title was on the line at Wrestlemania as Asuka defended against Rhea Ripley in the penultimate match of night two.

Fear the Walking Dead S06 The Door Review: Heartbreaking First For Us

With S06E08 "The Door," AMC's Fear the Walking Dead returned with a heart-breaking game-changer that maintains the season's excellence.

While production continues on the Jeremy Renner and Hailee Steinfeld-starring Hawkeye, Marvel is offering a crash course in Kate Bishop.

The fourth fight of night two of WrestleMania 37 followed the epic match between Sami Zayn and Kevin Owens, where Logan Paul made an unremarkable