There are some arcs to unload on the fifth episode of Peacock's Saved by the Bell Season 2 "From Curse to Worse". The first is Mac (Mitchell Hoog) scoping the competition by going deep undercover at Valley High… only to discover how much of a utopia the school really is when it comes to showing off their school spirit and how woefully Bayside is. He interrupts Daisy (Haskiri Velazquez) at the student council meeting to debrief them on what he's learned. After proposing a new post of Spirit Czar, Daisy rebuffs him before giving him a dirty look for the latest stunt he pulled.

The main focus of the episode centers on an event triggered by another high school banning a trans girl from her soccer team. All eyes are on Josie Totah's Lexi, who has her own ideas on how to join the fight. Unfortunately, the best of intentions combined with her own insecurities sends the completely wrong message to the local LGBTQ community at Bayside as she tries to organize a play on the fly to disastrous results. The third arc continues Gil (Matthew Sato) and Daisy's relationship, Daisy taking the next major step of finally revealing it to her family.

Directed by Heather Jack and written by Chris Schleicher & Jen Chuck, the strength of the episode comes from Totah and her ability to take viewers along on her journey of confronting her own insecurities about her own experiences as a trans person while also offering viewers a teachable moment about what activism truly means. As serious as the issues presented are, it naturally follows the sitcom tropes of every character putting their own spin on the issue while trying to awkwardly empathize with Lexi. Thankfully, it worked here.

Not only do we see character-building moments with Lexi, but also with Daisy as viewers are exposed to more of her home life. Stoking the fires of paranoia and stereotypes, we even get a timely Joss Whedon reference thrown in when she doesn't seem to think a nerdy guy can be creepy. Cheap laughs aside, "From Curse to Worse" shows the potential of what Saved by the Bell can be when used to its fullest potential as a reflection of contemporary culture while retaining the spirit of the original series. The series is available to stream on Peacock.

Saved by the Bell Season Two, Episode Five "From Worse to Curse" 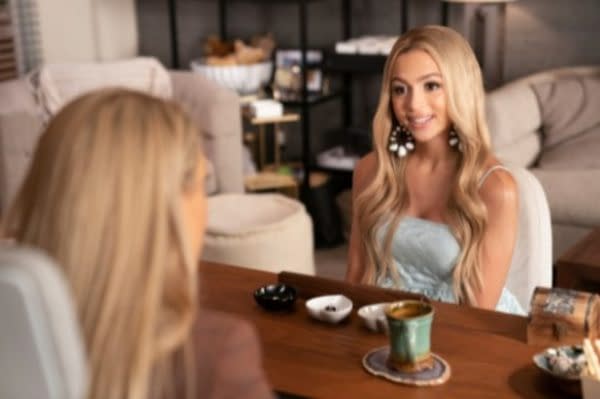 Review by Tom Chang
8.5/10
Josie Totah, Haskiri Velazquez, and Mitchell Hoog anchor one of the best episodes of Saved by the Bell in "From Worse to Curse," showing what happens when the cast is firing on all cylinders to mix humor with a positive message about the importance of inclusivity.
Credits
Director
Heather Jack

Tobey Maguire breaks his silence on returning for Sony/Marvel Studios Spider-Man: No Way Home after a 14-year absence from the franchise.