The second episode of the second season of Peacock's Saved by the Bell creates some dramatic changes for a few characters. First, the cold opening of "The Mac Tapes" reveals that the football team is closing due to safety concerns with Slater (Mario Lopez) being made an example of. While in recovery, he convinces his star athlete Aisha (Alycia Pascual-Pena) to try out for the wrestling team having no idea how in over her head she is.

Having wrestled a boy within her weight class to disastrous results, Aisha quits in frustration. Meanwhile, Daisy (Haskiri Velazquez) is confronting a problem she's never encountered before, falling in love with an equally grade-conscious and book-smart male student. The other continuing arc is Jessie (Elizabeth Berkley) continuing to deal with her divorce including confiding in her friends and colleagues on the difficulties in telling her son Jamie (Belmont Cameli) about it. It's one of the few instances where Toddman (John Michael Higgins) is written as a real empathetic character than just a caricature goofball.

The build-up and resolution come from some unexpected places, which if you followed the legacy of Saved by the Bell since its beginnings on NBC Saturday mornings, you can probably make an educated guess. Directed by Matthew A Cherry and written by Josh Siegal, the episode gives everyone in the core enough to do to contribute and not be lost in the shuffle. I felt it provided the rare opportunity to put Pascual-Pena into a layered spotlight because, at the beginning of the series, she was with the rest of her Douglas High peers as they were all still trying to figure out themselves and their places at Bayside. It put her into an unfamiliar position of having to confront her vulnerability for the first time.

While the primary focus was on Berkley, I did appreciate that the series allowed Cameli to shine and how Jamie's maturing growth is being shown without it feeling forced. Like Toddman, it was kind of a delicate balance seeing a couple of characters were used to seeing as high-strung at moments then show their serious sides in a more fluid, organic way. It was a balancing act this episode was able to execute cleanly. Saved by the Bell is available to stream on Peacock.

Saved by the Bell Season 2 Episode 2 "The Mac Tapes" 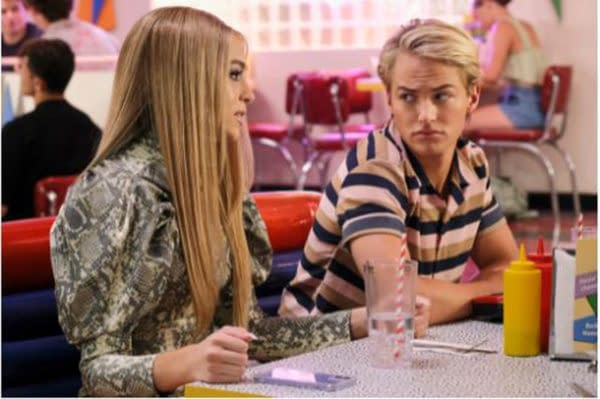