The overall theme of She-Hulk: Attorney at Law has been Jennifer not feeling comfortable in either of her forms anymore. Just being Jennifer isn't enough anymore; she still isn't entirely connecting with her She-Hulk form. She's getting there, but just when it seems like she's going to have a breakthrough in coming to terms with her own identity, she is struck down the same way, so many of us are: she's ghosted. In the same way, many of us finally overcome something: Jennifer attends a group therapy session.

She-Hulk Is Jennifer's Much Cooler Friend

There have been a lot of moments throughout She-Hulk that feel extremely true to the female experience, and the monolog that Jennifer gives about feeling like She-Hulk is the cooler friend that she always thought would have it better is something many women experience. Girls, especially young girls, when forming foundational friendships, are pitted against each other. Media and people tell us we shouldn't be supporting each other, but we should be trying to be better than the other. Jennifer is no different; only she is being pitted against herself. So far, the number of people who seem to like both Jennifer and She-Hulk are people that she could count on one hand, and losing Josh in such a mundane way was the final nail in the coffin that maybe people don't like any parts of her.

We all know what it's like to have people only like a certain version of us. It's hard to present your full self to people because that is an extremely vulnerable position to be in. She-Hulk might have unbreakable skin, but it's still very possible to her both versions of Jennifer. The support great that Blonsky introduces her to the idea that people can and should like and value Jennifer just as much as they value She-Hulk. Coming to terms with that is another step for Jennifer to truly accept her circumstances and realize that both versions of herself have value.

That makes the final reveal that Josh was deceiving her even more disgusting than it already was. The show will probably bypass how insanely violating that whole thing is because it doesn't exactly go along with the show's vibe. That being said, Josh committed assault by sleeping with her under false pretenses and violated her bodily autonomy by taking her blood. It's incredibly gross, and we can hope that the show will touch on what he did to her in the next couple of episodes. It's even worse that the first man that Jennifer thought was interested in Just Jen wasn't interested in her at all beyond what he could take from her without her consent. It's a tough scene to watch, and how the show decides to approach that violation will be telling.

A+ Daredevil Trolling For Another Week

Ever since he appeared in a handful of trailers, certain fans have been watching She-Hulk simply because Matt Murdock, aka Daredevil, will be returning. The character was teased at the end of episode five, and fans have been getting angry for weeks since the character hasn't appeared. At this point, the show is trolling you all for sitting on the edge of your seat for what was always going to be a cameo appearance. The show didn't promise you a ton of Daredevil that they are somehow failing to deliver. He was shown briefly in a trailer and then teased at the end of one episode; that's not making false promises. That's just marketing, and putting off this appearance until as late in the season as possible is part of the joke at this point if that wasn't insanely obvious by the opening lines of last week's episode. You're missing the joke every time you complain that the show called She-Hulk is failing to deliver you Daredevil.

What isn't so much a joke is how little She-Hulk is letting the Attorney at Law part of the show actually be part of the story. There is plenty here that the show could have built on to make it a lawyer show that just so happened to have superheroes in it. It's a shame that it almost seems like the creative team didn't have enough confidence to make the actual "lawyer comedy but with superheroes" for the entire season instead of just making it the occasional B-story. There have been hints that maybe something like that will be further down the line for Jennifer and something we could really see explored in a season two, but for season one and with two episodes remaining, it's not looking likely.

Not unless the season finale of She-Hulk is Jennifer beating the bad guys not by punching them but by catching them in some really impressive legal loophole which, if we're being honest, sounds like a more unique season finale than any other Marvel show we've gotten so far. 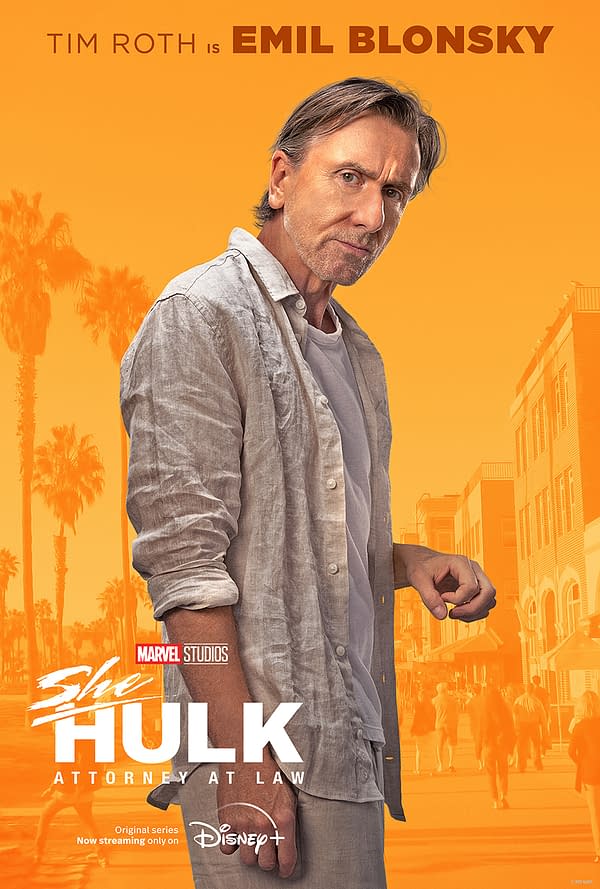 Review by Kaitlyn Booth
8/10
Episode seven of Marvel Studios & Disney+'s She-Hulk: Attorney at Law continues the expert-level Daredevil trolling while Jennifer grapples with people only liking She-Hulk or Jennifer, but not both.

First, we learn that Mike Flanagan & Trevor Macy's Intrepid Pictures was Amazon-bound. Now, Netflix is opting to not renew The Midnight Club.