FOX's The Great North went to the Log Museum and prepared for the scary "pee punch" in the latest episode, "Dead Moon Walking Adventure." Some minor spoilers may be ahead, so consider this your fair warning before reading any further…

While Beef Tobin mourns the potential of losing his favorite museum, the Log Museum, Moon tried to figure out how to navigate seeing a friend/bully, Debbie, outside of school in an embarrassing light. I can't get over the sad yet hilarious line from Wolf to Honeybee about his dad being sad at the buffet, with him stating "They don't even serve soup. That's just orange juice in a bowl." Been there Beef, that's what we call a depression meal and they either get really weird, very simple or a combination of the two.

The Great North developed a hilarious gym class scene, from slow dancing with climbing ropes to pretending two dodgeballs are butt cheeks it was fantastic and odd just like how being a kid can be. I'm reminded by writing like that and lines delivered like the kind from Coach Kiely, voiced by Nicole Byer. Beef is such a great dad and character with how he approaches Moon wanting to run away to avoid getting punched or attacked by Debbie. It's great to see how he and other characters make it through certain personal struggles in episodes like this one.

The ending credit song choice for this episode of The Great North was fantastic yet again. That's something I'm seeing the series do very well almost every time, its musical choices. While this episode had a lot of strength in terms of messaging, animation (as usual), and musical style, it wasn't as entertaining to watch as a whole product. I think Debbie is a unique and great character to interact with Moon and to be a part of this universe the series has established. I simply am unsure they did her justice in this episode of The Great North, things felt slightly rushed and I would have preferred they had done more with her previously in other episodes before focusing on her in this one. Two stories, big enough to last on their own, seemed to conflict and collide with one another in unsatisfactory ways. It's a shame, but I still love a majority of what I watched in this episode even with the issues I found. 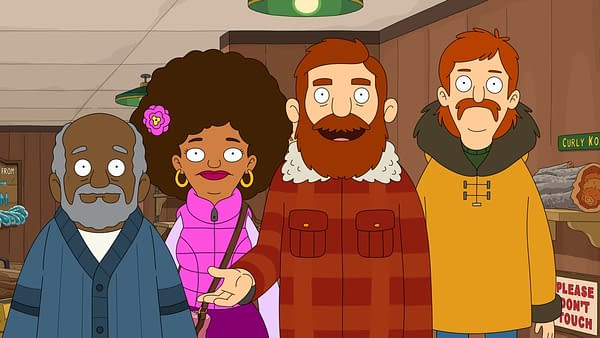 Review by Brittney Bender
7/10
FOX's The Great North S02E17 "Dead Moon Walking Adventure" was an episode full of great jokes and lessons, but it felt off because of how Debbie's character was approached and the story felt slightly rushed overall.
Credits
Network
FOX