After WWE Raw lost to AEW Dynamite two weeks in a row in the ratings, WWE Smackdown faced pressure to prove there's still a reason to watch WWE. Did this week's episode deliver? I'll be the judge of that!

WWE Universal Champion Roman Reigns, Paul Heyman and Usos in tow, made the long walk to the ring to start Smackdown. So long, they had time to play recaps from last week for a good three minutes and he still hadn't made it into the ring. It was roughly seven minutes into the show by the time he finally started talking, which set the stage for things to come.

Reigns demanded the city of Knoxville acknowledge him, though considering its most prominent residents won't even knowledge the coronavirus pandemic, I'm not sure how much he can reasonably expect.

Cue Paul Heyman to kill time until, ten minutes in, new WWE Champion Big E finally showed up, to the cheers and adoration of the crowd, who chanted "you deserve it." Finn Balor came out too, and it was all so exciting, Smackdown took a commercial break. When it came back, Balor and Big E took on The Usos in a match, which Big E and Balor obviously won. Backstage, Reigns made frowny faces and asked Paul Heyman to confess to being in cahoots with Brock Lesnar as Heyman grovelled, insisting he didn't know Brock Lesnar would be at SummerSlam and that he surely won't be at Extreme Rules. Reigns told him to make sure.

Rick Boogs punished the audience with his out-of-tune guitar playing, and then beat Robert Roode in a match. Boogs and Shinsuke Nakamura partied with Pat McAfee after the match, but Commander Azeez and Apollo Crews, having had enough of the noise pollution, took them both out. Somebody please tune that guitar. It's not that hard.

Happy Corbin was supposed to face Kevin Owens in a match, but he just beat him up outside the ring instead. Happy Corbin is absolute gold.

Seth Rollins came out to stand in the ring during a commercial break and for a backstage segment.

Backstage, Kayla Braxton tried to question Paul Heyman about Brock Lesnar's plans for Monday. Heyman accused her of sexually harassing him. He then ran into Big E, who he praised for winning the WWE Championship, especially because he didn't decide to try to cash in on Roman Reigns. The Usos jumped Big E.

Seth Rollins, by this point standing alone in the ring for a good ten minutes doing nothing, finally cut a promo on Edge, giving WWE an opportunity to replay the entire segment of Edge leaving in an ambulance last week. Rollins said that WWE accused Rollins of "unconscionable behavior" and "going too far" for stomping Edge, which is a bold statement from a company that kept Ric Flair employed after the Plane Ride from Hell and then made a cartoon about it. Rollins said its the fan's fault for what happened to Edge. To make a long promo short, Rollins challenged Edge to one more match.

Zelina Vega and Carmella faced Toni Storm and Liv Morgan in a match originally planned last for last week but pushed back because why actually put Zelina Vega on TV on the week of September 11th after having her out doing promo for it the entire week? Morgan and Storm won by countout when Carmella left the ring and started screaming after Liv "broke" her nose. Liv grabbed a mic and said she was glad she did it and challenged Carmella to a match at Extreme Rules.

The Street profits cut a promo backstage, pretty happy for people who keep losing at title matches. Then again, they keep getting new ones, so they cut a promo on The Usos.

Backstage, Carmella told Adam Pearce and Sonya Deville she accepts Liv Morgan's challenge, but Zelina said Liv will have to face her first. Are we booking two matches in advance? WWE is feeling ballsy this week.

Finn Balor cut a promo backstage with the lights out about The Demon. Then he magically transformed into the Demon with WWE's patented special effects.

Rey Mysterio accompanied Dominik Mysterio, against his wishes, to the ring for yet another match with Sami Zayn. Rey got on commentary as Smackdown took a commercial break.

Backstage, Naomi finally had enough of Sonya Deville dodging her and demanded something from creative. She got up in Sonya's face, so I guess all of this is leading to a match with Sonya herself, which would actually be kinda neat. Later, WWE announced that Naomi will be fined for insubordination.

Dominik blew it against Sami Zayn again. Zayn talked trash to Rey after the match.

Bianca Belair is from Knoxville, where Raw is tonight, so WWE did a video package of her visiting her high school (and positing with Mayor Kane).

Speak of the devil('s favorite demon)… Mayor Kane came to the ring to MC Bianca Belair's Homecoming Celebration. My god… WWE is so rattled by AEW, they're actually putting wrestlers over in their hometown?! Belair said she'll take back her Smackdown Woman's Championship at Extreme Rules. Kane invited her back to Knoxville for a party after she wins.  Then he presented her with the key to the county, which was clearly made out of cardboard. Becky Lynch came out to talk trash and try to sneak attack Bianca. Belair avoided the sneak attack but got Rock Bottomed anyway. I guess forget what I said about putting people over in their hometown. Looks like WWE isn't scared after all.

Not a lot of note happened on this episode of Smackdown, which focused on either rematches from past weeks, challenges for future weeks, or challenges for future weeks of rematches from past weeks. WWE is in a holding pattern at this point, waiting for the Draft to shake up the rosters. Even still, WWE Smackdown is miles above Raw in pure watchability, due largely to to the shorter run time and the presence of charismatic stars like Roman Reigns, Big E, Baron Corbin, Becky Lynch, and Bianca Belair. 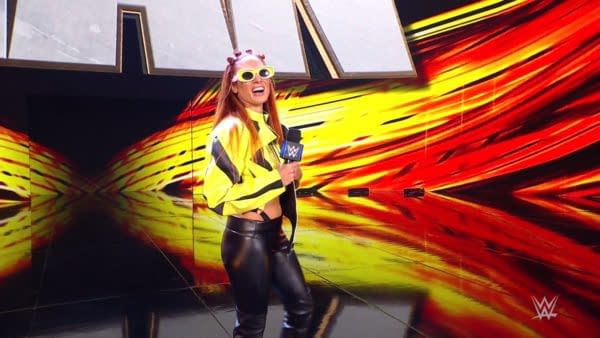 Review by Jude Terror
6.5/10
Not a lot of note happened on this episode of Smackdown, which focused on either rematches from past weeks, challenges for future weeks, or challenges for future weeks of rematches from past weeks. WWE is in a holding pattern at this point, waiting for the Draft to shake up the rosters. Even still, WWE Smackdown is miles above Raw in pure watchability, due largely to to the shorter run time and the presence of charismatic stars like Roman Reigns, Big E, Baron Corbin, Becky Lynch, and Bianca Belair.

Just how different was the first episode of the New Era (TM) of WWE Raw compared to the Old Era? Do we really need to answer that?

WWE is promoting a "New Era" for the season premiere of WWE Raw tonight, which means more of the same old crap but with different people involved.

Six new champions were crowned at Impact Wrestling Bound for Glory, with one title changing hands twice and another awarded for the first time.

Marvel unveiled four Madelyne Pryor variant covers for the final issue of Hellions, which will be consciously unpublished in December.