In the aftermath of regicide, a young man tries to find a path forward when everything is uncertain and finds someone else doing the same thing. Yes, Black Panther Legends #2 tells a story that even Eric Jerome Dickey has covered, but this presentation is both intriguing and enthralling.

King T'chaka has been buried in Wakanda, and his teenaged son, the crown prince T'challa travels through the continent on a kind of vision quest to prepare himself for the throne. Along the way, he gets robbed by some urchins, uncovers a plot, and works to better the lives of the forgotten. When a white-haired weather manipulator shows up, it's honestly magical.

This script from Tochi Onyebuchi does such great things with these familiar plot elements, imbuing such humanity into the characters and presenting situations that flow logically into each other. The artwork from Setor Fiadzigbey, Fran Galan, Paris Alleyne, Ian Herring, and Joe Sabino brings these sparse, almost haunted environments to life effectively. This is a succinct, laser-focused telling of this tale that's perfectly packaged and well worth your time and money. RATING: BUY.

Black Panther Legends #2
By Tochi Onyebuchi, Setor Fiadzigbey
FOLLOW YOUNG T'CHALLA AS HE CONTINUES ON HIS HERO'S JOURNEY – AND MEETS THE LEGENDARY STORM! Three years after the death of his father, T'Challa continues his preparations to one day ascend the throne. After being rescued from poachers by a girl named Ororo who can control storms, he stays with her for a little while, meeting the other families she's been helping – and learning that he, and Wakanda, could be doing better by their neighbors. But threats back home are building, and they will not be so easily dealt with! Dive into the legend of the Black Panther in this new origin story by acclaimed author Tochi Onyebuchi and New York Times-bestselling illustrator Setor Fiadzigbey, perfect for middle grade readers! 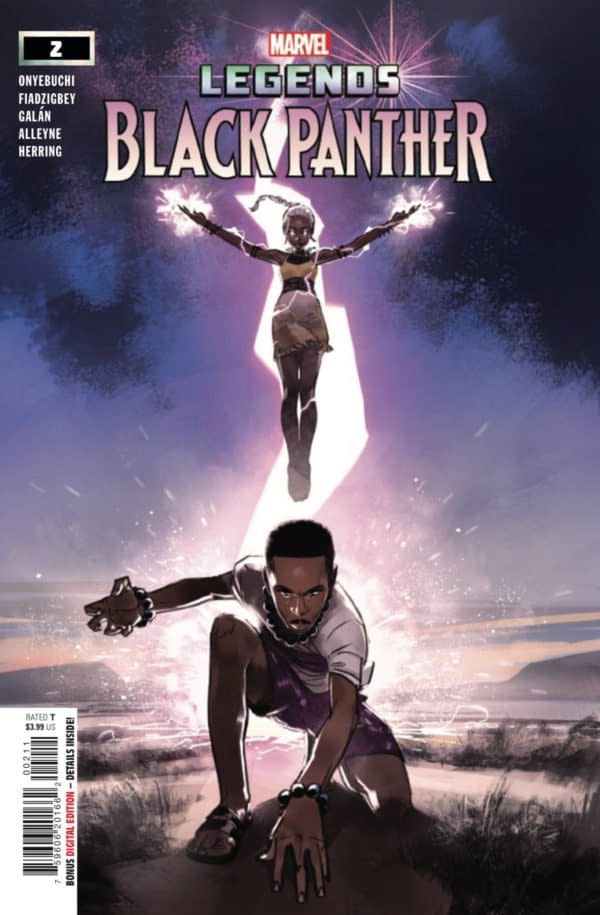 Comic Store In Your Future: 25 Hot Comics By Rodman Comics

Researching comics is part of what I do—the ever-changing shifts in demand for comics that I try to keep up with. One man's junk is another man's

Thank FOC It's Sunday-  Planned to coincide and cover the demands of Final Order Cut Off at Diamond Comic Distributors on Monday. And now Lunar

The Coming of the Silver Surfer and Galactus up for Auction

Fantastic Four #48, with the introduction of Silver Surfer and Galactus, has been a Marvel milestone for decades.

On Instagram and Twitter, DC Comics Publisher Jim Lee has been sharing a day in which he recently invited George Pérez to the DC Comics headquarters in