Bleeding Cool has been told to expect a lot more cancellations that orginally thought for Marvel titles for February of March – but also to expect a very cool guest artist for an issue or 2 of Thor. But for now, courtesy of Marvel's favourite websites Newsarama,  CBR and Comic Book…. Marvel solicitations for February… Frankensteining them together as they come in.

ALL-NEW CAPTAIN AMERICA #4
RICK REMENDER (W) • STUART IMMONEN (A/C)
VARIANT COVER BY PHIL NOTO
• Hydra initiates the next step in their scheme, millions of innocent souls hang in the balance.
• Cap is broken and nearly dead from the gauntlet of the new Hydra, so how can he take down the combined might of Cobra and the Armadillo in time to stop the great leveling?
• A mysterious woman from the past returns!
32 PGS./Rated T …$3.99

THOR #5
JASON AARON (W) • Jorge Molina (A)
Cover by RUSSELL DAUTERMAN
VARIANT COVER BY PHIL NOTO
• The mysterious all-new Thor has taken Midgard by storm. But if her enemies have their say, her reign as the Goddess of Thunder will be a short one.
• Prince Odinson is making a list and checking it twice.
• All-Father Odin is so desperate to see Mjolnir returned to Asgard that he will call on some very dangerous, very unexpected allies.
• And the Absorbing Man and Titania are just up to their usual tricks. Namely, robbing banks and crushing anyone who dares get in their way.
32 PGS./Rated T+ …$3.99

SUPERIOR IRON MAN #5
TOM TAYLOR (W) • YILDIRAY ÇINAR (A)
Cover by MIKE CHOI
THE SECRET ORIGIN OF TEEN ABOMINATION.
• TONY STARK'S actions of the past come back to hurt him in the present.
• Has his negligence bred monsters?
• And will those monsters destroy him?
32 PGS./Rated T …$3.99 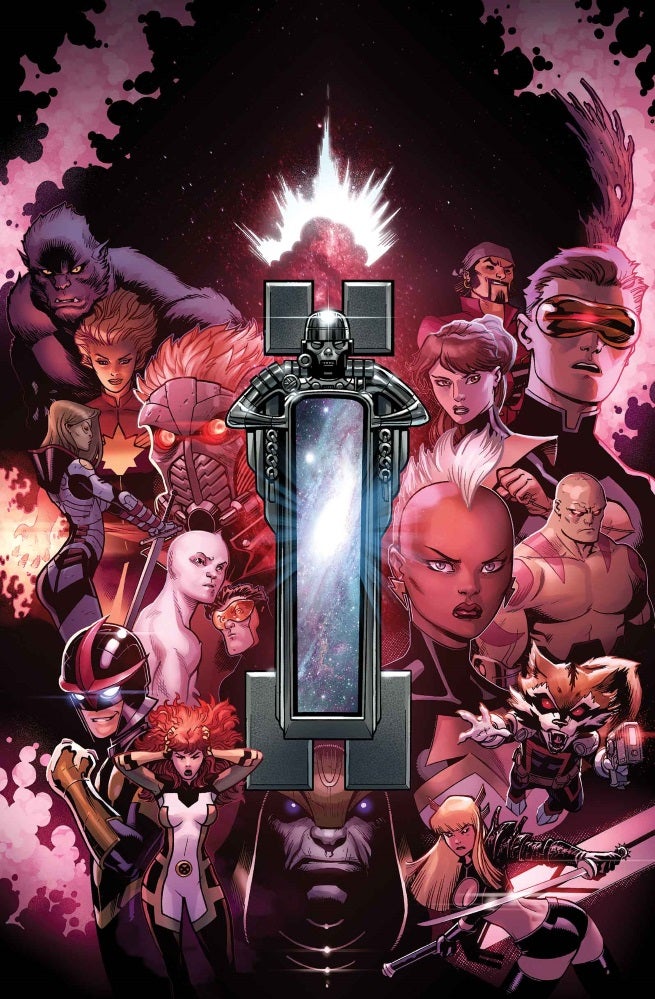 • The Black Vortex, an ancient artifact imbued with immeasurable power, is now in the hands of Mr. Knife!

• With billions of lives potentially at stake, Peter Quill, the Legendary Star-Lord, is going to have to dust off his thieving gloves.

• But with Knife's Slaughter Squad protecting him, Peter's probably going to need some help… 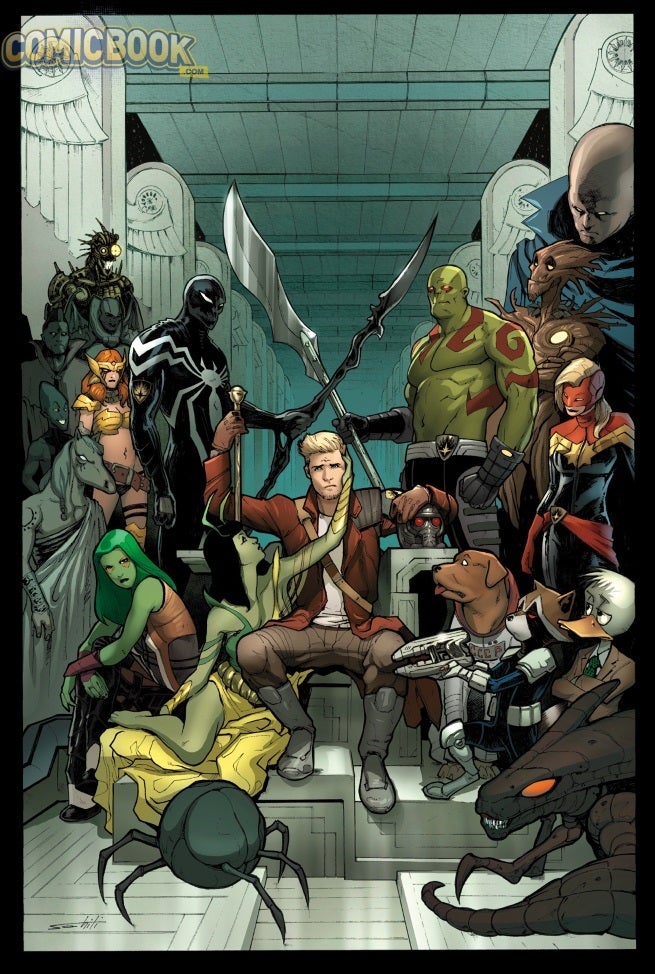 • The 2nd chapter of the BLACK VORTEX!

• With the Slaughter Squad hot on their tails, the X-Men and the Guardians of the Galaxy are going to have to find somewhere to stash this loot.

• The odds against them, their only option for gaining the upper hand might lie with the mysterious Black Vortex.

• Will the temptation of the Black Vortex's unknown power be too much for this band of misfits? 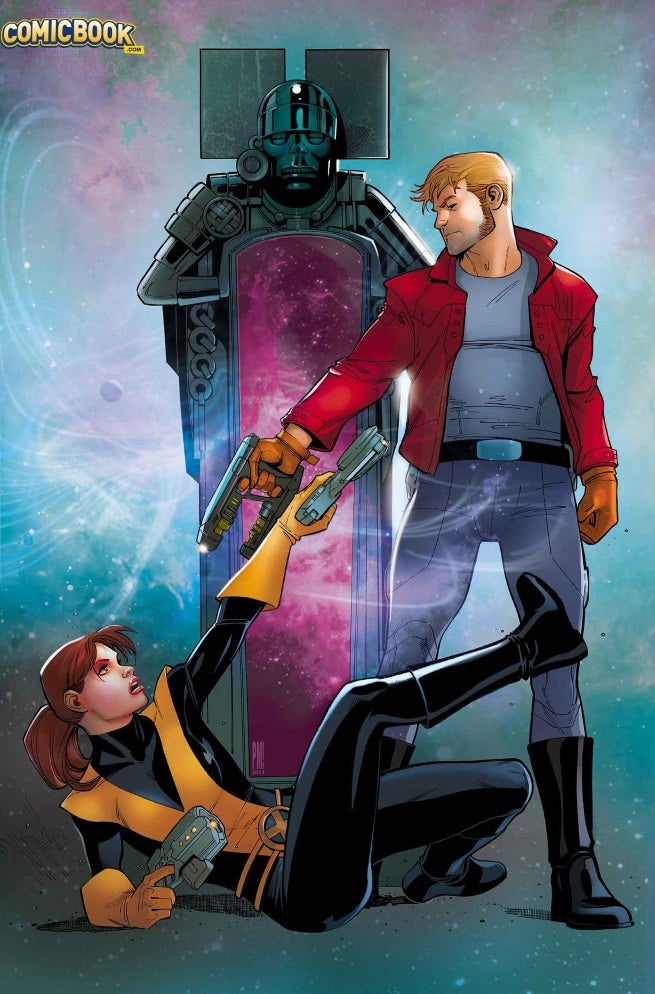 • The 3rd chapter of the BLACK VORTEX!

• With a schism forming within the assembled heroes, the youngest among them face the temptation of immeasurable power.

• Sometimes those with great power shirk their responsibility to use it for good, though.

• And with Knife and his new business partner looking to take back the Black Vortex, the group may have left themselves defenseless. 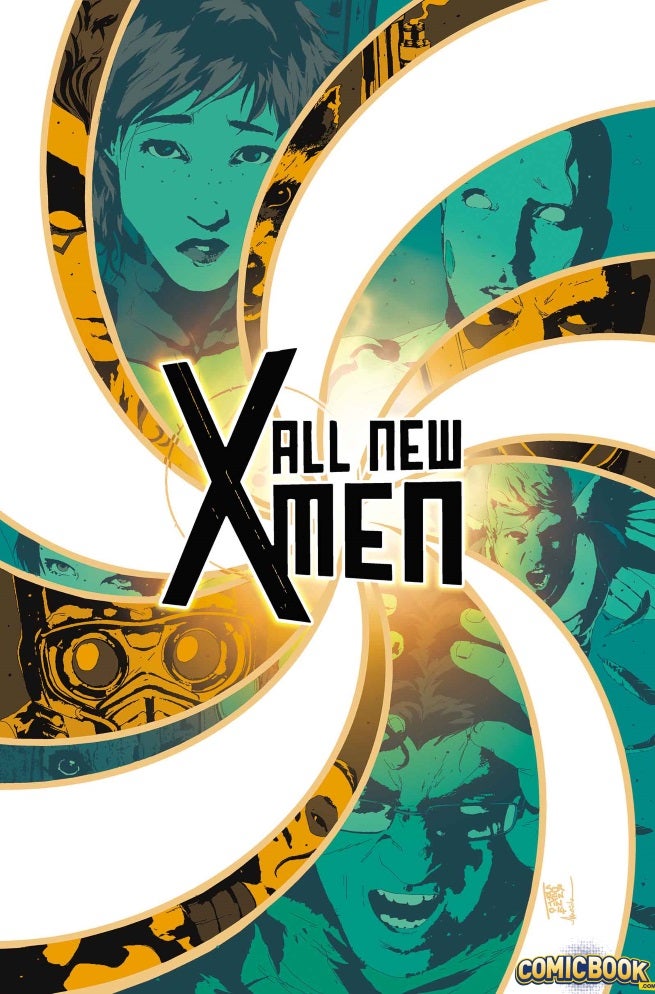 • The 4th chapter of the Black Vortex!

• With some of their members captured by the villainous Mr. Knife, the team must decipher the secrets of the Black Vortex. And quickly!

• But with the galaxy in chaos, they don't have too many options open to them.

• Maybe there's an old war-buddy Peter can call to help them out?

SPIDER-GWEN #1
JASON LATOUR (W) • ROBBIE RODRIGUEZ (A/C)
VARIANT COVER BY KRIS ANKA
YOUNG VARIANT BY SKOTTIE YOUNG
VARIANT COVER BY ADAM HUGHES
BLANK VARIANT ALSO AVAILABLE
SPIDER-GWEN SPINS INTO HER OWN SERIES!
• BECAUSE YOU DEMANDED IT! The breakout hit of the biggest Spider-Event of the century is taking comic shops by storm this winter with her own new ongoing series – SPIDER-GWEN!
• Gwen Stacy is Spider-Woman, but you knew that already. What you DON'T know is what friends and foes are waiting for her in the aftermath of Spider-Verse!
• From the fan-favorite creative team that brought you Spider-Gwen's origin story in EDGE OF SPIDER-VERSE, Jason Latour and Robbie Rodriguez!
32 PGS./Rated T+ …$3.99

SILK #1
ROBBIE THOMPSON (W) • STACEY LEE (A)
Cover by DAVE JOHNSON
Variant cover by Stacey Lee
YOUNG VARIANT BY SKOTTIE YOUNG
Cindy Moon exploded out of her bunker and into the Marvel Universe when we first learned that she had been bitten by that same radioactive spider in the first arc of AMAZING SPIDER-MAN. She then went on to save Peter Parker's life (more than once!) and traverse the Spider-verse alongside Spider-Woman. Now, as SILK, Cindy is on her own in New York City, searching for her past, defining her own future, and webbing up wrong-doers along the way! Robbie Thompson (writer from TV's Supernatural) fills this new ongoing series with his unique blend of antics and feels. Featuring stunning covers by Eisner Award winner Dave Johnson and interiors by future superstar Stacey Lee.
32 PGS./Rated T …$3.99

AMAZING SPIDER-MAN #14 & 15
DAN SLOTT (W) • Issue #14 – OLIVIER COIPEL (A)
CoverS by GIUSEPPE CAMUNCOLI
Variant Cover by GABRIELE Dell'Otto
VARIANT COVER BY PHIL NOTO
Marvel Animation Variant by JEFF WAMESTER
Issue #15 – GIUSEPPE CAMUNCOLI (A)
VARIANT COVER BY Simone Bianchi
ISSUE #14 –
• THE CLIMACTIC CONCLUSION TO SPIDER-VERSE!
• The Prophecy is coming to fruition but Superior Spider-Man has something up his sleeve.
32 PGS./Rated T …$3.99
ISSUE #15 –
• SPIDER-VERSE EPILOGUE
• See the fallout of Spider-Verse and what it means to Peter Parker and the rest of the Spiders!
32 PGS./Rated T …$3.99

The Wrong Way Of The Househusband, The Daily LITG, 19th of April 2021

Zatanna Zatara was created by Gardner Fox and Murphy Anderson, and first appeared in Hawkman #4 in 1964 from DC Comics. Both a stage magician and an

Unhappy Camper is a new middle-grade graphic novel by Lily LaMotte and Ann Xu, to be published in the summer of 2022. Picked up by Clarissa Wong at

Batman And The Joker Top The Bleeding Cool Bestseller List

June's The United States of Captain America #1 from Marvel Comics will introduce a number of new characters, including Aaron Fischer is described as "the

Kaare Andrews is one of my favourite comic book creators, with a shifting, malleable style that jumps from genre to genre, with a mastery of light and

The Wrong Way Of The Househusband, The Daily LITG, 19th of April 2021

Venom Cameos In Amazing Spidey #299 At Auction Today At Heritage

What really is the first appearance of Venom why is it NOT #299 people? It is on auction at Heritage Auctions today.

The Strange Story Behind 1950's Strange Adventures #1 from DC Comics

Strange Adventures #1 represents a key turning point in the history of DC Comics and is a fascinating artifact of science fiction history.

Why are Impulse and Gold Beetle jumping off a building in this preview of The Flash #769? Guess you'll just have to click to find out.

With her book in double digits in this preview of Spider-Woman #11, Jessica Drew takes matters into her own hands and reboots herself before Marvel gets the chance!

Batgirl & Nightwing Talk @#$% Behind Batman's Back in Nightwing #79

You won't believe what Dick and Barbara have to say about Batman when he isn't listening in this preview of Nightwing #79 from DC Comics!