Home » Comics » Doing A Little Sherbet, With Everyone From Amy Reeder To Shaky Kane

Sherbet is a labour of love five years in the making. It is a comedy/drama/horror comic, about Sherbet Lock, a female version of Sherlock Holmes from the retro-future who solves paranormal mysteries. Following the 'monster of the week' format made famous by paranormal shows like X-Files, Buffy and Doctor Who, the Sherbet TPB we're Kickstarting features a series of short adventures wherein Sherbet encounters monstrous foes ranging from the old and familiar to the downright disgustingly new.

We're insanely proud of this book, because we created the kind of comic we want to read, about the kinds of characters we wanted to read about. Even in a world where there are currently at lease three big Sherlock Holmes-inspired franchises (and countless more on the way), we are confident that there's nothing out there quite like our book; 'Sherbet'. It's a counter-culture comic that eschews most of the modern comic book storytelling conventions in vogue right now. It's a tonal throwback to 80s/90s mature reader titles where the humour was as dark as the subject matter and comics were barely censored at all.

I think a glance at our animated trailer probably illustrates that better than my words can here:

Well in advance of launching the Sherbet Kickstarter, we commissioned as many of our favourite artists as possible to give us their take on Baker City's brightest Detective. We simply told them that we wanted them to draw Sherbet, along with some kind of supernatural element. The results were as staggering as they were varied… 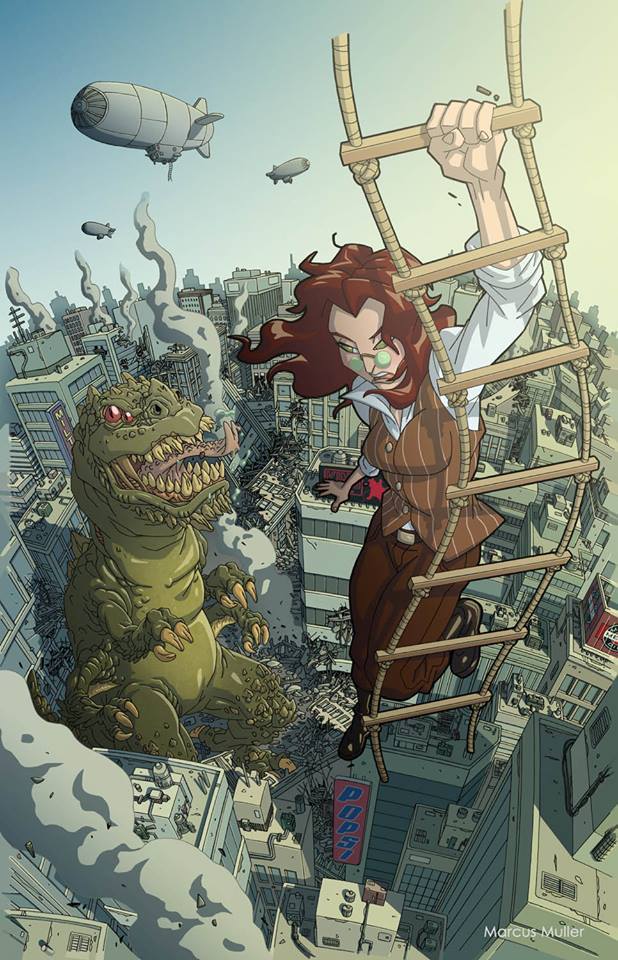 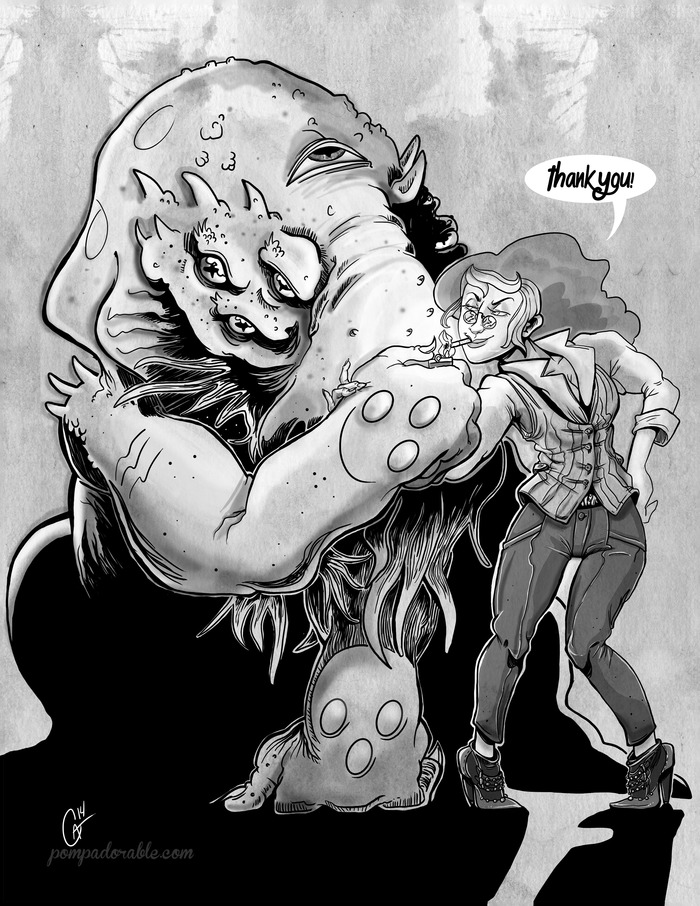 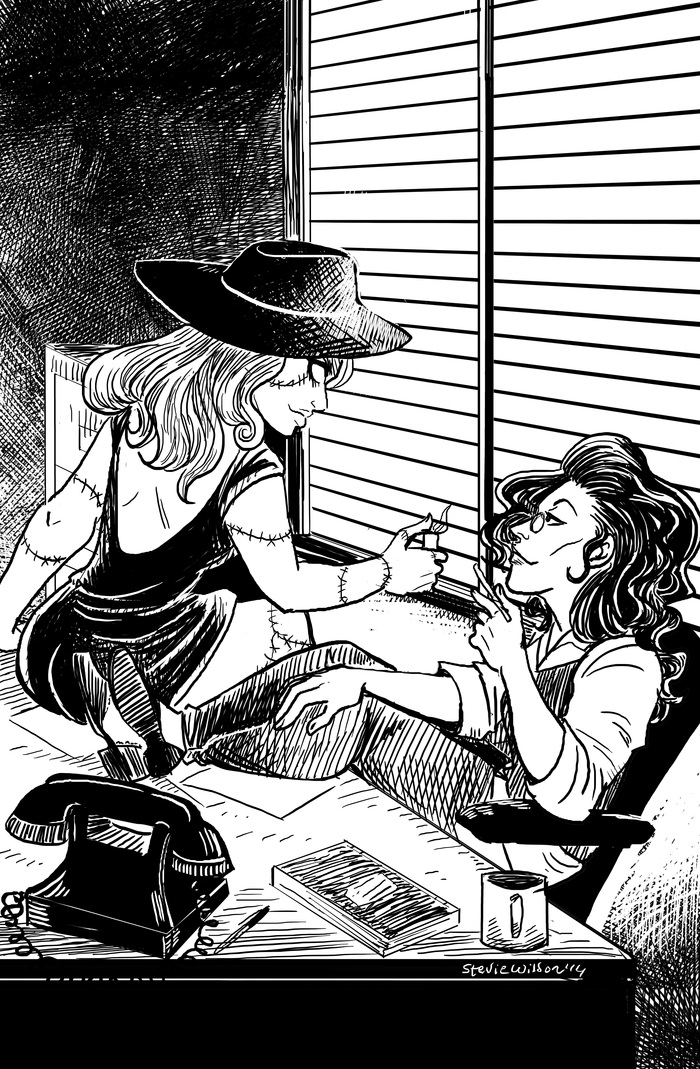 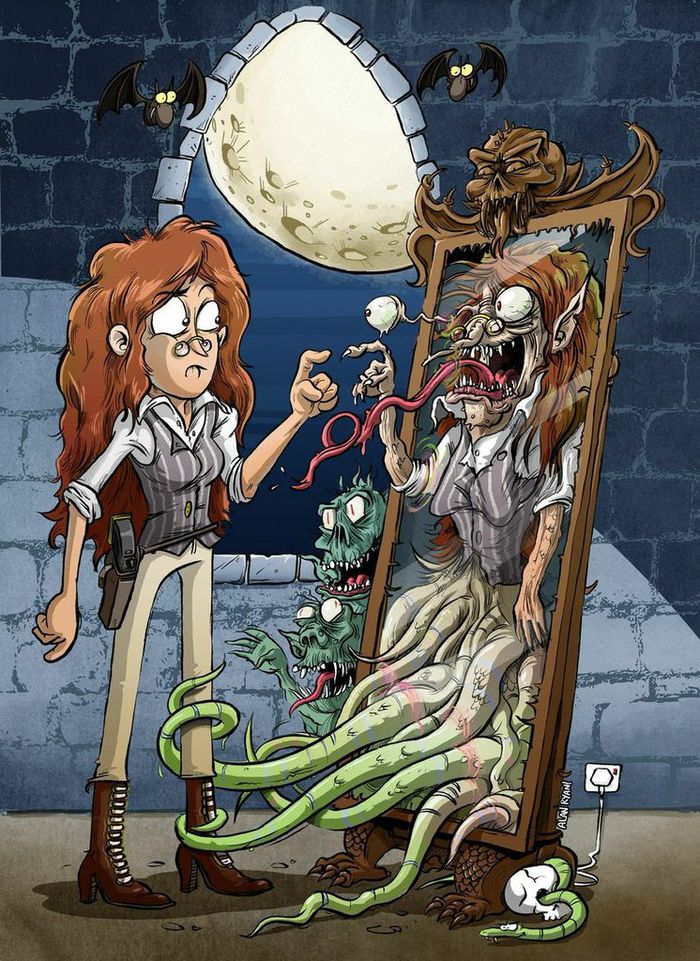 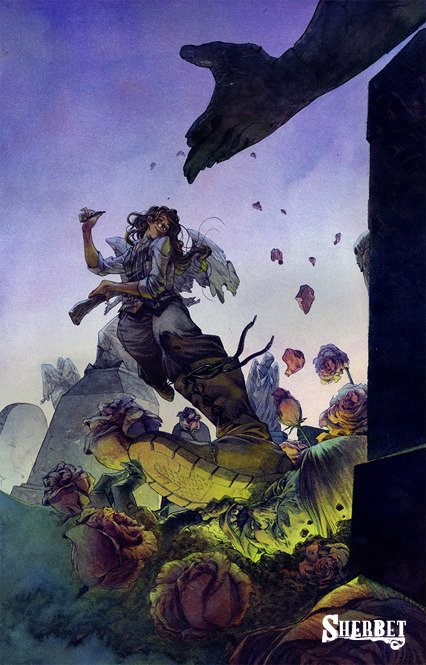 *Limited edition prints of these pieces have been made available on the Kickstarter page.

For every $1000 we make on Kickstarter we've been releasing new pages of art to our backers that have never been seen by people who aren't associated with the project, along with character bios and other DVD extra-type monkey business. If the Bleeding Cool audience are able to help us reach $5000 of our $8000 goal by the end of Monday, we're going to send special Sherbet postcards to all backers who bought physical copies of the book ($25 and up). So we'll see you on our Kickstarter backers-list (we hope)!