After meticulous study, Bleeding Cool is currently preparing to publish the final, complete DC Timeline that Dan DiDio had planned to run alongside 5G, was published in the pulped Free Comic Book Day title for 2020, and would have defined the DC Universe going forward. The moment this tweet hits 100 retweets it will be lined up to run. I am in a capricious mood. But what does this mean for Superman & The Authority by Grant Morrison and Mikel Janin?

It was a move that Bleeding Cool first reported in 2019, and Grant Morrison has talked about how originally the plan that they rejected was to have a more authoritarian Superman forming The Authority while his son Jonathan Kent took over in the main Superman role. James Tynion IV talked about how dictatorial 5G plans were for creators. But Grant, because it's Grant, wrote something different. However, it may betray some of its 5G plans. 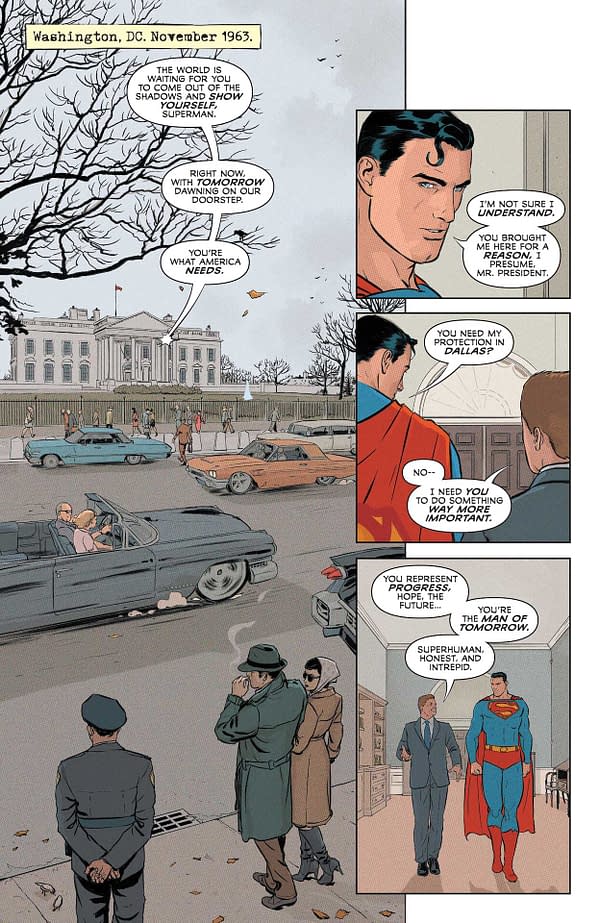 One of the main aspects of 5G was the new DC Timeline, taking the entirety of the DC Universe and laying it out chronologically,m stating what happened in what year. The upcoming Bleeding Cool will reveal all but we can tell you about two timezones that are featured in Superman & The Authority. 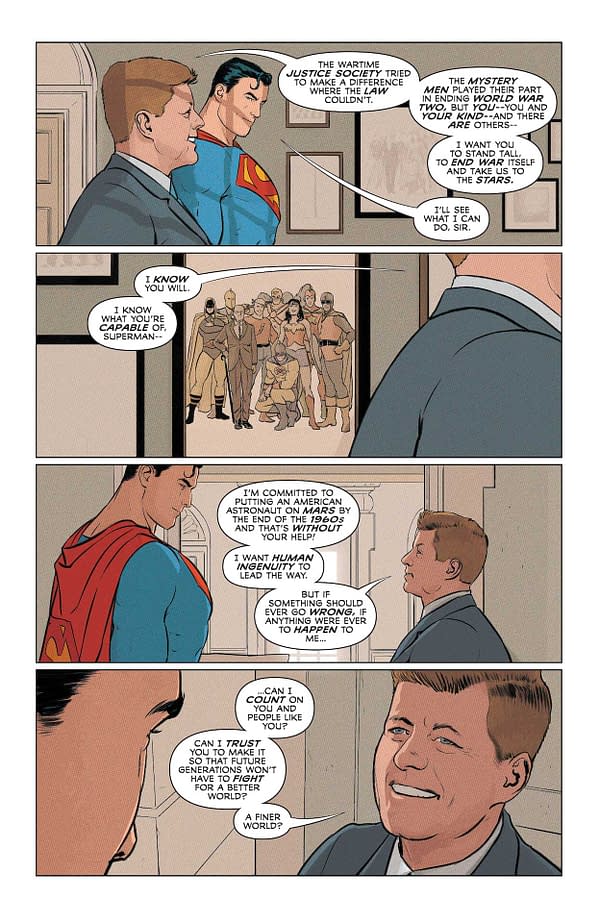 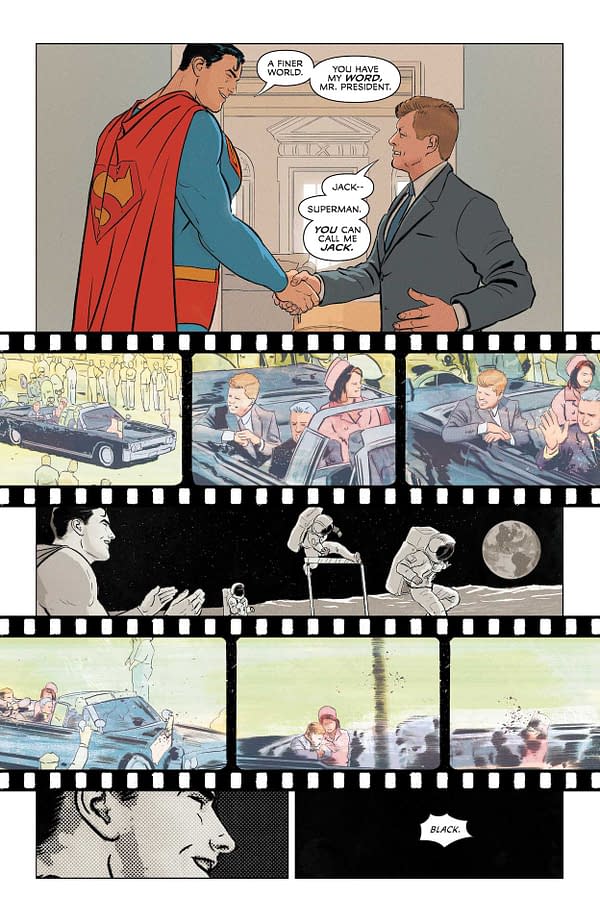 Now, according to the DC Timeline we have been working with, Superman would have been at the very beginning of his career around then (though the dates may have been juggled with after 5G was dumped. 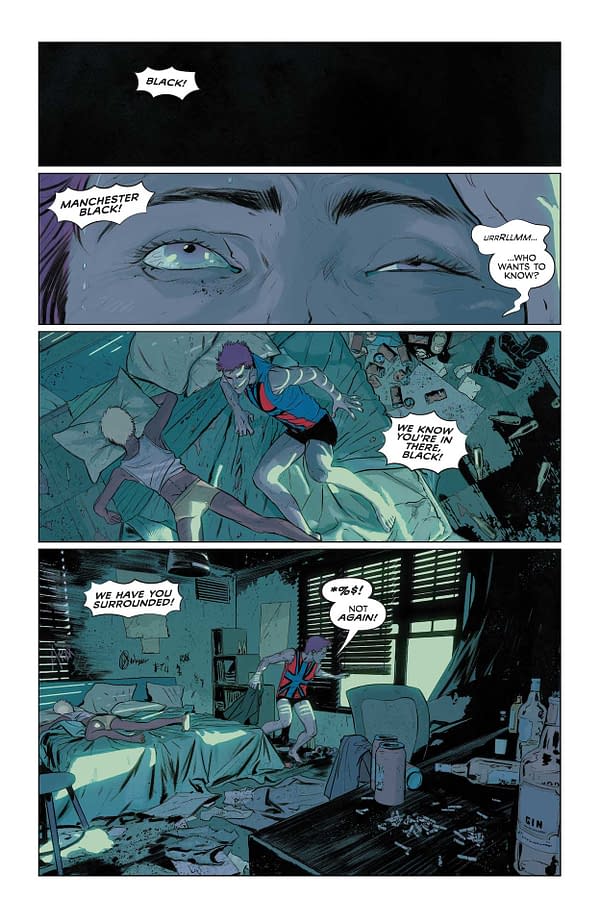 And the modern-day scenes, with a grey-haired Superman wearing a Kingdom Come Superman-style top would have had Superman in his late fifties/early sixties according to the now-abandoned DC Timeline. And yes the sums don't add up, that's part of what we'll be revealing when this tweet hits a hundred. 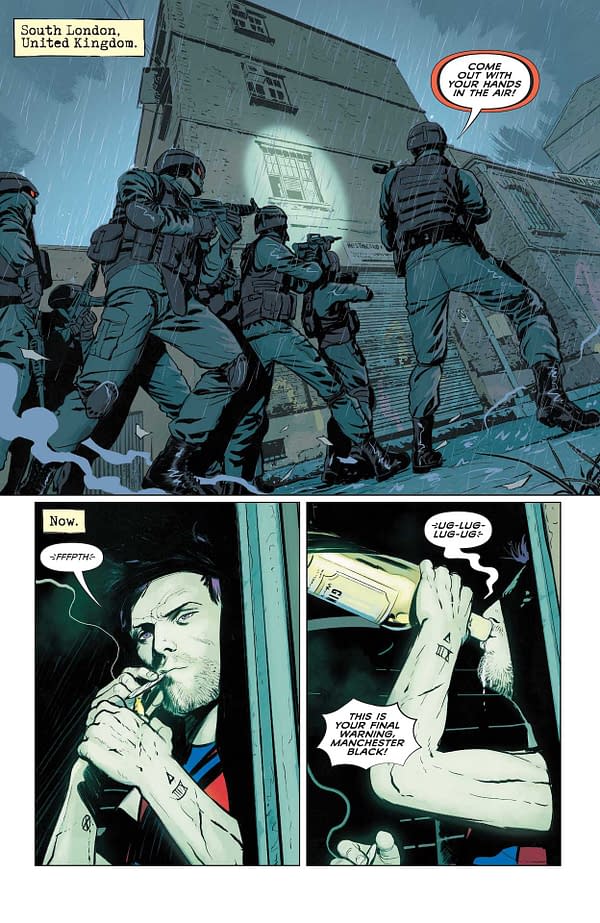 And while, yes, the events of Superman & The Authority published on Tuesday will be affecting the Infinite Frontier Superman books, it is clear that a) this is not the DC Timeline that the other Superman books are set in and b) it is a glimpse of what those original Dan DiDio plans were. 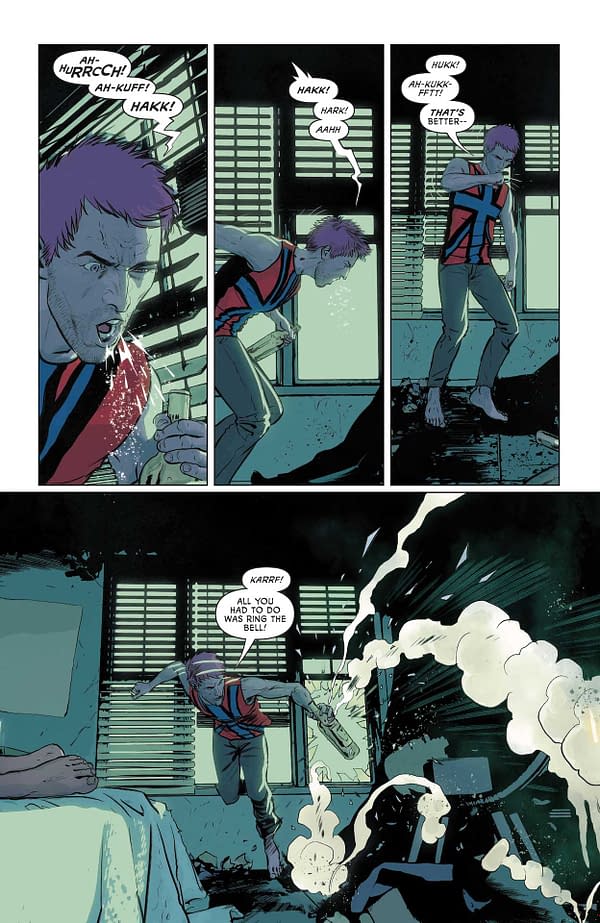 Oh, and Mikel Janin has tweeted more of the project's meandering journey…

SUPERMAN AND THE AUTHORITY #1 (OF 4)
(W) Grant Morrison (A/CA) Mikel Janin
So metimes even Superman finds a task almost impossible. Sometimes even the Last Son of Krypton needs to enlist help. Some tasks require methods and heroes that don't scream Justice League. So Clark Kent, the Metropolis Marvel, seeks out Manchester Black, the most dastardly of rogues, to form an all-new Authority tasked with taking care of some business on the sly. Not only will Black know the right candidates for the team, but if Superman can make him behave himself and act in service of the greater good, then he'll prove literally anyone can be a hero! They'll have to move quickly, however, as the Ultra-Humanite forms his own team to take out the Man of Steel. This new limited series helps launch an all-new Superman status quo, setting up story elements that reverberate across both Action Comics and Superman: Son of Kal-El in the months to come. And not only is Superman putting together a superstar team, but it takes superstars to tell the tale: Grant Morrison (The Green Lantern, All-Star Superman) and Mikel Janin (Batman, Future State: Superman: Worlds of War)!
In Shops: 7/20/2021  $4.99

Michaela Coel's I May Destroy You Is Television's First Watchmen

This article originally ran over a year ago, celebrating the debut of I May Destroy You, Michaela Coel's now-Emmy Award-winning BBC TV drama.

The Return Of The Guilt Hulk – In Symbiote Spider-Man (Spoilers)

The Guilt Hulk as created by Peter David and Dale Keown first appeared in The Incredible Hulk Vol. 2, #377 in 1991, as a malevolent representation of

Steve Rogers is Captain America. But what is his family history? In the comic books, it has been previously established that he was born on the 4th of

X-Men #3 Preview: Who Invited the High Evolutionary to This Party?

The X-Men are none-too-pleased to see the High Evolutionary arrive on Krakoa in this preview of X-Men #3, in stores on Wednesday from Marvel.