Another week, another delay for Doomsday Clock #10. Can they just pick a date and stick to it, rather than engage in this weekly game of push-me-pull-you with the schedules?

Seems not. Two weeks ago, it had slipped from March to the beginning of April, and now it has slipped back further to the 17th of April…

Tick tock… the collection is still scheduled for November. A week after Alan Moore's 66th birthday… 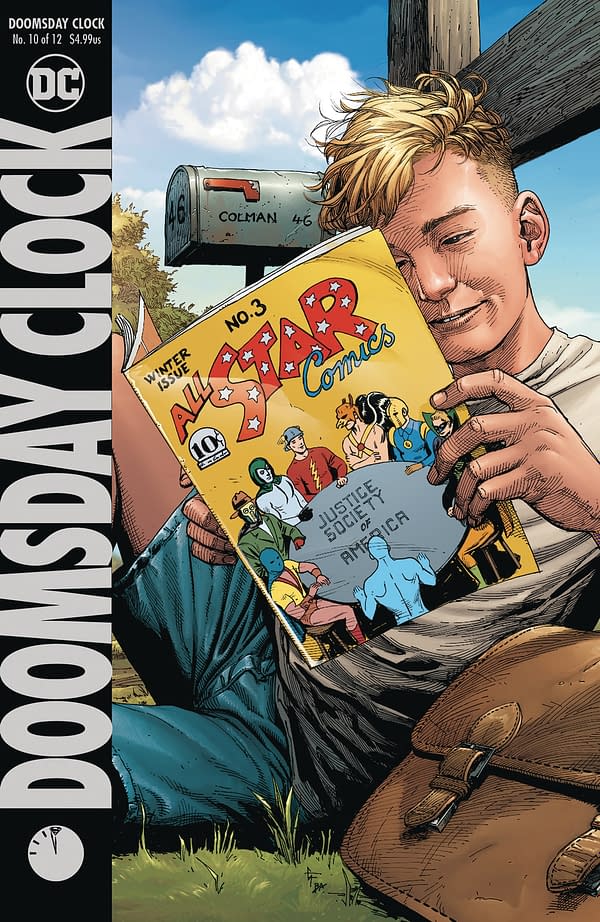 Doomsday Clock is the unauthorised sequel to… something other. I forget what. That was late too.